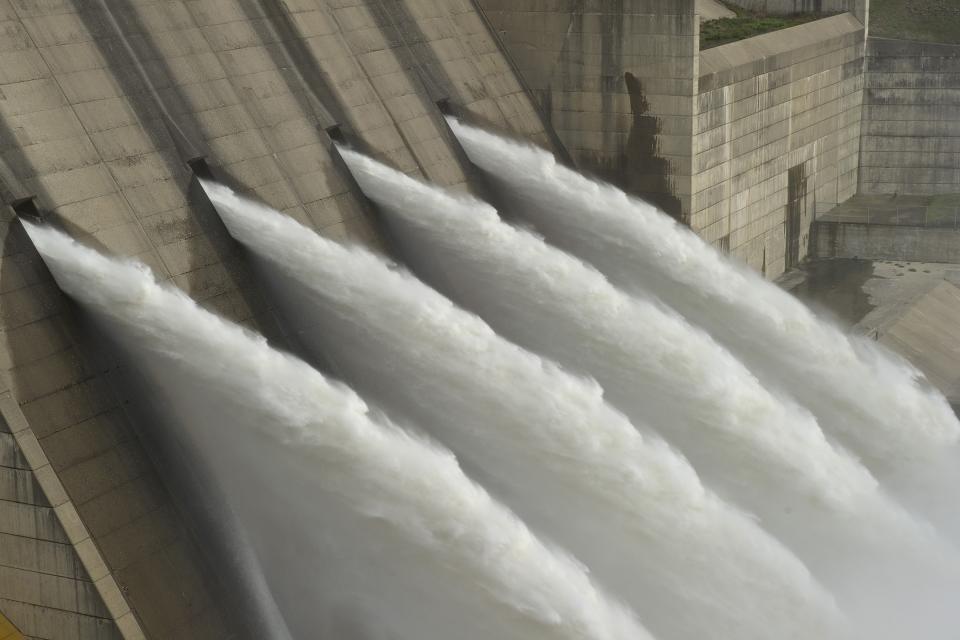 Today, California and neighboring states are home to a vast integrated system of federal, state and locally owned dams that help with flood management, water storage and water transport. Flood management projects, for example, have prevented billions of dollars’ worth of damage and countless lives lost. Hydropower from dams also provides a relatively pollution-free source of electricity, and has helped lessen dependence on oil, gas and coal. Hydropower generates 15 to 20 percent of the annual electricity in California, according to the California Energy Commission.

There are 1,472 federal dams and state-regulated dams in California, with an unknown number of smaller, private dams that do not fall under the state’s jurisdiction.

There are many types of dams (concrete, timber, masonry and earthen) for a variety of purposes (flood control, water supply, mining tailings impoundment, debris and diversion). Major water supply and flood control dams such as Shasta, Oroville and Folsom are concrete or embankment dams, which describes the type of materials used to build the dams. Primary types of concrete dams are gravity, arch and roller-compacted concrete. Embankment dams like Oroville are very common and can be comprised of soil, rock or a blending of the two.

Dams focus primarily on storing water and then getting the water to the right place at the right time. In California, this system has helped spark important economic activity in arid or semi-arid areas of the state, including the agricultural Central Valley and Southern California.

As part of this, nearly 75 percent of the available water originates in the northern third of the state (north of Sacramento), while 80 percent of the demand occurs in the southern two-thirds of the state. The demand for water is highest during the dry summer months when there is little natural precipitation or snowmelt. California’s capricious climate also leads to extended periods of drought and major floods. 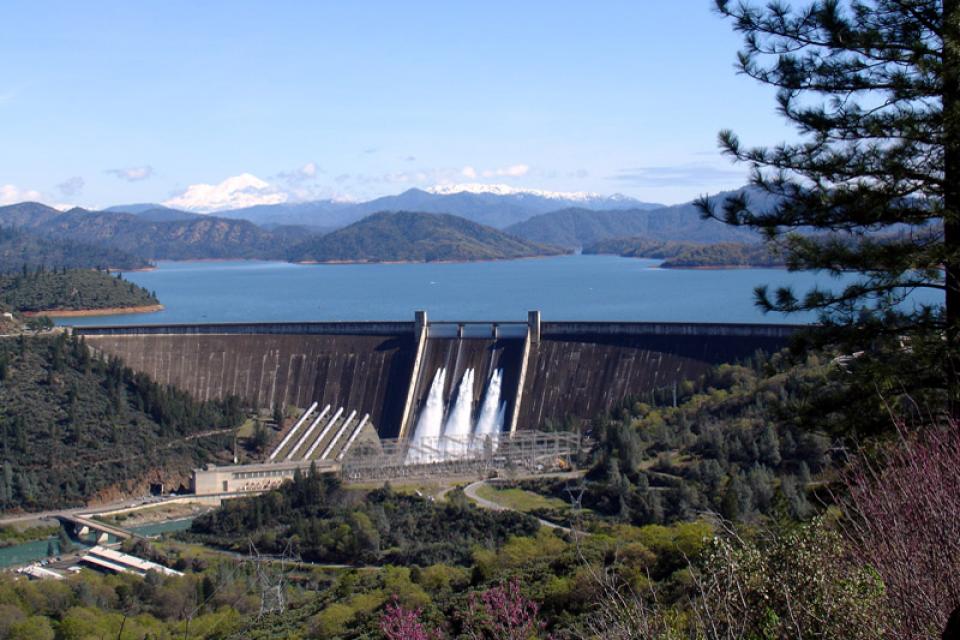 To help meet this demand, a series of dams were built on the western slope of the Sierra Nevada for both flood control and water supply. These include Shasta Dam on the Sacramento River, Oroville Dam on the Feather River and Folsom Dam on the American River.

Dams and the Future

Changing public values and a greater awareness about ecosystems and the importance of keeping them healthy have generated governmental and private efforts to lessen some of the impacts caused by dams. Water officials say achieving a careful balance among agricultural, urban, and environmental interests is considered key.

In 1972, for instance, the state Legislature moved to preserve the North Coast’s free-flowing rivers from development by passing the California Wild and Scenic Rivers Act, preserving about a quarter of the state’s undeveloped water in its natural state. The act prohibits construction of dams or diversion facilities, except to serve local needs, on portions or entire rivers around the state.

More recently, there has been a growing trend of storing water underground and interest in off-stream dams. Sub-surface storage in aquifers has several advantages over surface water storage. Sub-surface storage is far less damaging to the environment than the construction of reservoirs and dams, and usually does not require an extensive distribution system. Water banked underground also has a much lower evaporation rate than surface reservoirs. One drawback, however, is sometimes litigious water rights issues.

In November 2014 voters passed Proposition 1, the Water Quality, Supply and Infrastructure Improvement Act, which included $2.7 billion for the public benefit aspect of surface water reservoirs and groundwater storage. In 2018, the California Water Commission awarded $816 million in Prop. 1 money to build Sites Reservoir, an off-stream reservoir an hour northwest of Sacramento, and $459 million to expand Los Vaqueros Reservoir, an off-stream reservoir in eastern Contra Costa County. The panel also awarded $171 million to Temperance Flat, a dam and reservoir proposed for the San Joaquin River.

There are some dams in the state eyed for removal because they are obsolete – choked by accumulated sediment, seismically vulnerable and out of compliance with federal regulations that require environmental balance. Dam removal is expensive, usually exceeding $100 million, not including the cost of initial studies. But for some dam owners the cost of removal is less expensive than effecting the necessary modifications such as fish ladders or seismic safety retrofits.

In the Klamath River Basin there is an effort to restore the river by removing four hydroelectric dams — the largest such project in U.S. history. The aim is to improve water quality, revive fisheries and boost tourism. 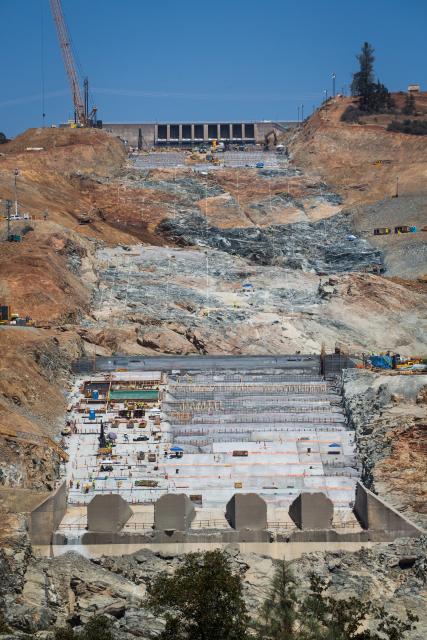 In California, the average age of the 1,246 dams that fall under the jurisdiction of the Department of Water Resources’ Division of Safety of Dams (DSOD) is 70 years. Following the 2017 Oroville spillways incident, then-Gov. Jerry Brown directed DSOD to conduct more detailed evaluations of dam appurtenance structures, such as spillways, to include geologic assessment and hydrological modeling. Brown ordered the new review to be expedited for dams that have spillways and structures similar to Oroville Dam before the next flood season.

According to DSOD, 1,145 dams within its jurisdiction are rated satisfactory, with no identified deficiencies. There are 101 dams with identified dam safety deficiencies that are rated as fair, poor, or unsatisfactory. DSOD may require a restriction of the reservoir storage to a specific level if unsafe conditions exist or require the dam owner to implement other risk reduction measures until remedial actions can be implemented. 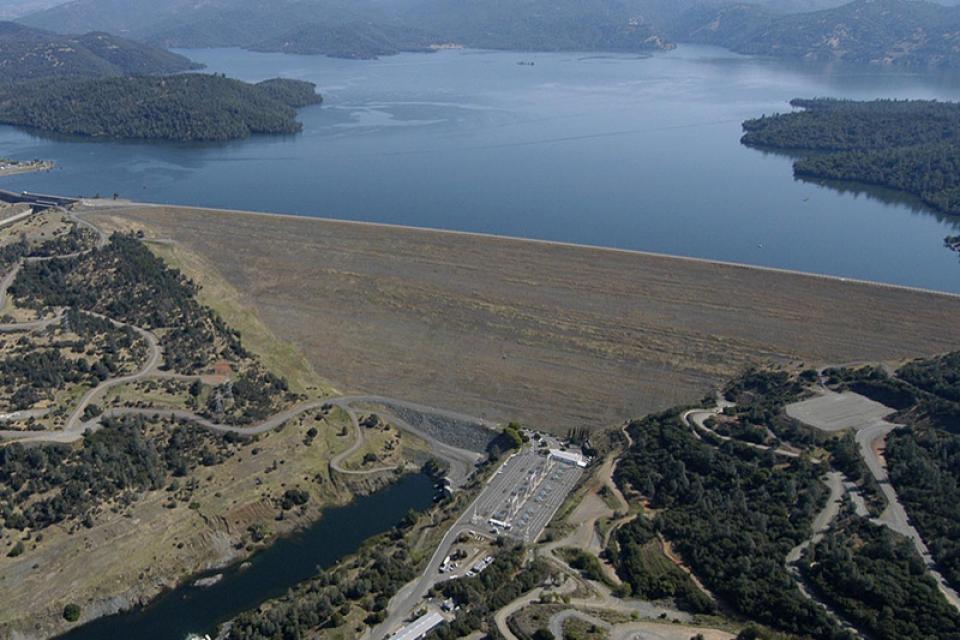 Oroville Dam is the centerpiece of the State Water Project and its largest water storage facility.

Located about 70 miles north of Sacramento at the confluence of the three forks of the Feather River, Oroville Dam is an earthfill dam (consisting of an impervious core surrounded by sands, gravels, and rockfill materials) that creates a reservoir that can hold 3.5 million acre-feet of water. 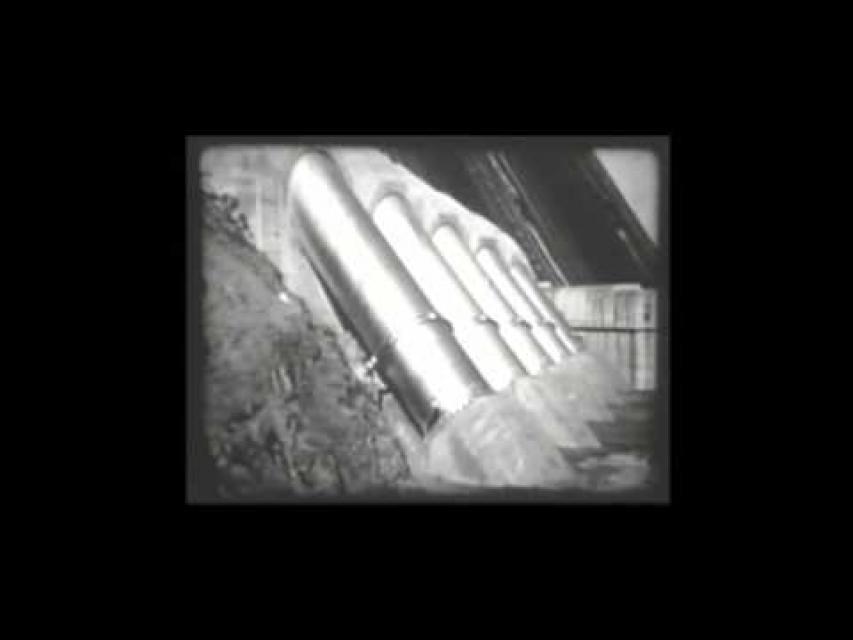 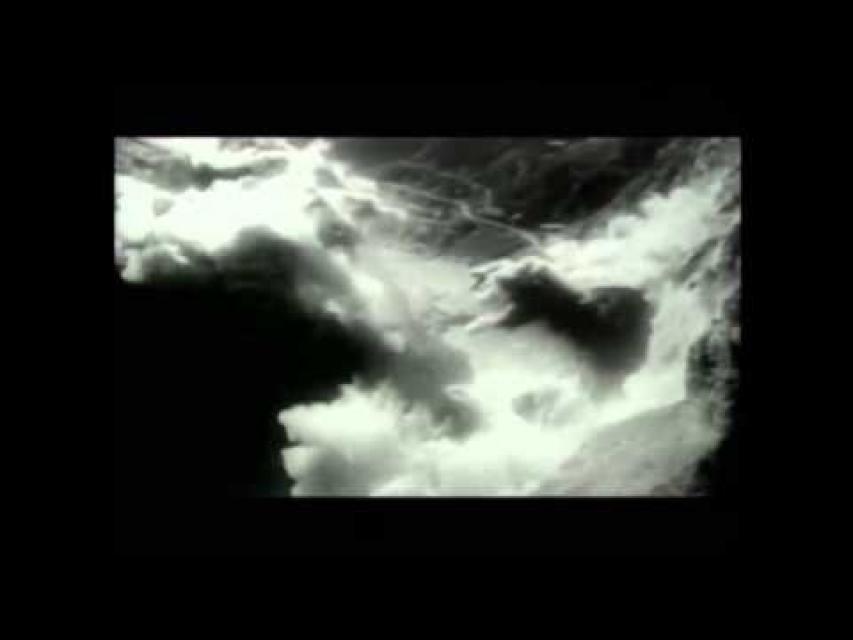 One of the largest hydroelectric facilities in the United States and a National Historic Landmark, Hoover Dam produces enough power to serve more than 1.3 million people. The dam also helps with flood control, irrigation and water storage along the Colorado River.