California water, the Delta, Lake Tahoe, the Klamath River, the Salton Sea, and drinking water issues are some of the places and water issues featured in public television documentaries developed by the Water Education Foundation in partnership with independent television producers. Three of the documentaries have received regional Emmys; the 2005 program Water on the Edge received a bronze Telly award.

The Foundation also has produced a series of educational programs on groundwater, water conservation, water recycling and more. These 15- to 20-minute videos and/or DVDs are designed for agencies to use for employee training or for presentations and community group meetings, and serve as a valuable resource for students, professors and other researchers. 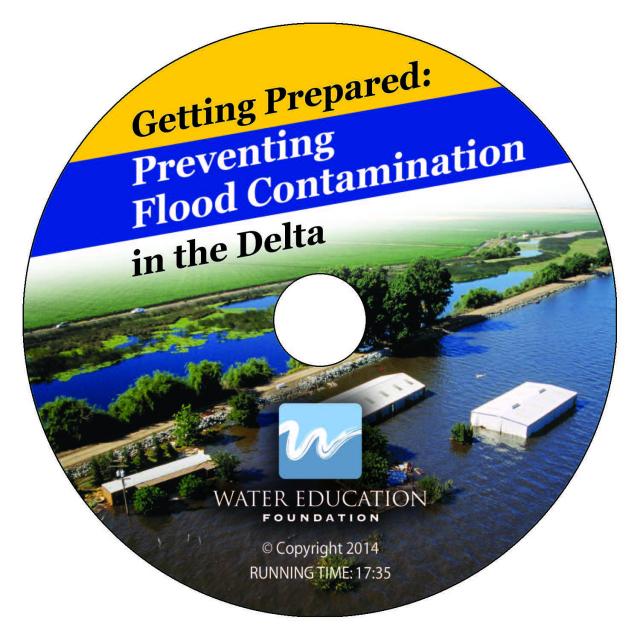 Getting Prepared: Preventing Flood Contamination in the Delta Running time 17:35

When it comes to flooding in the Sacramento-San Joaquin Delta, it’s not a matter of “if,” but “when.”

“Getting Prepared: Preventing Flood Contamination in the Delta” takes a look at the real threats of flooding in the Delta and what do to minimize the damage when it happens.

For more than 100 years, dangerous floods have struck the 700-plus-mile maze of sloughs and waterways known as the Sacramento – San Joaquin Delta. 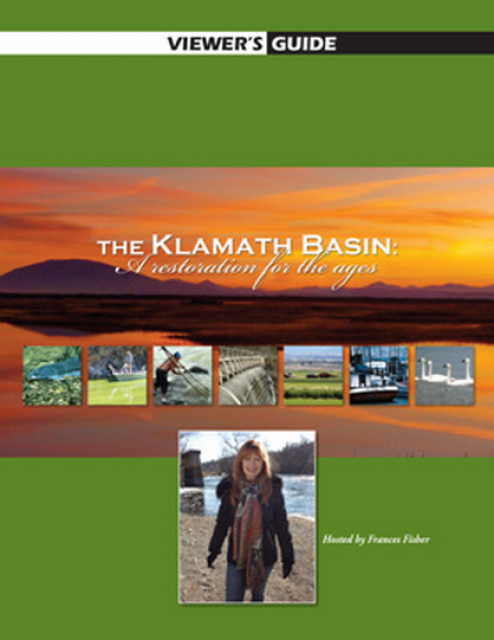 The Klamath Basin: A Restoration for the Ages (60 min. DVD)

For over a century, the Klamath River Basin along the Oregon and California border has faced complex water management disputes. As relayed in this 2012, 60-minute public television documentary narrated by actress Frances Fisher, the water interests range from the Tribes near the river, to energy producer PacifiCorp, farmers, municipalities, commercial fishermen, environmentalists – all bearing legitimate arguments for how to manage the water. After years of fighting, a groundbreaking compromise may soon settle the battles with two epic agreements that hold the promise of peace and fish for the watershed. View an excerpt from the documentary here.

The Klamath Basin: A Restoration for the Ages (20 min. DVD)

20-minute version of the 2012 documentary The Klamath Basin: A Restoration for the Ages. This DVD is ideal for showing at community forums and speaking engagements to help the public understand the complex issues related to complex water management disputes in the Klamath River Basin. Narrated by actress Frances Fisher. 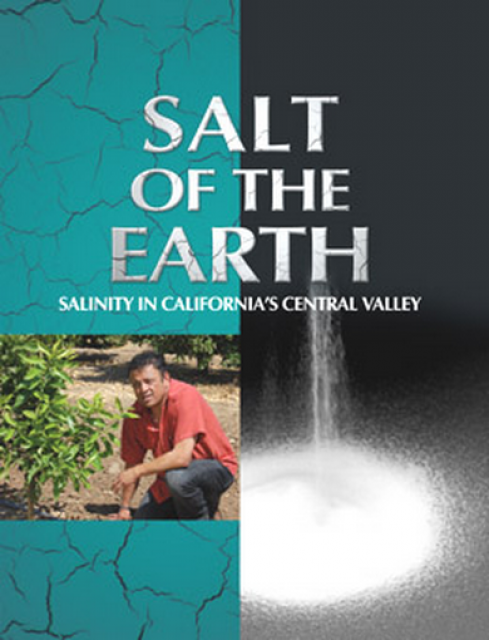 A 20-minute version of the 2008 public television documentary Salt of the Earth: Salinity in California’s Central Valley. This DVD is ideal for showing at community forums and speaking engagements to help the public understand the complex issues surrounding the problem of salt build up in the Central Valley potential – but costly – solutions. Narrated by comedian Paul Rodriquez. 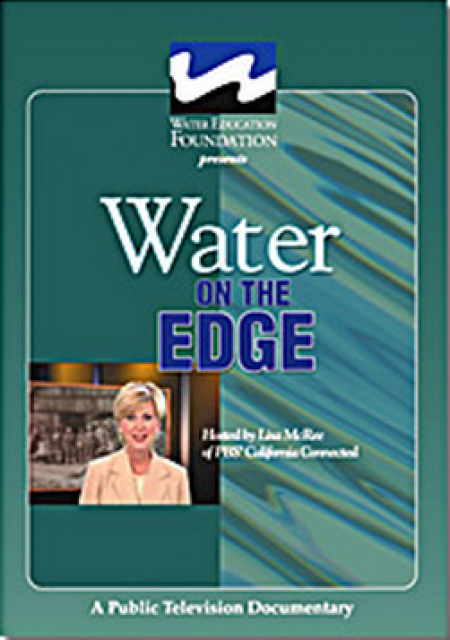 Water truly has shaped California into the great state it is today. And if it is water that made California great, it’s the fight over – and with – water that also makes it so critically important. In efforts to remap California’s circulatory system, there have been some critical events that had a profound impact on California’s water history. These turning points not only forced a re-evaluation of water, but continue to impact the lives of every Californian. This 2005 PBS documentary offers a historical and current look at the major water issues that shaped the state we know today. Includes a 12-page viewer’s guide with background information, historic timeline and a teacher’s lesson. 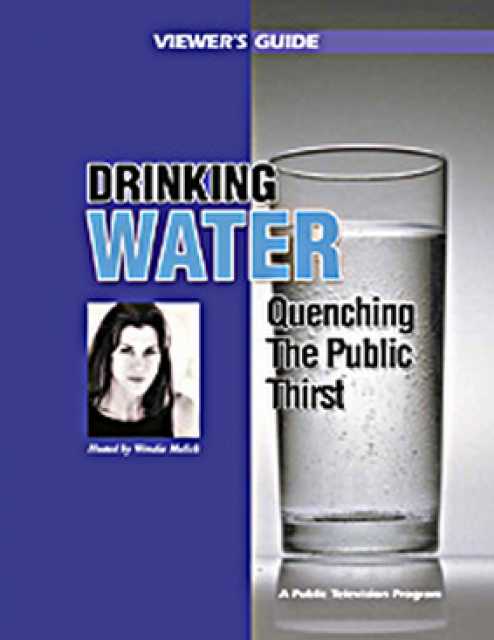 Many Californians don’t realize that when they turn on the faucet, the water that flows out could come from a source close to home or one hundreds of miles away. Most people take their water for granted; not thinking about the elaborate systems and testing that go into delivering clean, plentiful water to households throughout the state. Where drinking water comes from, how it’s treated, and what people can do to protect its quality are highlighted in this 2007 PBS documentary narrated by actress Wendie Malick.

A 30-minute version of the 2007 PBS documentary Drinking Water: Quenching the Public Thirst. This DVD is ideal for showing at community forums and speaking engagements to help the public understand the complex issues surrounding the elaborate systems and testing that go into delivering clean, plentiful water to households throughout the state. 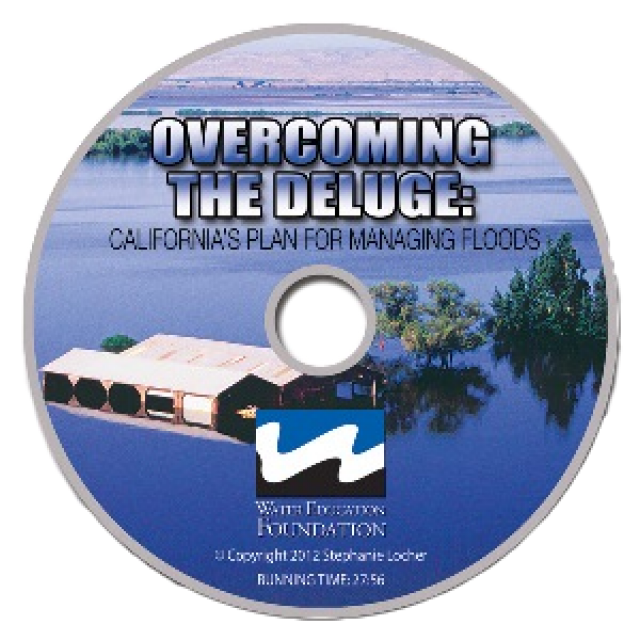 This 30-minute documentary, produced in 2011, explores the past, present and future of flood management in California’s Central Valley. It features stories from residents who have experienced the devastating effects of a California flood firsthand. Interviews with long-time Central Valley water experts from California Department of Water Resources (FloodSAFE), U.S. Army Corps of Engineers, Bureau of Reclamation, Central Valley Flood Management Program and environmental groups are featured as they discuss current efforts to improve the state’s 150-year old flood protection system and develop a sustainable, integrated, holistic flood management plan for the Central Valley. 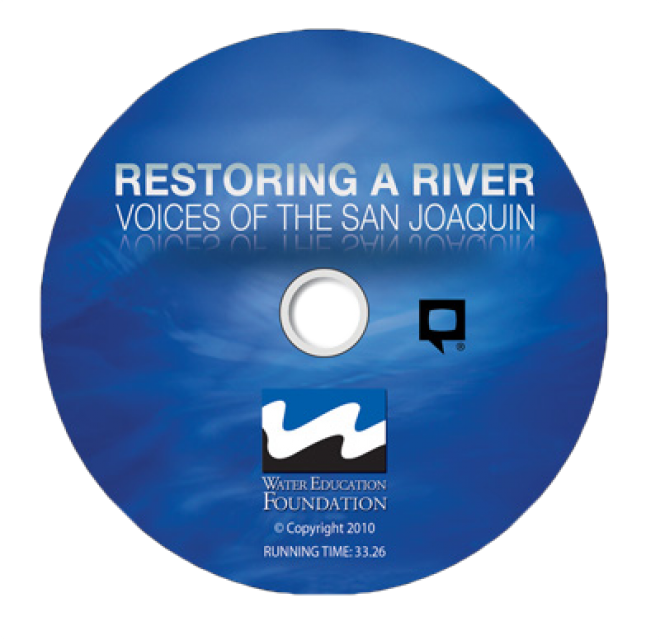 Restoring a River: Voices of the San Joaquin

This 30-minute documentary-style DVD on the history and current state of the San Joaquin River Restoration Program includes an overview of the geography and history of the river, historical and current water delivery and uses, the genesis and timeline of the 1988 lawsuit, how the settlement was reached and what was agreed to. 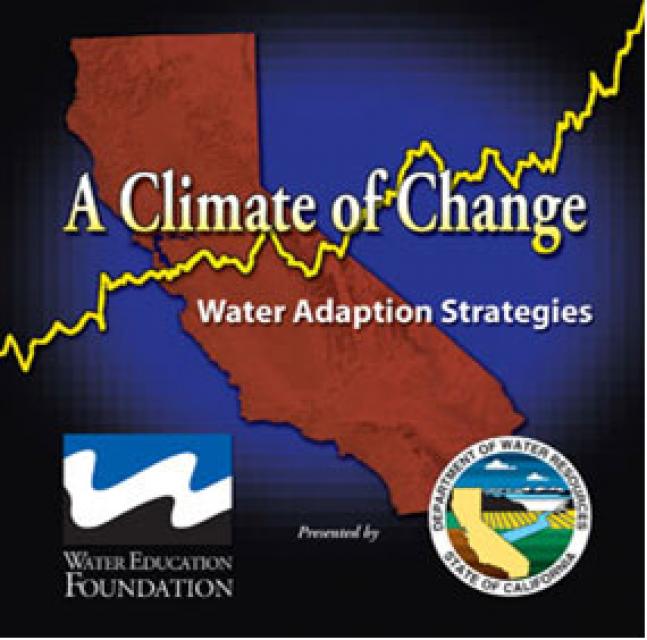 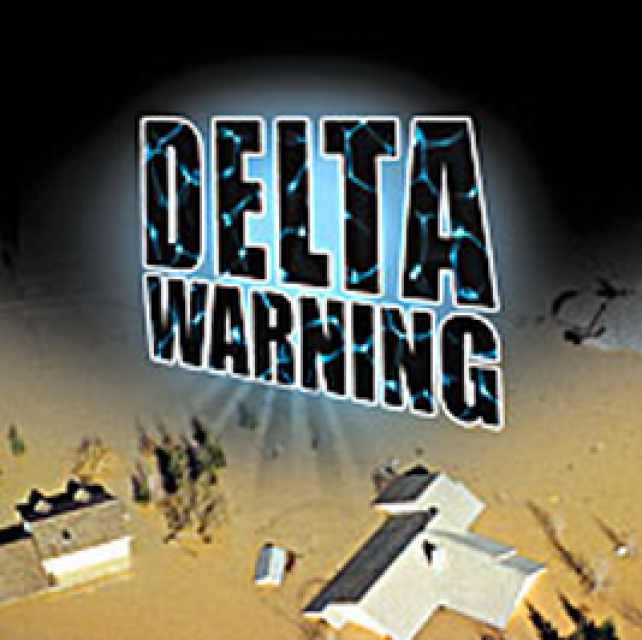 15-minute DVD that graphically portrays the potential disaster should a major earthquake hit the Sacramento-San Joaquin Delta. “Delta Warning” depicts what would happen in the event of an earthquake registering 6.5 on the Richter scale: 30 levee breaks, 16 flooded islands and a 300 billion gallon intrusion of salt water from the Bay – the “big gulp” – which would shut down the State Water Project and Central Valley Project pumping plants. 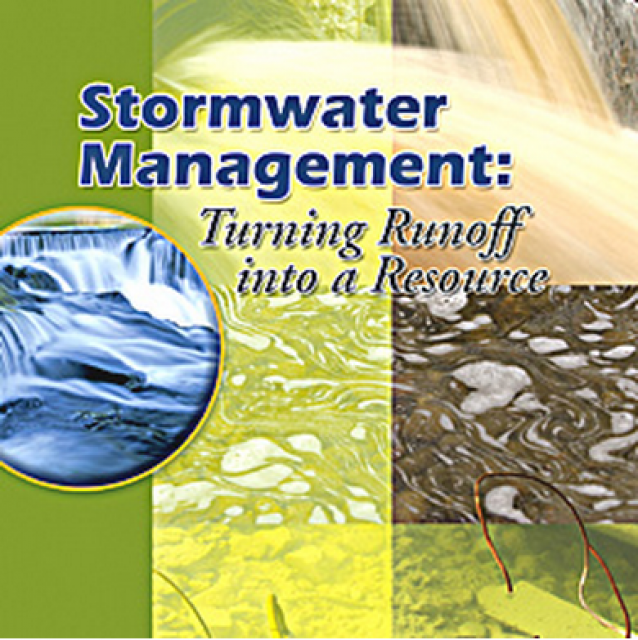 20-minute DVD that explains the problem with polluted stormwater, and steps that can be taken to help prevent such pollution and turn what is often viewed as a “nuisance” into a water resource through various activities. 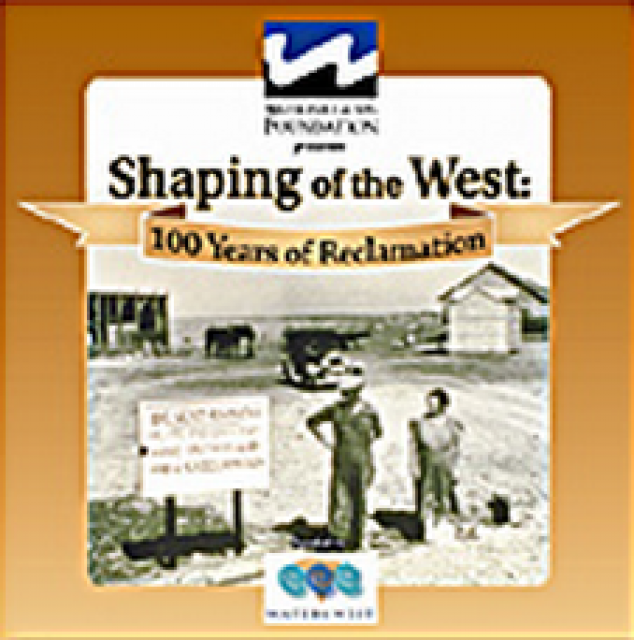 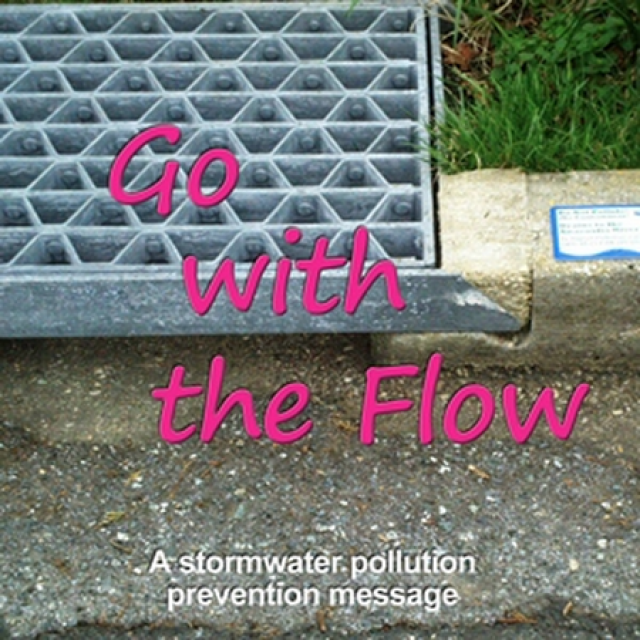 Go With the Flow: A Storm Water Pollution Prevention Message

This 7-minute DVD is designed to teach children in grades 5-12 about where storm water goes – and why it is so important to clean up trash, use pesticides and fertilizers wisely, and prevent other chemicals from going down the storm drain. The video’s teenage actors explain the water cycle and the difference between sewer drains and storm drains, how storm drain water is not treated prior to running into a river or other waterway. The teens also offer a list of BMPs – best management practices that homeowners can do to prevent storm water pollution. 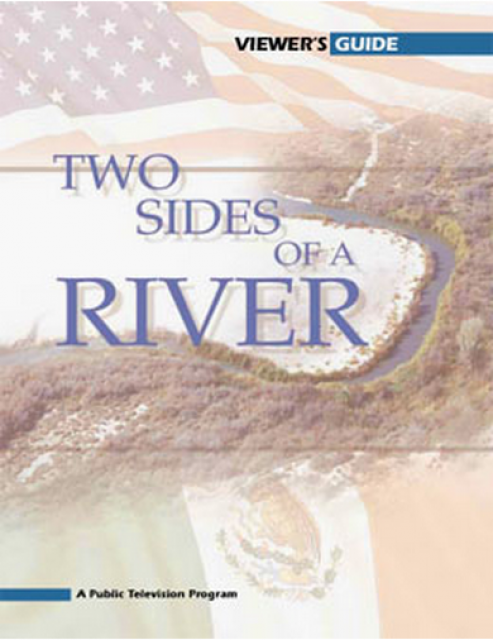 Spanish version of the 60-minute 2004 PBS documentary Two Sides of a River. DVD 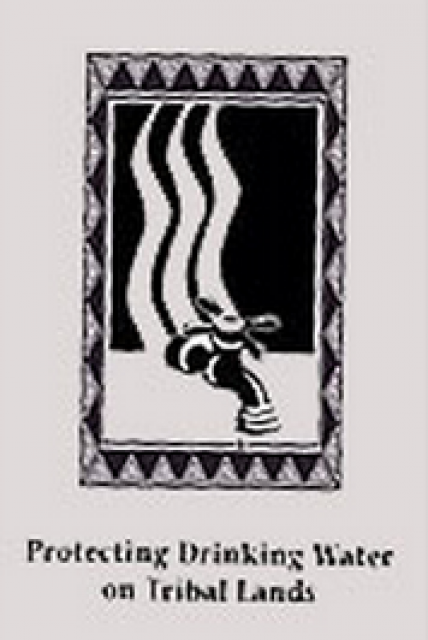 This 30-minute DVD explains the importance of developing a source water assessment program (SWAP) for tribal lands and by profiling three tribes that have created SWAPs. Funded by a grant from the U.S. Environmental Protection Agency, the video complements the Foundation’s 109-page workbook, Protecting Drinking Water: A Workbook for Tribes, which includes a step-by-step work plan for Tribes interested in developing a protection plan for their drinking water.