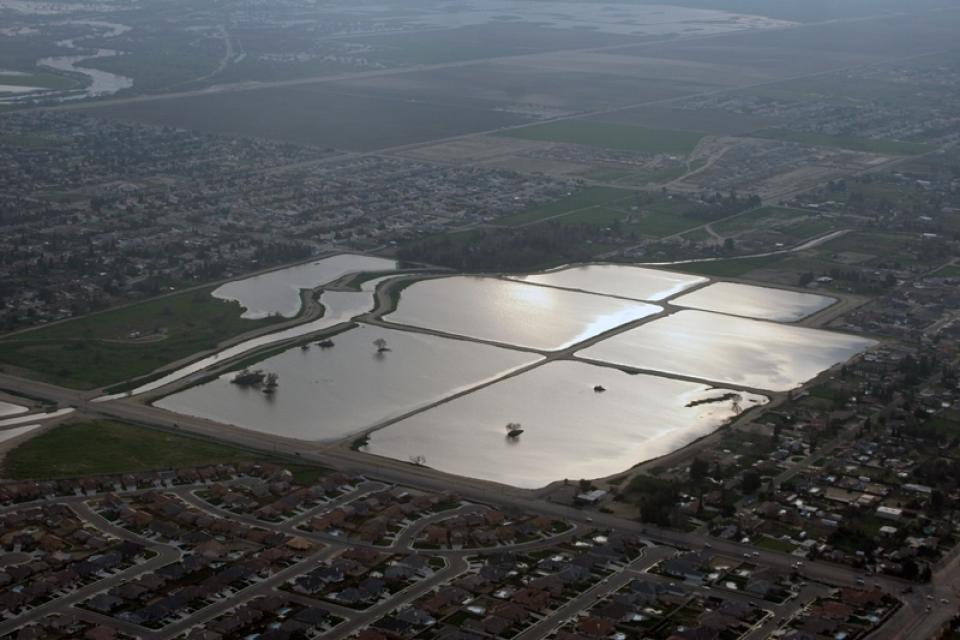 Groundwater banking is a process of diverting floodwaters or other surface water into an aquifer where it can be stored until it is needed later. In a twist of fate, the space made available by emptying some aquifers opened the door for the banking activities used so extensively today.

It is estimated that California’s 517 groundwater basins can cumulatively store about three times as much water as the state’s reservoirs and lakes. However, many groundwater basins lack the infrastructure needed to convey surplus water underground, then make it available for use in dry years.

Water banking requires groundwater basins to have access to available surface water, the means to transport it and a management framework to account for what goes in and comes out. Aquifers must have accessible, unconfined storage at a relatively shallow depth. They must be easy to fill and draw from, and cannot cause adverse impacts such as land subsidence, water quality degradation or harm to nearby surface waters.

Some water managers promote groundwater banking as the way to stabilize California’s water supply without the challenges associated with surface storage and the costs of building new dams and reservoirs, or expanding existing ones. Banking water can be a cost-effective way to save water for dry years and could become increasingly important with changing climatic conditions and the need to comply with California’s Sustainable Groundwater Management Act.

Other controversies exist. Skeptics of groundwater banking are wary of the potential for mismanagement or impairment to nearby surface water or groundwater-dependent ecosystems and believe it could privatize a public resource.

Successful groundwater banking requires adequate data collection, monitoring and modeling. These components are key to sizing up an aquifer, estimating its groundwater banking capacity, silating and verifying how the water moves once it’s in the ground, and assessing the costs and benefits of the project.

Watch a video of groundwater banking in Southern California.

A prime example of groundwater banking is the Kern Water Bank – 30 square miles located on a large, undeveloped section of the Kern River’s sandy alluvial fan. There, about 7,000 acres of ponds recharge at a rate of about a third of a foot per day, on average. As much as 72,000 acre-feet per month can be recharged. at the beginning of a recharge program. The amount of storage readily accessible at the Kern Water Bank is about 1.5 million acre-feet, about three times the volume of Millerton Lake near Fresno.

The water bank serves a dual purpose as a water resource and wildlife habitat, where vulnerable and endangered native plant and animal species are preserved and protected.

Also located in Kern County, the Semitropic Water Storage District stores the surplus water of its six banking partners. The stored water is returned to the California Aqueduct for use by the partners either by exchange or through direct use. Semitropic can bank 315,000 acre-feet of surplus water annually, almost as much as can be held in Castaic Lake in Southern California.