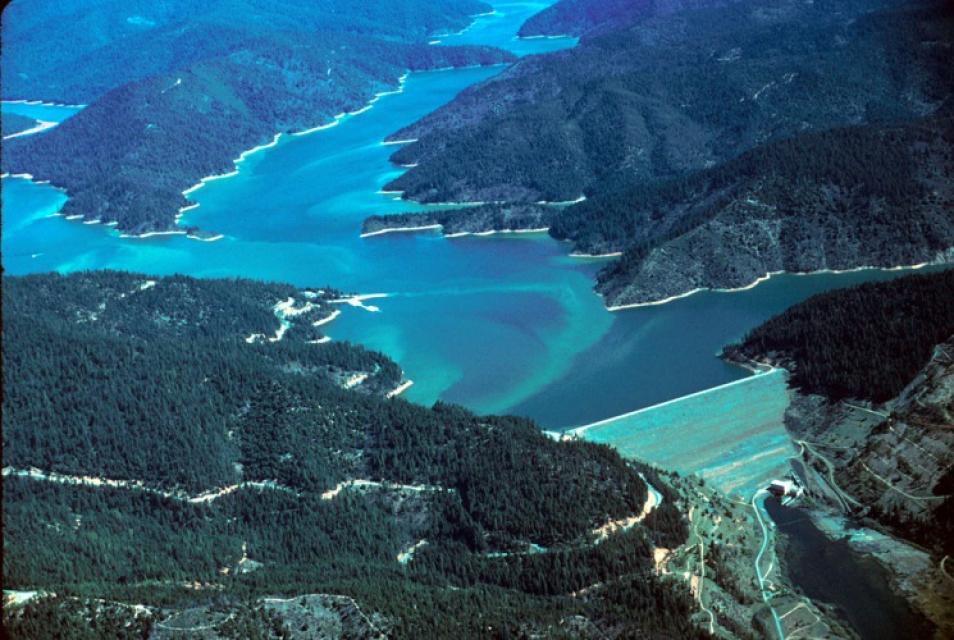 Though seemingly a long-way from California’s Central Valley, the Trinity Dam helps supply irrigation water for Valley farmers and for hydropower production.

Constructed in the far northwest of California in the 1950s, Trinity Dam and Lewiston Dam, just downstream, increased the storage capacity of the federal Central Valley Project by more than 2.5 million acre-feet.

To get the water to the Central Valley, the 11-mile Clear Creek Tunnel transports water from Lewiston Reservoir through the Trinity Mountains to Whiskeytown Reservoir, 10 miles southwest of Shasta Dam. From Whiskeytown, Trinity River water is transported through a 3-mile tunnel to Clear Creek, which flows into the Keswick Reservoir, passing through five power plants before reaching the Sacramento River.

The 1955 Trinity River Division Authorization Act required minimum water releases of 120,000 acre-feet to maintain Trinity River salmon and steelhead populations, and a fish hatchery was built downstream from Lewiston Dam. With up to 90 percent of the river’s average annual flow diverted to the Sacramento River, however, the diversion contributed to the declines in Trinity River Chinook and coho salmon populations. (In 2003, the Trinity River, the largest tributary of the Klamath,  was also diverted to boost flows in the lower Klamath River after a large number died the previous year.)

Consequently, the Bureau of Reclamation established the Trinity River Fish Hatchery to boost declining fish populations. As part of the establishment of the Central Valley Improvement Act in 1992, minimal annual releases are set at 340,000 acre-feet.

The recovery plan for the Trinity River and its fish and wildlife populations increased flows based on water-year type and a combination of river channel rehabilitation, watershed restoration and sediment management. The plan will be used to recreate at a smaller scale the  environment that existed prior to construction of the Trinity and Lewiston dams.

Trinity Dam diversions to farmers and ranchers also generated controversy after it contributed to a large fish kill, particularly of salmon.

After a dry year in 2012, the Bureau of Reclamation announced contentious plans to release more water to avoid a similar fish kill.

Trinity Dam was in the news again in 2013 as a part of updated proposals for the Bay Delta Conservation Plan. Under the proposal for tunnels in the Delta, some of the water for the tunnels would be from the Trinity River and thus draw down the reservoir at Trinity Dam. 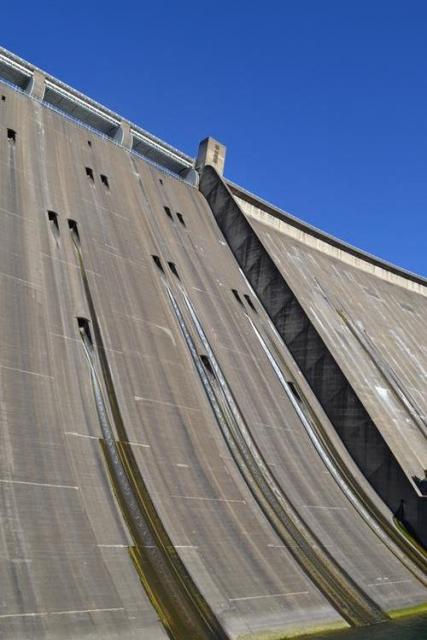