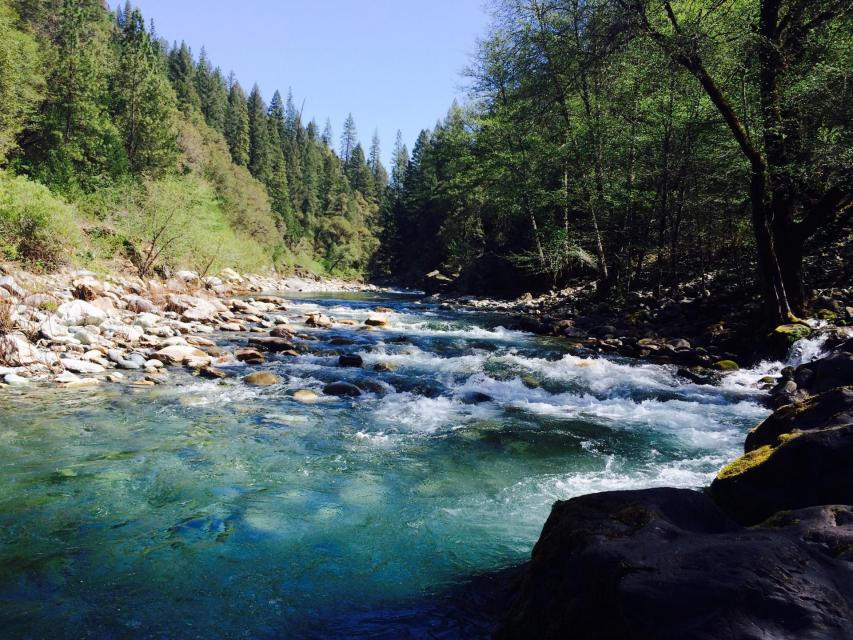 California’s Legislature passed the Wild and Scenic Rivers Act in 1972, following the passage of the federal Wild and Scenic Rivers Act by Congress in 1968. Under California law, “[c]ertain rivers which possess extraordinary scenic, recreational, fishery, or wildlife values shall be preserved in their free-flowing state, together with their immediate environments, for the benefit and enjoyment of the people of the state.”

Rivers are classified as:

According to the National Wild & Scenic Rivers System, California has about 189,454 miles of river, of which 1,999.6 miles of rivers or segments of rivers are designated as wild and scenic — about 1 percent of the state’s river miles.

Today, California’s act prohibits construction of dams or diversion facilities, except to serve local needs, on portions of, or on entire rivers around the state. State rivers receiving state and federal protection under the Wild and Scenic Rivers acts include the Albion, Amargosa, American, Eel, Gualala, Klamath, Merced, Trinity and Tuolumne.