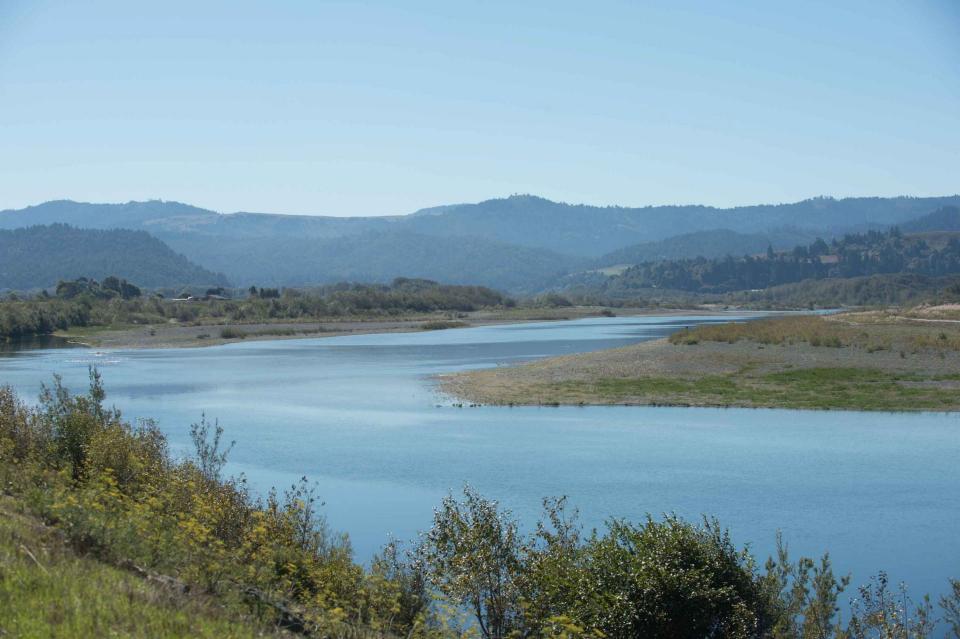 The Eel River flows from the Mendocino National Forest to the coast a few miles south of Eureka, traversing a topographically diverse area of mountains, canyons and redwood forests in Northern California. Including its tributaries, it drains more than 3,500 square miles and is the state’s third largest watershed.

Once the third largest producer of salmon and steelhead in California and home to the longest salmon run in the state, the Eel River watershed is a high priority for successfully rebuilding salmon stocks, according to NOAA Fisheries.

Stretches of the Eel River mainstem and its forks were designated by the state of California (1972) and the federal government (1981) as wild and scenic. The designation protects the river from dams and ensures that environmental concerns rank equally with development and industry.

The Eel River has flow rates that vary as much as a hundredfold with changing Pacific storm patterns and seasons. Flowing northward through the Coast Range mountains toward its terminus at the Pacific Ocean south of Humboldt Bay, the Eel’s mainstem is about 200 miles long and connects to four tributaries: the Van Duzen River, North Fork, Middle Fork and South Fork. The Eel River is a major water source and recharges the groundwater basins that support agriculture, municipal and domestic water supplies.

Beginning on the south side of Bald Mountain in Mendocino, the Eel River flows south to Lake Pillsbury, a reservoir in northern Lake County completed in 1921 before the river’s designation as wild and scenic. As it flows westward, the river is diverted by Pacific Gas and Electric’s Potter Valley Project into the Russian River. As it flows north, it meets the Middle Fork, then the North Fork, both joining from the east and enclosing the Round Valley Indian Reservation. The mainstem then meets the South Fork from the west then the Van Duzen from the east. The Eel flows north until the city of Fortuna where it bends west through an estuary to empty into the Pacific Ocean.

The Eel is habitat for steelhead, chinook salmon and lamprey. The river is also home to a population of coho salmon that lives primarily in the South Fork, though there is a run that travels all the way up the mainstem to a tributary called Outlet Creek.

The basin also coexists with enormous forests, such as the redwoods, and since the arrival of the earliest settlers has supplied vast quantities of timber for trade. Such communities were established beginning in the 19th century, attracting settlers with promises of fertile soils rather than gold.

For thousands of years prior to European settlement, several Athabaskan Indian tribes inhabited the lands surrounding the Eel River, including the Wailaki, Lassik, Nongatl and Sinkyone peoples. The Wiyot Tribe’s ancestral territory is near the mouth of the Eel. Their name derives from the name given to them by white settlers after the name tribal members used for the river. They also have a robust natural resources department that is currently studying populations of Pacific lamprey and green sturgeon in the Eel.