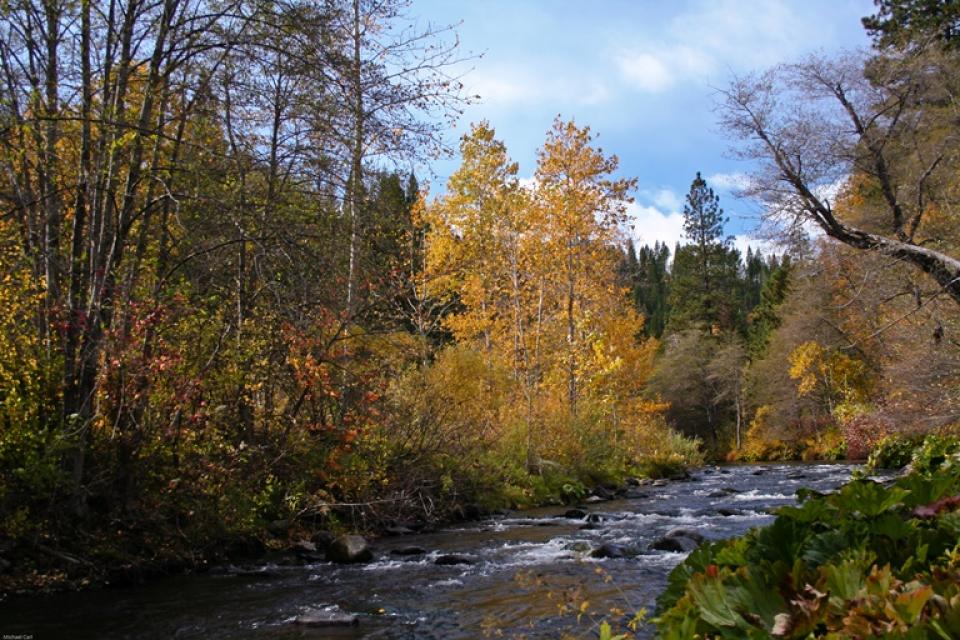 A watershed is the land area that drains runoff – snowmelt and rain – into a connected system of lakes, streams, rivers, and other waterways. It typically is identified by the largest draining watercourse within the system. In California, for example, the Sierra Nevada is one of the state’s major watersheds.

Watersheds follow natural boundaries and are usually separated from one another by ridges or mountains. A watershed has many important natural functions. It collects water from precipitation, stores groundwater in aquifers, releases water as runoff and provides habitat for plants and animals.

Watersheds may be as small as a patch of land draining into a tiny pond or as large as the Sacramento River Basin, the 27,000-square- mile drainage area that is the largest river and watershed system in California. Drawn from the eastern slopes of the Coast Range, Mount Shasta, the western slopes of the southernmost region of the Cascades and the northern portion of the Sierra Nevada, the river carries 31 percent of the state’s total surface water runoff, according to the Sacramento River Watershed Program.

Watch this video to learn more about restoration efforts on the San Joaquin River.

Southern California’s Santa Ana River is the largest watershed drainage south of the Sierra Nevada and is located largely in a highly urbanized, highly regulated setting. At about 100 miles long and with more than 50 tributaries, the Santa Ana spans parts of San Bernardino, Riverside and Orange counties as it drains 2,840 square miles of land.

The flow of water from upstream to downstream can affect a watershed’s water quality. Pollutants—both natural and man-made — entering a watershed in one place can later end up in an entirely different place.

These pollutants include natural contaminant such as sediment from stream bank erosion, bacteria and nutrients from wildlife, and industrial pollutants such as motor oil, fertilizers, and pesticides.

With this in mind, water managers are increasingly using an integrated regional management approach to better address threats to habitat, wildlife and water quality.