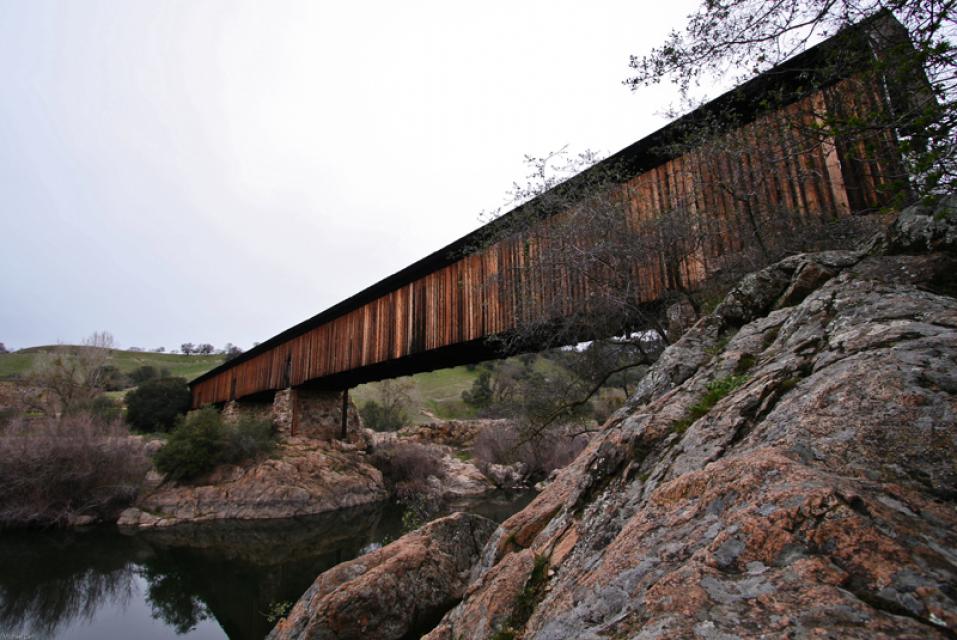 The Stanislaus River empties into the San Joaquin River from the east along with the Merced and Tuolumne rivers. Although some agricultural drainage flows into these rivers in their lower reaches, the water quality is relatively good in each of the three tributaries.

In 1966, construction began on New Melones Dam on the Stanislaus River. The objective of the dam was to help with irrigation, flood control and power production.

However, the New Melones Dam’s construction led to controversy over the reservoir’s size and environmental impacts. The struggle over construction of the 625-foot dam on the Stanislaus galvanized the river preservation movement in California. At issue was the flooding of one of the nation’s most popular stretches of white water rapids as well as the inundation of archeological sites and Stanislaus Canyon— the West Coast’s deepest limestone canyon. Eventually, the Stanislaus Canyon finally flooded in 1982 and 1983 during a high runoff year.

Meanwhile, the New Melones Dam was completed in 1979, creating a 2.4 million acre-feet reservoir and a power-generating capacity of 283 megawatts.