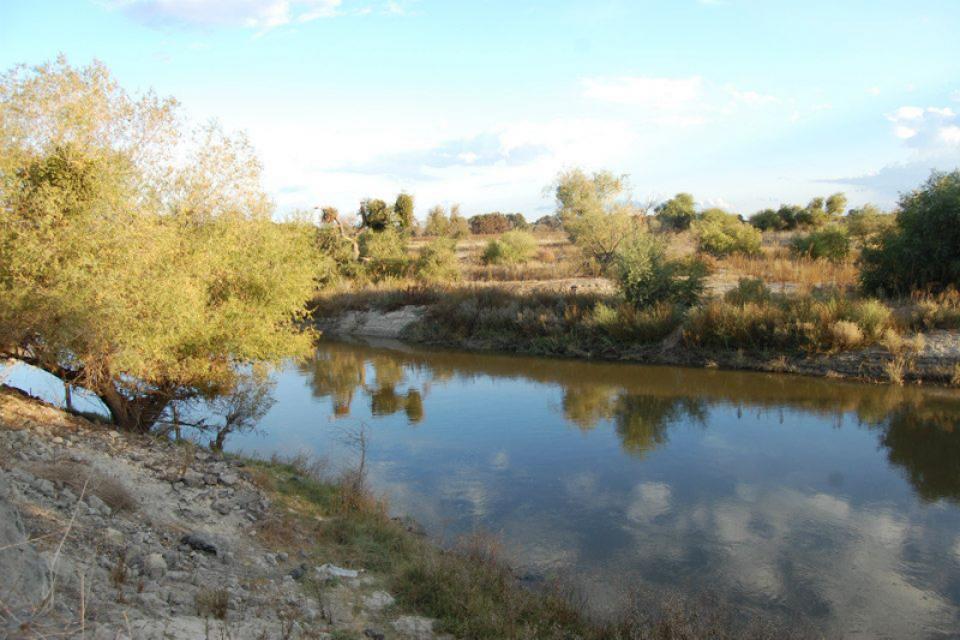 Flowing 366 miles from the Sierra Nevada to Suisun Bay, the San Joaquin River provides irrigation water to thousands of acres of San Joaquin Valley farms and drinking water to some of the valley’s cities. It also is the focal point for one of the nation’s most ambitious river restoration projects to revive salmon populations.

The San Joaquin is the second longest river in California, but it has been heavily transformed by dams and diversions. Construction in 1942 of Friant Dam northeast of Fresno as part of the Central Valley Project provided water for the valley’s farms and cities. But it also dried up portions of the river and led to the demise of what was the nation’s largest spring run of chinook salmon.

In the 1980s, environmental organizations including the Natural Resources Defense Council filed suit to restore water flows to a 60-mile dry stretch of river and to boost the dwindling salmon populations.

The lawsuit was settled in 2006. The San Joaquin River Restoration Settlement’s goals were to refill the dry riverbed and restore salmon runs while minimizing water supply impacts to farmers. The 2009 San Joaquin River Restoration Settlement Act authorized federal agencies to implement the settlement. The goals were to restore and maintain fish populations in “good condition” in the mainstem of the river below Friant Dam to the confluence of the Merced River and reduce or avoid adverse impacts to water supply contractors. In all, 150 miles of the San Joaquin River from the base of Friant Dam to the river’s confluence with the Merced River downstream are part of the restoration program.

Interim flow releases from Friant Dam into the San Joaquin River began in 2009 to gauge the effects of re-watering the river. Restoration flows started in 2014 but were later curtailed due to drought. The river reconnected to the Merced River confluence in 2016 and the following year saw heavy flood flows. 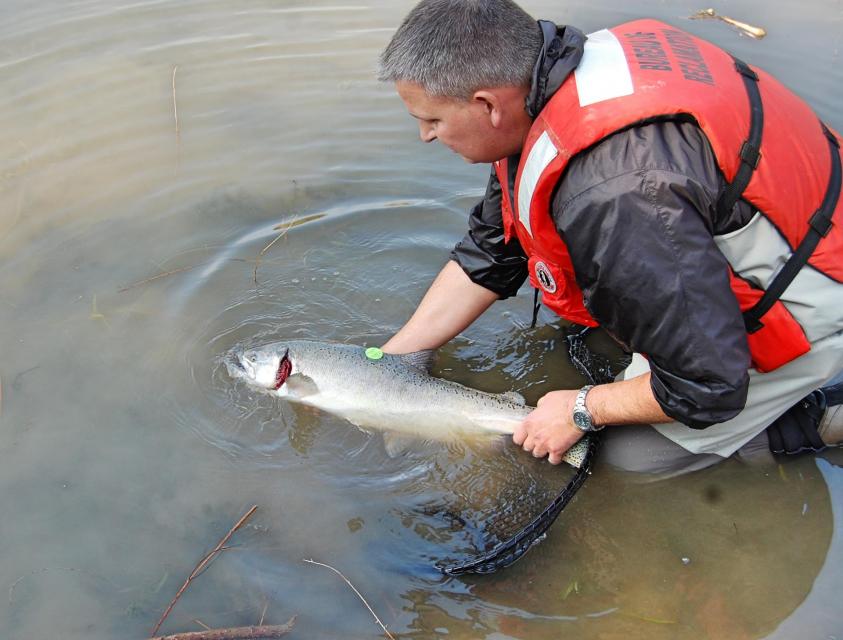 Water releases are used to restore the San Joaquin River and to provide habitat for naturally reproducing populations of chinook salmon and other fish.

Restoration flows have re-wet a significant portion of the once-dry riverbed and provide information about hydrology and habitat. This information is being used in designing the major improvements needed in the river and informing the fish agencies. The San Joaquin River Restoration Program has re-introduced juvenile spring-run chinook salmon to the river since 2015 and currently releases upwards of 250,000 juveniles, yearlings and some adults annually.

In 2020, for a second year in a row and only the second year in over 65 years, spring-run chinook salmon have returned from the ocean to spawn in the river and bring forth the next generation.

In low water years, salmon migrating upstream to spawn are inhibited due to water diversion structures along the river’s lower reaches. In those years, field crews must capture the fish and transport them in trucks equipped with water tanks for release in the cooler temperatures of the river below Friant Dam.

The river’s restoration has also involved major structural changes, including a bypass. The lower part of the river also requires upgrades for flood protection—a major concern. There is concern restoration flows could seep out of the river and damage crops adjacent to the once-dry riverbed, particularly on lands susceptible to high water tables that were once wetlands.