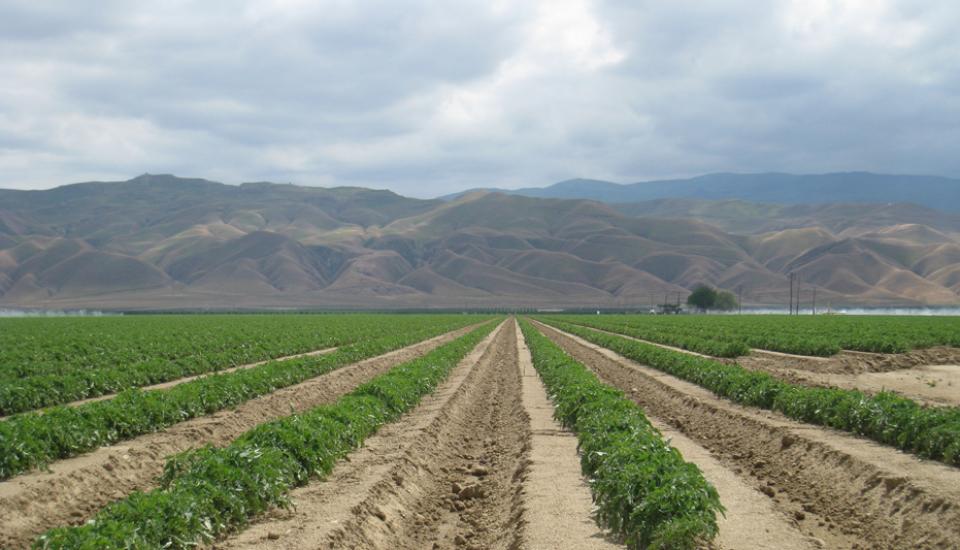 Located in the middle of California, the San Joaquin Valley is bracketed on both sides by mountain ranges. Long and flat, the valley’s hot, dry summers are followed by cool, foggy winters that make it one of the most productive agricultural regions in the world.

The valley stretches from across mid-California between coastal ranges in west and the Sierras on the east. The region includes large cities such as Fresno and Bakersfield, national parks such as Yosemite and Kings, millions of people, and fertile farmland.

As is the case across California and the west, the San Joaquin Valley and its multi-billion dollar agricultural industry relies on water.

Irrigation began in the San Joaquin Valley in the 1870s. In the 20th century, the federal Central Valley Project and State Water Project (about 30 percent of SWP water is used for irrigation) helped deliver water to the valley. As farming continued to expand and California’s population surged, water use intensified.

Today, San Joaquin Valley crops include grapes, tomatoes, hay, sugar beets, nuts, cotton and a multitude of other fruits and vegetables. At the same time, water used to grow these crops has led to the need for agricultural drainage.

On the west side of the San Joaquin Valley, federal and state water projects bring tons of salt to the area (the equivalent of about forty railroad cars daily according to estimates). The dense, clay soil then prevents the salty water from permeating deeply and instead it becomes part of the shallow groundwater table. The salty water collects and rises to the surface, drowning plants.

In areas without such an impermeable layer, the leached water percolates into an unconfined groundwater aquifer.

Already, the San Joaquin Valley is naturally rich in salt and trace minerals such as selenium—a geologic legacy from when the area was long-ago a part of the Pacific Ocean.

What to do, then, with all that salt?

The San Joaquin River helps drain its namesake valley in the north. However, this drainage adds salt to the river as it makes its way to the  Sacramento-San Joaquin Delta and from there to San Francisco Bay. Virtually no salt leaves the southern valley and thousands of acres of land in there are not farmable due to salt buildup.

The largest single district affected by the lack of adequate drainage is the 600,000 acre Westlands Water District, the largest irrigation district in the United States. Located in the Central Valley Project’s San Luis Unit service area on the west side of the valley, Westlands has no drainage access to the San Joaquin River. According to Westlands, approximately 200,000 acres have a shallow saline water table just 5 feet or less below the surface. Another 30,000 acres have saline water 5 to 10 feet below the surface. At depths of less than 10 feet, saline water begins to affect crop productivity.

Compounding these concerns, extensive groundwater extraction has caused San Joaquin land to sink, a process known as land subsidence. Land subsidence has been a particular concern in Merced and Madera counties.