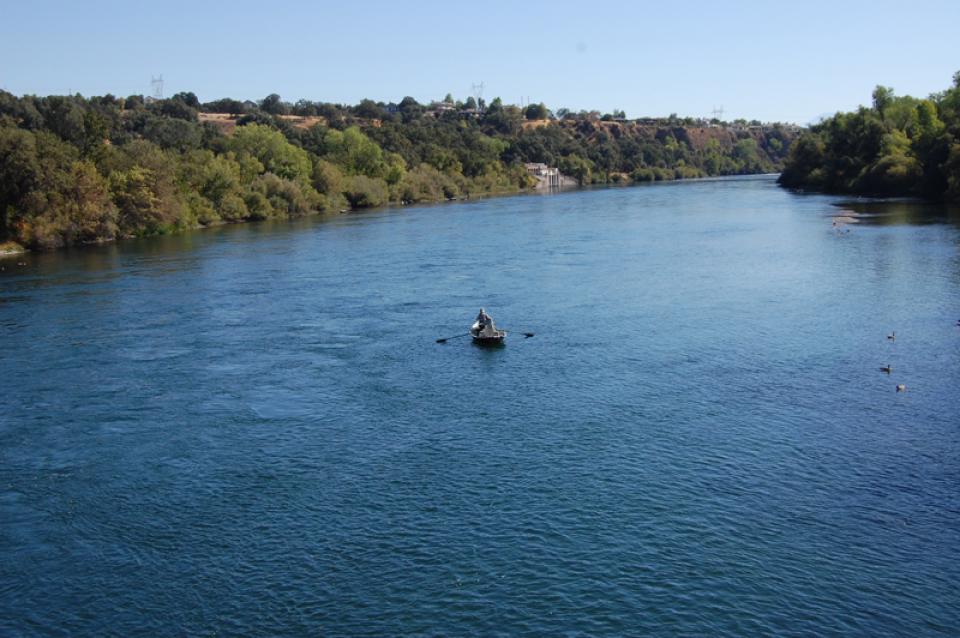 Once called “the Nile of the West,” the Sacramento River drains the inland slopes of the Klamath Mountains, the Cascade Range, the Coast Ranges and the western slopes of the northern Sierra Nevada. The river stretches some 384 miles from its headwaters near Mount Shasta to the Sacramento-San Joaquin Delta.

Meandering south through the Sacramento Valley, the river helps support the valley’s 2 million acres of irrigated agriculture. The primary crops grown are rice, wheat, corn, alfalfa, deciduous orchard crops, tomatoes and other vegetables. Also home to wildlife and a range of aquatic species, the Sacramento River provides rearing habitat for 70 percent of all salmon caught off the California coast.

The river and its tributaries are also home to some of the key dams and reservoirs of California’s two statewide water transfer and storage projects — the federal Central Valley Project and the State Water Project. The headwaters of the Sacramento River and its main northern tributaries —the Pit and McCloud rivers — are regulated by Shasta Dam. Other major tributaries —the Feather and American rivers to the south —and smaller streams are heavily regulated by dams for flood control, water supply, power production and recreation. On the Feather River, Lake Oroville (3.5 million acre-feet) is the primary storage reservoir of the State Water Project. On the American River, Folsom Dam provides more than 1 million acre-feet in additional storage for the Central Valley Project.

Elsewhere in the Sacramento Valley, flood management is aided by an extensive system of levees and bypasses built to contain winter and spring flows that historically flooded vast areas of the valley [See also Yolo Bypass].

Development of the valley’s abundant natural resources has also caused significant environmental damage elsewhere in the Sacramento Valley. Over the past 150 years, the reclamation and leveeing of riparian lands for agricultural and urban use has reduced the valley’s riparian forests to less than 5 percent of their original 500,000 acres. The loss of critical habitat is one of many factors that have caused an overall decline in Sacramento River salmon and steelhead runs in recent years.

At times droughts have reduced streamflow, increasing water temperatures and hampering efforts to dilute toxic pollutants seeping into the river. Downstream of the city of Sacramento, the river converges with the San Joaquin River to form the Sacramento-San Joaquin Delta. Here, a portion of the water that would normally flow through San Francisco Bay to the sea is diverted via local, state and federal facilities to supply water to the San Francisco Bay area and central and southern California. These two rivers receive water from many of the other significant river systems in the northern and central parts of the state. Together, they carry about 42 percent of the state’s average annual runoff and their waters support agricultural production, manufacturing and residential use throughout the state through pumping and diversions from the Delta.

Meanwhile, the watchdog group American Rivers listed the Sacramento-San Joaquin River system as the most endangered in the country in 2009. The organization cited obsolete water and flood management systems as key factors in the system’s decline, along with climate change, population growth, water supply demands, and endangered species listings.