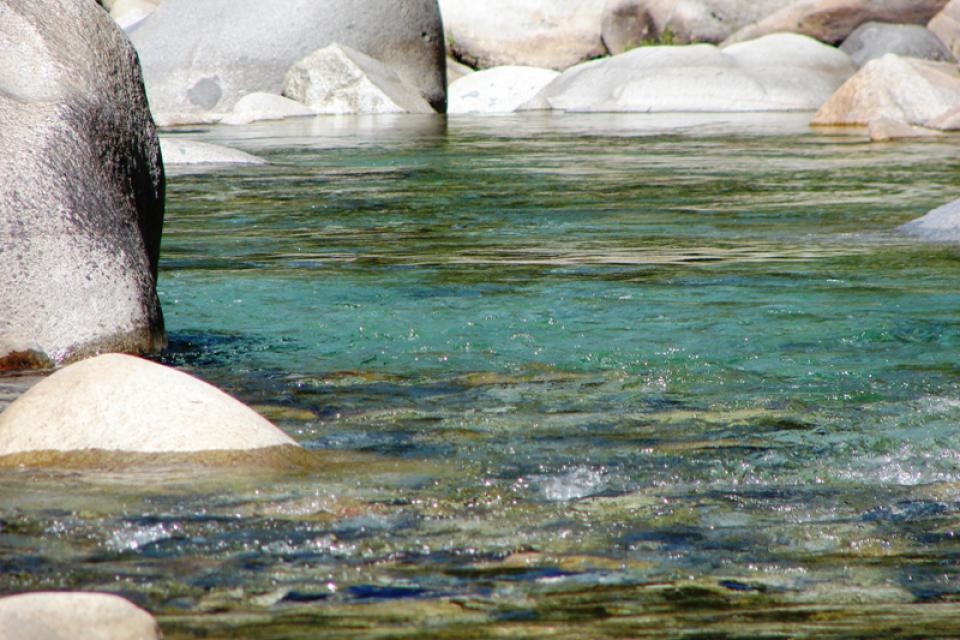 1860 Legislature authorizes the formation of levee and reclamation districts.

1901 First California deliveries from the Colorado River made to farmland in the Imperial Valley.

1922 Colorado River Compact appropriates 7.5 million acre-feet per year to each of the river’s two basins.

Federal government assumes most costs of the Sacramento Valley Flood Control System with passage of the Rivers and Harbors Act.

California Constitution amended to require that all water use be “reasonable and beneficial.”

Worst drought of the 20th century begins; ends in 1934, establishing benchmark for water project storage and transfer capacity of all major water projects.

County of Origin Law passed, guaranteeing counties the right to reclaim water from an exporter if it is needed in the area of origin.

1934 Construction starts on All-American Canal in the Imperial Valley (first deliveries in 1941) and on Parker Dam on the Colorado River.

First deliveries from Shasta Dam to the San Joaquin Valley.

1966 Construction begins on New Melones Dam on the Stanislaus River after 20 years of controversy over the reservoir’s size and environmental impacts; completed in 1978.

Reclamation Reform Act raises from 160 acres to 960 acres the amount of land a farmer can own and still receive low-cost federal water.

Coordinated Operation Agreement for CVP and SWP operations in the Delta signed.

MWD and Imperial Irrigation District agree that MWD will pay for agricultural water conservation projects and receive the water conserved.

1995 State Board adopts new water quality plan for the Delta and begins hearings on water rights.

1997 New Year’s storms cause state’s second most devastating flood of the century.

2000 CALFED Record of Decision signed by state and federal agencies.

Paterno v. State of California ruling by Third Appellate District Court determined the state of California liable for potentially hundreds of millions of dollars because state accepted levee without any measures to ensure it met design standards and then failed in 1986 flood.

Legislation directs DWR to evaluate the future of the Delta.

Legal settlement among a coalition of environmental and fishing groups, the U.S. Departments of the Interior and Commerce and the Friant Water Users Authority ending an 18 year legal battle over claims to release water from Friant Dam to maintain a live stream for fish to the Merced River.

State Reclamation Board is renamed Central Valley Flood Protection Board.

USGS report finds that about 60 million acre-feet of groundwater has been lost in the San Joaquin Valley since 1961.

2010 Judge Wanger rules the federal government failed to consider impacts to water users when it restricted pumping from Delta to protect Chinook spring-run salmon and other fish.

The Legislature approves a bill to take the water bond off the 2012 ballot and put it on the 2014 ballot.

Delta Plan is adopted by the Delta Stewardship Council.

The final chapters of the Bay Delta Conservation Plan (BDCP) are released in May by Governor Jerry Brown’s administration proposing long-term Delta restoration and promoting a more reliable statewide water supply through the creation of twin tunnels to move water beneath the Delta to the existing state and federal pumping facilities. Public comment began in October.

California voters approve the water bond with about 67 percent of the vote.

2017 – A crater in Oroville Dam’s concrete spillway forces DWR to temporarily halt releases from the reservoir in order to inspect the damage. Water poured over the emergency spillway for the first time in the dam’s history, eroding the dirt hillside. Fearing a catastrophe, officials ordered that people evacuate from the city of Oroville and surrounding environs as a precautionary measure.

2017 – The U.S. Fish and Wildlife Service and the National Marine Fisheries Service conclude that the construction of new diversion points on the Sacramento River and two water tunnels would not jeopardize the existence of endangered species in the Sacramento-San Joaquin Delta.