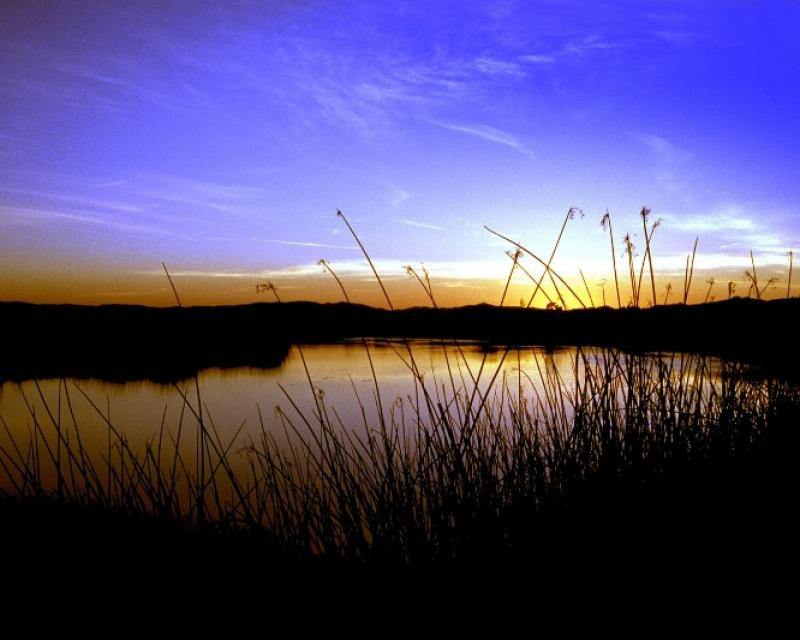 The Bay Delta Conservation Plan is a permitting process for long-term project permits for the Sacramento-San Joaquin Delta that centers on co-equal goals of species conservation and improving water supplies and delivery.

The BDCP aims to separate its water delivery system from Delta freshwater flows and restore thousands of acres of habitat, restore river flows to more natural patterns and address issues affecting the health of fish populations.

As part of the water conveyance, in 2013, California Gov. Jerry Brown also proposed constructing two $25 billion tunnels to divert Sacramento River water underneath the Delta and then deliver the water to the Central Valley and Southern California.

If approved, the BDCP would be implemented over the next 50 years and construction of the tunnels would not begin for another 10 to 15 years

The BDCP aims to improve water delivery to about millions of people in Southern California, and supply water to agricultural growers in the Delta while restoring the Bay Delta’s ecosystem.

To do so, permits are needed to allow for moving water in a way that is not in violation of the federal Endangered Species Act.

BDCP takes this on by proposing to improve water supply reliability and ushering in widespread habitat creation and enhancement. Under its charge, more than 100,000 acres of worth of habitat projects would be created or protected at a cost of about $4 billion.

Rather than focus on species individually, the BDCP uses an ecosystem-wide conservation strategy. Under this approach, restoration activities are designed to be collaborative and adapted as part of an inter-connected whole.

The aquatic portion of the draft conservation strategy alters water flow patterns in the Bay Delta to promote fish recovery and provide for reliable water supplies.

The BDCP aims to restore tidal marsh, seasonally inundated floodplain and riparian habitat throughout the Delta. These conservation measures are essential to achieving the co-equal goals and controlling salinity within the Delta.

The California Water Code defines co-equal goals as providing a more reliable water supply for California and protecting, restoring, and enhancing the Delta ecosystem.  The goals are to be achieved in a manner that protects and enhances the unique cultural, recreational, natural resource, and agricultural values of the Delta as an evolving place.

Meanwhile, under the BDCP, water would be diverted from the Sacramento River south of Hood. Three intakes would then send the water using gravity, not pumping, through the tunnels under the Delta 30 miles to Tracy. From there, State Water Project and Central Valley Project canals would convey the water to the San Joaquin Valley and Southern California.

The proposed tunnels would match the existing pumping capacity of up to 9,000 cubic feet per second.

The intakes and tunnels would be part of a dual conveyance option under which the state and federal projects would still rely on existing intakes in the South Delta at certain times.

The BDCP has proven controversial and one of the main concerns is loss of prime farmland from BDCP infrastructure and habitat conversion.

BDCP and the Delta Plan

The goal of the BDCP was to be a key part of the Delta Plan, a document adopted by the Delta Stewardship Council that charts the comprehensive management plan using a mix of regulatory actions, nonbinding recommendations and an emphasis on interagency coordination.

A 2009 water package required the BDCP to be incorporated into the Delta Plan, providing it adhered to a Natural Communities Conservation Plan that has high standards of environmental protection and process requirements for transparency.

In 2015 the Brown Administration announced a re-branded version of the BDCP – breaking the project into the “California WaterFix” and “California EcoRestore.” The former featured two tunnels 150 feet underground that would convey an average annual yield of 4.9 million acre-feet of water to the south Delta pumps. The latter, designed to be more affordable and easier to permit, would create about 30,000 acres of varying habitat types in the Delta at a cost of $300 million. In 2019, California WaterFix was withdrawn.