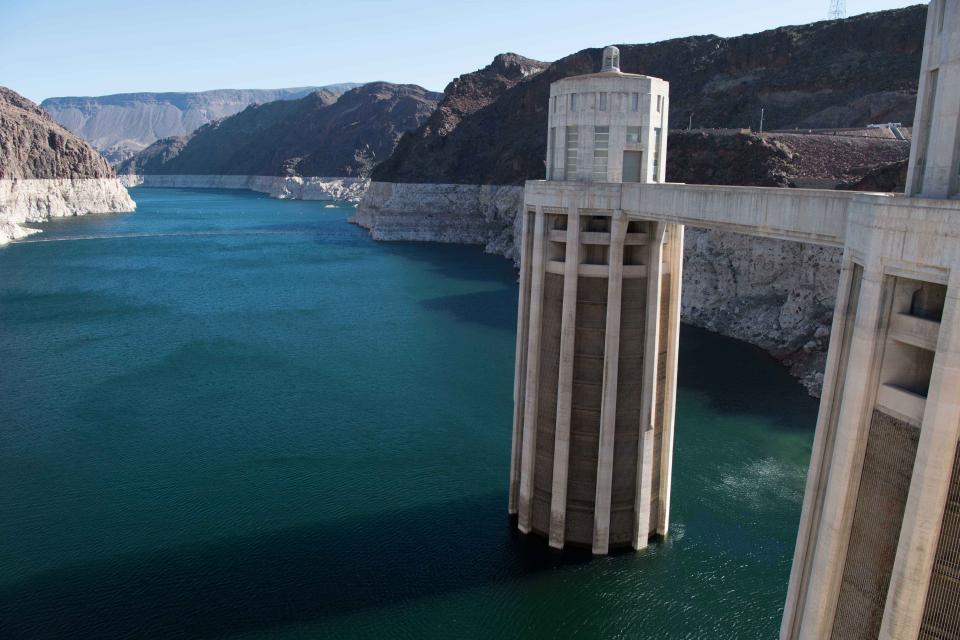 In 2005, after six years of severe drought in the Colorado River Basin, federal officials and representatives of the seven basin states — California, Arizona, Nevada, New Mexico, Colorado, Utah and Wyoming — began building a framework to better respond to drought conditions and coordinate the operations of the basin’s two key reservoirs, Lake Powell and Lake Mead.

The Interim Guidelines were adopted because in addition to water supply, there was concern that if Lake Mead’s elevation dropped to 1,050 feet above sea level, hydroelectric-generation capacity at Hoover Dam would be compromised. Much of Hoover Dam’s power is used by Southern California cities and the Metropolitan Water District of Southern California to pump supplies from Lake Havasu, through the 242-mile Colorado River Aqueduct, to Lake Mathews near the city of Riverside.

Another signature component of the Interim Guidelines is the Intentionally Created Surplus (ICS) Program. It allows Lower Basin entities to create water credits through conservation measures such as importing water, lining canals and land fallowing, and then take delivery of those water credits from Lake Mead at a future date. Entities in the Lower Basin states can store as much as 4.2 million acre-feet of Intentionally Created Surplus water in Lake Mead for their future use, with 10 percent credited to the overall system, taking into account evaporative losses.

The water keeps the lake’s elevation higher and prevents the need to declare a shortage – and curtail water deliveries in the Lower Basin, which encompasses California, Arizona and Nevada.

Written as an addendum to the Interim Guidelines, the seven basin states and Mexico established Drought Contingency Plans for the Upper and Lower Basins in 2019, which triggered the Binational Water Scarcity Contingency Plan provisions of 2017’s Minute 323 with Mexico. Together, these agreements provide for water saving actions by both the United States and Mexico.

In August 2021, with the water level in Lake Mead projected to reach 1,066 feet above sea level by Jan. 1, 2022, the first-ever shortage declaration was triggered, requiring Arizona, Nevada and the country of Mexico to reduce their take of the river in 2022. California, with the largest share of the river, was not required to cut back, but could face reductions if Lake Mead’s water level drops further.