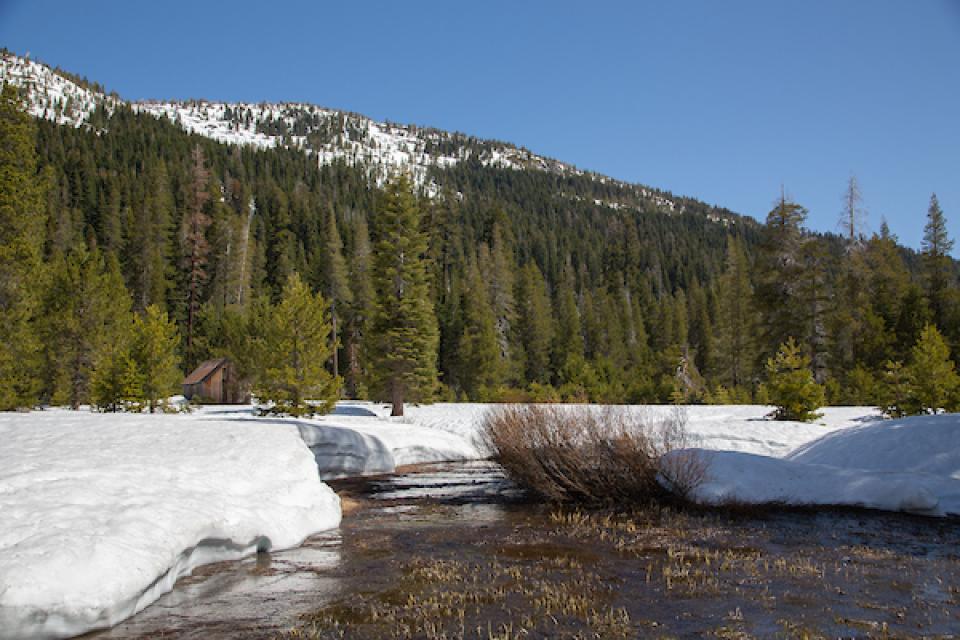 Runoff is the water that is pulled by gravity across land’s surface, replenishing groundwater and surface water as it percolates into an aquifer or moves into a river, stream or watershed. It comes from unabsorbed water from rain, snowmelt, irrigation or other sources, comprising a significant element of the water cycle as well as the water supply when it drains into a watershed. Runoff is also a major contributor to the erosion that carves out canyons, gorges and related landforms.

The type, intensity and distribution of precipitation affects runoff, as does the slope, vegetation and topography of the land over which it travels. Climate change affects the patterns of runoff because as more precipitation falls as rain and less as snow, the snow melts faster as it is hit by rain. Furthermore, warmer temperatures change runoff patterns.

Wetter winters provide the opportunity to intentionally spread runoff onto fields to percolate into the aquifer, especially in the San Joaquin Valley’s overdrafted aquifers. However, getting water into those aquifers is hindered by the short time floodwater is available and the limited capacity of conveyance infrastructure to move water where it’s needed.

Urbanization has changed the dynamics of runoff by impacting the land itself. Infrastructure reduces the amount of permeable land into which water can absorb, causing more stormwater to pass over the surface, necessitating drainage systems to prevent flooding. The connection between wildfires and subsequent flooding has been attributed to the increased runoff that is unable to absorb into the scorched earth. Additionally, more pollutants like pesticides can be introduced as runoff flows over contaminated areas.

Runoff is a combination of surface runoff, interflow and baseflow: