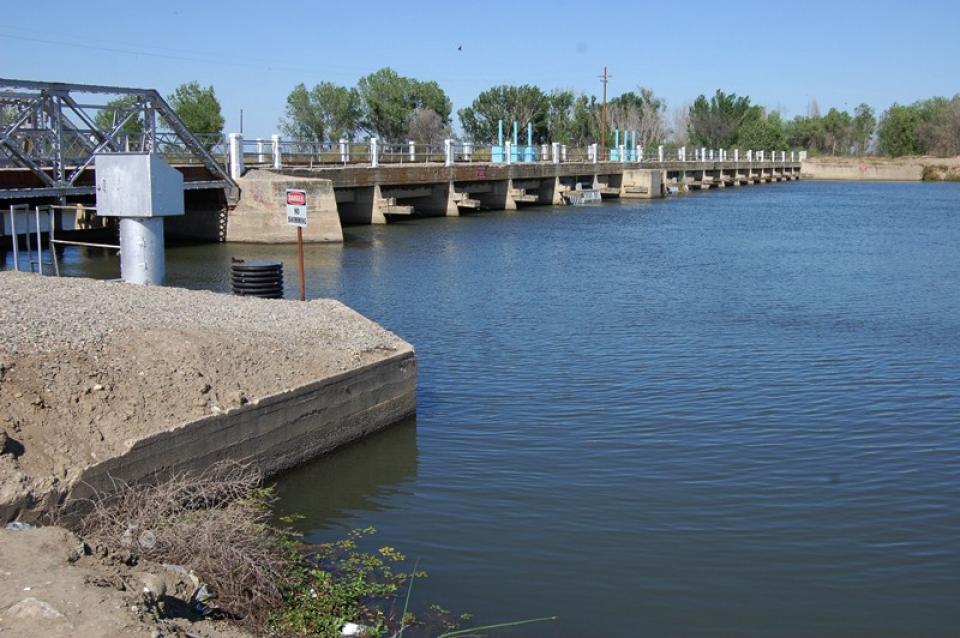 The Mendota Pool, located at the confluence of the San Joaquin River and Kings River in California’s Central Valley, is the terminus of a long journey for water from the Sacramento River.

Completed in 1951, the canal begins at the C.W. Bill Jones Pumping Plant  near Tracy and follows the Coast Range south, providing irrigation water to the west side of the San Joaquin Valley, and terminating at Mendota Pool.

The pool is a historic diversion point for irrigation water. An old concrete dam built in 1919 causes the river to back up, creating a small reservoir 40 miles downstream of Friant Dam. Here the Delta-Mendota Canal’s remaining water is released to replace San Joaquin River flows that have been diverted by the Madera and Friant-Kern canals upstream of the San Joaquin River.

As part of the San Joaquin River restoration, 10 miles of river passage leading up to the Mendota Pool are being widened. There is also a possibility the pool will include a bypass to allow salmon to migrate.

In 2010, $20.7 million from the American Recovery and Reinvestment Act was designated to fund construction of a pumping plant and pipeline to connect the Delta-Mendota Canal with the California , Aqueduct near the city of Tracy, also known as the Delta Mendota Canal/California Aqueduct Intertie.

The Intertie, completed in 2012, connects the federal Central Valley Project and State Water Project while providing some flexibility to use one another’s infrastructure. The project also mitigates Delta-Mendota Canal conveyance limitations, allows for maintenance and repair activities, and serves as a resource for emergency water operations.