With a holding capacity of more than 260 billion gallons, Diamond Valley Lake is Southern California’s largest reservoir. It sits about 90 miles southeast of Los Angeles and just west of Hemet in Riverside County where it was built in 2000. The offstream reservoir was created by three large dams that connect the surrounding hills, costing around $1.9 billion and doubling the region’s water storage capacity.

The lake’s primary function is to provide a six-month emergency water supply to the 19 million people across the six counties of the Metropolitan Water District of Southern California. It stores water transported via the Colorado River Aqueduct and the State Water Project.

This reservoir flanks the Southwestern Riverside County Multi-Species Reserve, created by California’s first agreement for multispecies protection. The reserve provides habitat for many sensitive, endangered or threatened plants and animals. Diamond Valley Lake hosts fish including the ever-popular largemouth bass, rainbow trout, striped bass, smallmouth bass, bluegill, and, because of its great maximum depth of more than 250 feet, even sustains holdover trout. Many of the fish species in the reservoir are stocked; others were introduced with the water.

During the reservoir’s excavation, several notable prehistoric discoveries were made, including the fossils of such long-extinct animals as the American Mastodon, dire wolf, long-horned bison, and some camel and sloth species. Paleontologists from the San Bernardino County Museum confirm that these remains are from the Pleistocene Epoch, a period between 2.6 million to 11,700 years ago, during which time the most recent Ice Age occurred. 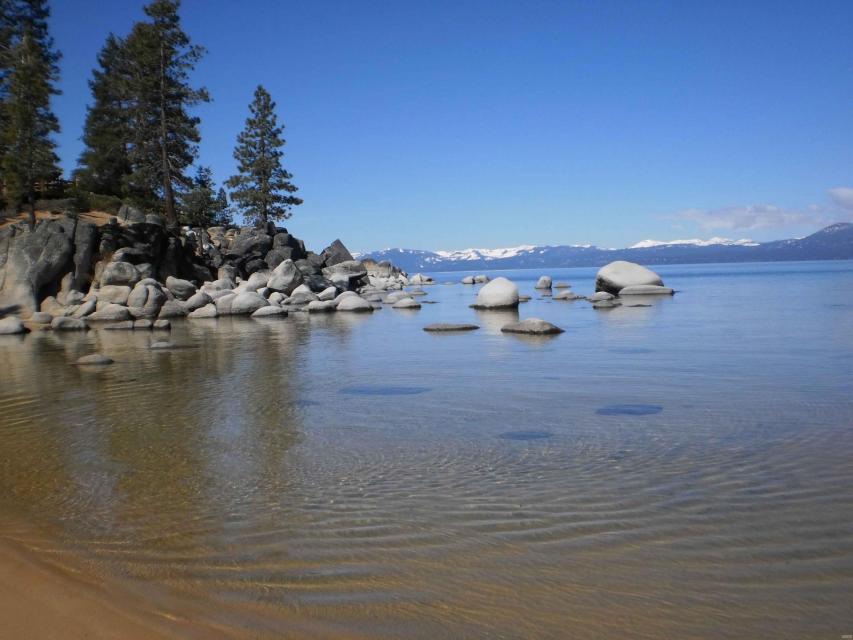