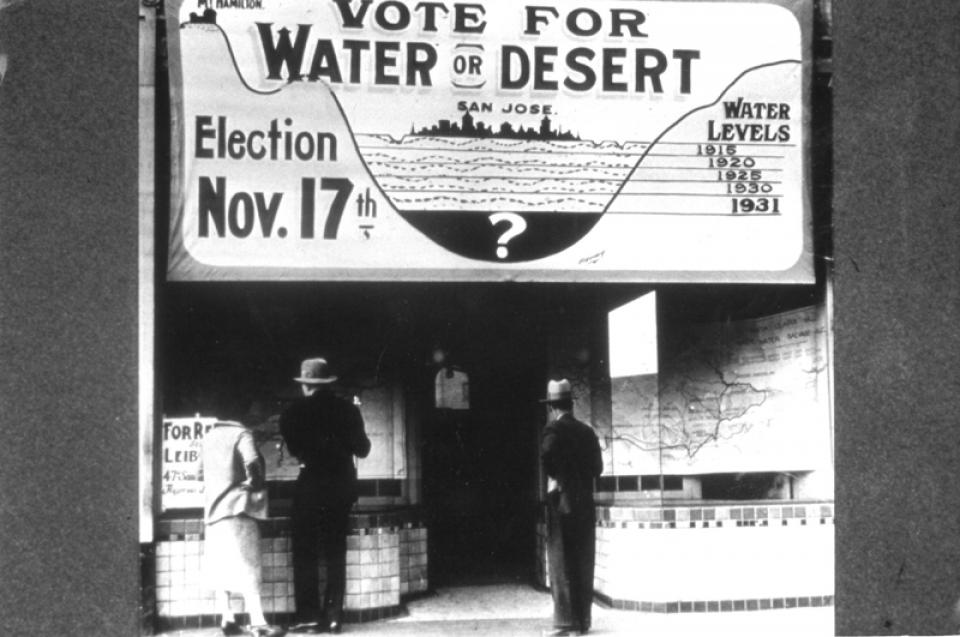 Overdraft occurs when, over a period of years, more water is pumped from a groundwater basin than is replaced from all sources – such as rainfall, irrigation water, streams fed by mountain runoff and intentional recharge. [See also Hydrologic Cycle.]

While many of its individual aquifers are not overdrafted, California as a whole uses more groundwater than is replaced.

On average, California uses about 2 million acre-feet of groundwater more than is naturally or artificially recharged. Much of the overdrafting has occurred in the agricultural Central and San Joaquin valleys.

As a result, overdrafting aquifers can have long-lasting consequences that are not resolved by a cloudburst or a flash flood.

As extensive pumping lowers the water table, the energy costs of lifting water to the surface increases. In extreme cases, the water table can fall below the reach of existing wells, requiring costly extensions or new, deeper wells. But over-pumping can lead to even more serious problems if the excessive extraction takes place over a long period of time – including the lowering or sinking of the land surface, which is called land subsidence, and, in areas along the coast, sea water intrusion.

Meanwhile, in 2009 the U.S. Geological Survey found that about 60 million acre-feet of groundwater has been lost in the San Joaquin Valley since 1961. While the northern and western parts of the valley saw level recovery “overall, the Tulare Basin part of the … valley still is showing dramatic declines in groundwater levels and accompanying increased depletion of groundwater storage.”

Elsewhere, the University of California Center for Hydrologic Modeling at the University of California, Irvine, estimated in 2011 that the groundwater loss in the Central Valley between October 2003 and March 2010 was 16.5 million acre-feet (20.3 cubic kilometers), which is more than half the size of Lake Mead – the nation’s largest reservoir with a 28.5 million acre-feet capacity – the third largest decline in 50 years.

“Continued groundwater depletion at this rate may well be unsustainable, with potentially dire consequences for the economic and food security of the United States.” University of California Center for Hydrologic Modeling.

Overall, persistent overdraft continues to cause problems in California. Groundwater increasingly is tapped to satisfy growing urban needs, to produce about half of the fruits, nuts and vegetables grown in the United States, and to make up for surface water supplies that have been reallocated to restoring rivers and marshes.