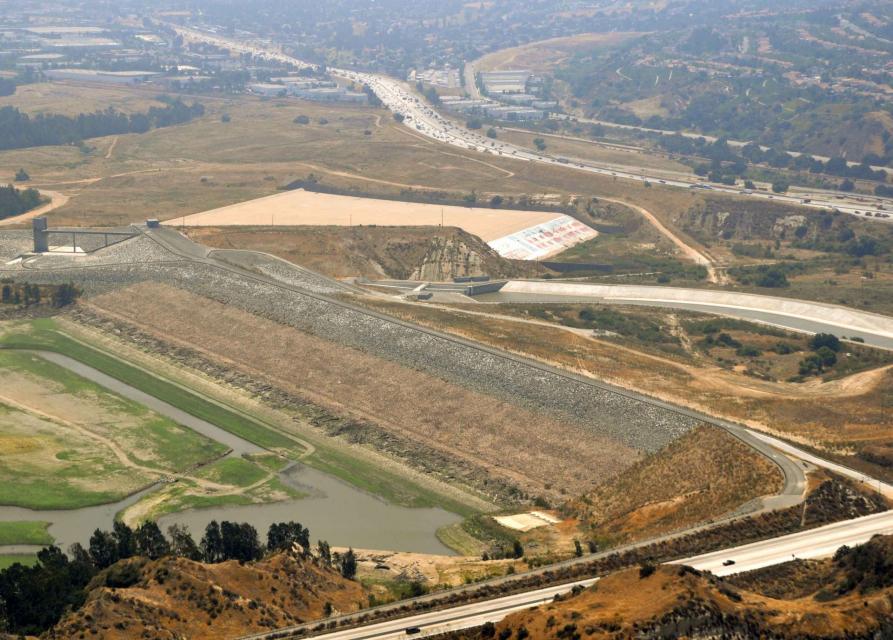 Prado Dam – built in 1941 in response to the Santa Ana River’s flood-prone past – separates the river into its upper and lower watersheds. After the devastation of the deadly Los Angeles Flood of 1938 that impacted much of Southern California, it became evident that flood protection was woefully inadequate, prompting the U.S. Army Corps of Engineers to construct Prado Dam. This dam is located on the river where it starts to cut through the Santa Ana Mountains in western Riverside County.

It was the only flood protection for the entire Santa Ana watershed until 1999 when the Seven Oaks Dam was completed 30 miles upstream as part of the Santa Ana River Mainstem Project. This project – meant to provide additional flood control to Orange, Riverside and San Bernardino counties – also included raising Prado Dam’s embankment by 28.4 feet to 594.4 feet, costing $740 million and increasing the reservoir’s holding capacity from 217,000 acre-feet to 362,000 acre-feet.

Completed in 1999, the Seven Oaks Dam is a 550-feet-high earthen dam on the Santa Ana River.