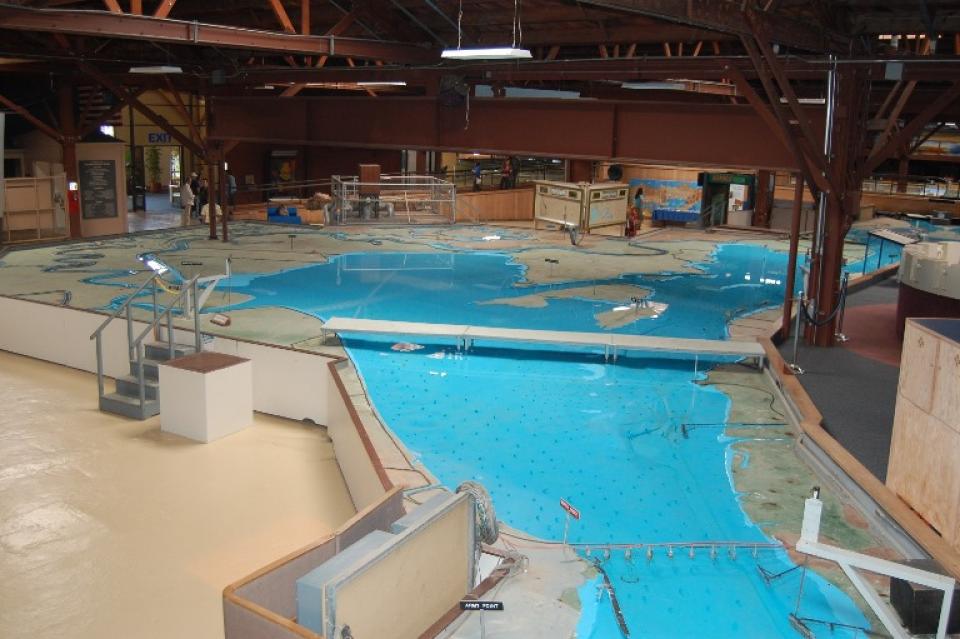 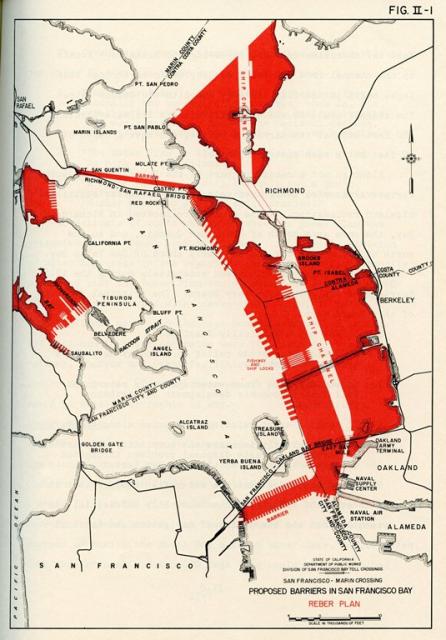 Operated by the U.S. Army Corps of the Engineers, the San Francisco Bay/Delta Model is a hydraulic model of San Francisco Bay and the Delta and is housed in a converted World II-era warehouse in Sausalito in Marin County.

Stretching 320-feet  by 400-feet wide, the Bay Model features a replica of the Bay Delta watershed from the Golden Gate to the Sacramento-San Joaquin Delta. Pumping systems move hundreds of gallons of water throughout the display and create 14-minute tidal ebb and flow.

The Army Corps of Engineers constructed the Bay Model to test proposals to build a barricade between salt water and inland fresh water in San Francisco Bay. Scientists, engineers and planners used the Bay Model as a scientific tool to better understand the impact of such proposals. Their work examined the San Francisco Bay and the Delta’s tidal currents (which reach as far as the Sacramento River), sedimentation and circulation patterns, and interaction of fresh and salt water flows.

Since 2000, computer modeling has replaced the scientific research component of the Bay Model. Today, the newly renovated Bay Model serves as a resource to better educate the public about the scale and ecological complexity of the Bay Delta.  [See also the Water Education Foundation’s Bay-Delta Tour.]

There have been many proposals to prevent salt water from mingling with fresh water in the Bay Delta over the past 150 years.

One proposal in particular, the Reber Plan, gained serious consideration in the 1950s and led to the establishment of the Bay Model to determine its impact.

In response, the Army Corps of Engineers constructed the Bay Model in 1957 to assess the impact of such man-made projects on the natural environment. In the past, the model has been used to predict the dispersion of point materials dumped into San Francisco Bay, the impact of oil spills and the effects of dredging.