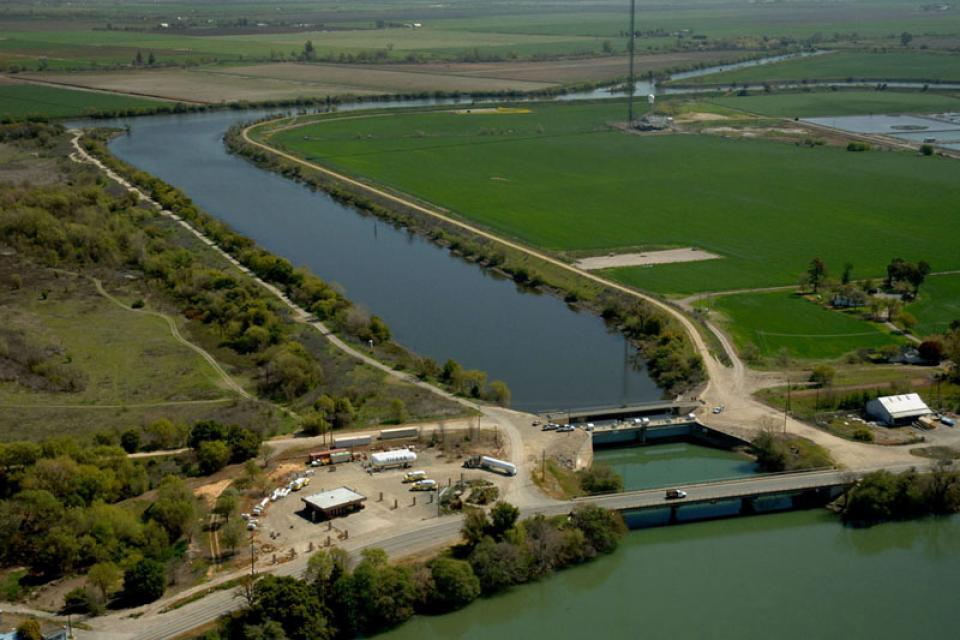 The majority of people, farms and businesses in California depend on water transported through the Sacramento-San Joaquin Delta.

With construction of the State Water Project and the Central Valley Project, the Delta became a critical link in the state’s complex water distribution system. Delta channels transport water from upstream reservoirs to the south Delta, where state and federal facilities pump water into the California Aqueduct and CVP canals.

These projects provide water to more than 4 million acres of irrigated farmland, primarily in the San Joaquin Valley, and to more than 25 million people in Central and Southern California and portions of the Bay Area. In all, water transported through the Sacramento-San Joaquin Delta is a partial or total source of drinking water for two-thirds of the state.

However, water no longer can be exported reliably or consistently out of the Delta because of court-ordered pumping restrictions to minimize effects on Delta smelt and other species. Moreover, the natural ecosystem has been so modified that many native fish species are at risk of extinction, and non-native species are more common than native species. Some Delta levees are also weak, with an ever-increasing risk of failure, and would take billions of dollars to repair and strengthen. Delta pumps providing local and exported water supplies, too, face threats from rising sea levels and increased salinity due to climate change.

In the past decade, California’s population grew by 25 percent. Officials estimate the state’s current population of 38 million will exceed 52 million by 2030 and reach nearly 60 million by 2050.

The question remains: where will the water for all these people come from? This question is further complicated by uncertainties about where these people might settle, water demand patterns, environmental conditions and climate change. At the same time, there are the ongoing challenges of supplying more water for fish and wildlife.

Strong advocacy by environmental groups and the presence of strict state and federal laws protecting endangered species and habitat have effectively blocked most conventional large-scale water development. As the need to further develop the state’s water supply grows, however, conflict has increased among Delta stakeholders.  In particular, there is a heated dispute between urban and agricultural users who want reliable supplies from the Delta, and those concerned about the health of the Delta ecosystem and declining water quality.

Meanwhile, Reclamation completed a Delta-Mendota Canal/California Aqueduct intertie in 2012. The facility connects the Delta-Mendota Canal to the California  Aqueduct and increases the operational flexibility of the SWP and CWP. More recently, California Gov. Jerry Brown proposed, through an updated Bay Delta Conservation Plan, water conveyance tunnels for the Delta, in roughly the same spot as the proposed canals.

How these proposals shape out remains to be seen.