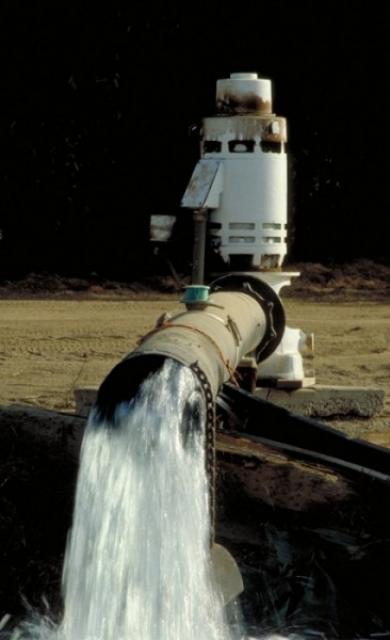 Prescriptive Rights are water use rights gained illicitly that evolve into a title. Typically this occurs with rights to chronically overdrafted groundwater basins gained through trespass or unauthorized use.

In California, the California Supreme Court developed the doctrine of prescriptive rights in 1949.

In that case, Pasadena v. Alhambra, the court decided that various users, including appropriators [see also appropriative rights], had acquired prescriptive rights — rights to infringe upon the established water rights by means of trespass or unauthorized taking. As such, these users, known as prescripters, were awarded a proportional share of the basin’s groundwater supply. The total extraction amount was limited to a basin’s “safe yield.” Rights to use the groundwater were based upon demonstrated use in the last five years of pumping.

This decision resulted in a “race to the pump house” as groundwater users of other overdrafted basins attempted to pump maximum quantities of water to increase their five-year pumping record prior to potential litigation and to maximize their eventual entitlements.

The court later backed away from its Pasadena ruling when it held in Los Angeles v. San Fernando that the water rights of public entities, such as cities, could not be prescripted. A number of other legal changes have since made it more difficult to use the Pasadena “mutual prescription” theory.