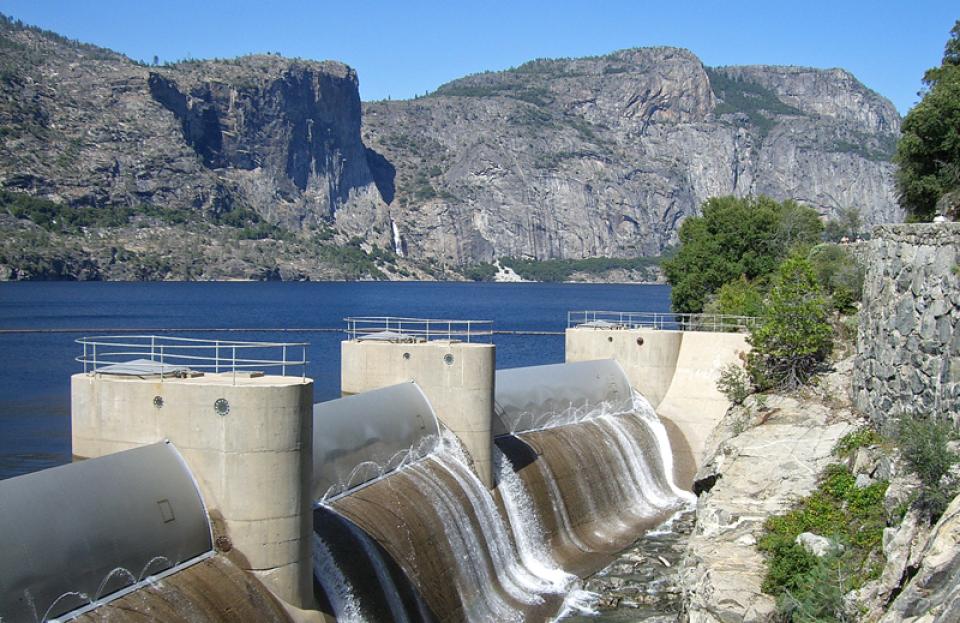 Located in the northwest portion of Yosemite National Park, Hetch Hetchy refers to a valley in the Sierra Nevada and a reservoir that supplies water to the San Francisco Bay Area. The valley is drained by the Tuolumne River. The name Hetch Hetchy is derived from a Sierra Miwok word for a type of wild grass.

Owned by the city of San Francisco, Hetch Hetchy Reservoir provides water to 2.7 million residents and businesses in the San Francisco Bay Area.

Due to its high-altitude location at 3,900 feet above sea level and its snowmelt-fed water supply, water from Hetch Hetchy Reservoir behind O’Shaughnessy Dam does not require filtration. The water is delivered by a gravity-based system and aqueduct to the Bay Area.

Hetch Hetchy has generated controversy since it was first proposed as a source of water following the 1906 San Francisco earthquake. Congress had to approve the project because it was located in a national park and it passed the Raker Act in 1913 to do so. John Muir and the Sierra Club unsuccessfully fought the reservoir’s establishment since it required flooding a scenic mountain valley in a national park. After the reservoir’s construction in the 1920s, various groups have lobbied to restore the Hetch Hetchy Valley to its natural state.

San Francisco voters have demonstrated their opposition to finding an alternative water and power source (Hetchy Hetchy also generates electricity for the city). Voters rejected a 2012 proposition that would have funded an $8 million study on how best to drain the valley. A separate vote would have been required on whether to demolish O’Shaughnessy Dam.

Different presidential administrations also have tried to address the issue, including those under Franklin Delano Roosevelt, Ronald Reagan and George W. Bush. In 2007, the Bush administration attempted to allocate funds to study removing the dam and restoring the valley.

Draining Hetch Hetchy without depriving Bay Area residents of their water supply would cost hundreds of millions of dollars at a minimum, according to the San Francisco Public Utilities Commission.

The advocacy group Restore Hetch Hetchy took its case for draining the reservoir to court, arguing in 2015 that the reservoir violates the California Constitution — specifically the mandate within Article X, Section 2 that requires diversions for all water use must be “reasonable.”

The question was, what constitutes “unreasonable method of diversion of water?” Restore Hetch Hetchy claimed the phrase had a broad meaning that had been previously applied in an environmental context. San Francisco maintained the phrase only pertained to water that was wasted, and there was no claim that the city wastes water, so it was a moot issue.

In 2016, a Tuolumne County Superior Court judge dismissed the lawsuit, saying Restore Hetch Hetchy’s arguments were preempted by the Raker Act. The judge also noted the provision of the state Constitution used to support the arguments to remove the dam was not passed until 1928 — five years after the dam was built.

Restore Hetch Hetchy’s subsequent appeal to the ruling was rejected by an appellate court and the California Supreme Court in 2018.