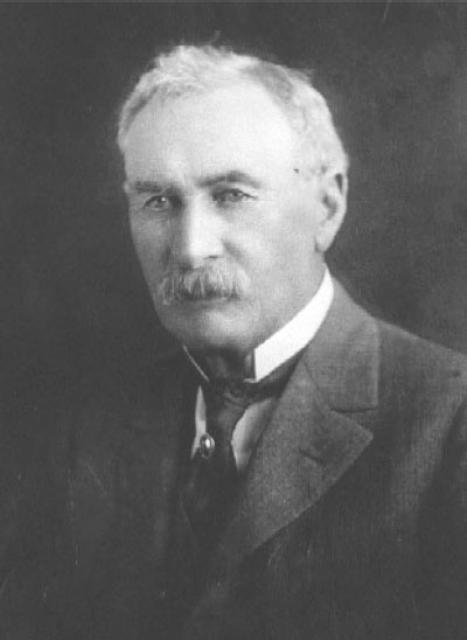 William Mulholland (1855-1935), an immigrant from Ireland, is infamous in the history of California water and the state’s water wars for both his far-sightedness and no-holds-barred approach to delivering a controversial water supply to Southern California. He is a love-hate character with a story that has many tellings, including in the 1974 fictional movie, Chinatown.

According to historical accounts, at the turn of the 20th century, he rose from ditch tender for the Los Angeles City Water Company to leading the new municipal Water Department (the predecessor to the Los Angeles Department of Water and Power) as its first superintendent and chief engineer. At that time, he began searching for a new water supply for the rapidly growing area and came up with a plan of an aqueduct system to transport water from the Eastern Sierra to Southern California, which resulted in the first Los Angeles Aqueduct and Owens River system. The plan was approved by voters and given the go-ahead by President Theodore Roosevelt.

As a result, in the early 1920s Mulholland began surveys to transport water from the Colorado River to Los Angeles. All of the guts and glory of his career ended with tragedy as he resigned in 1929, taking full responsibility for the collapse of St. Francis Dam near Saugus and the hundreds of people who died in what has been described as one of the state’s worst disasters.

Near the end of his life, he was a consultant for Hoover Dam and the Colorado River Aqueduct. Catherine Mulholland, his granddaughter, wrote a biography about him titled William Mulholland and the Rise of Los Angeles. He was among the people included in “The West,” an eight-part documentary series that premiered on PBS stations in 1996.