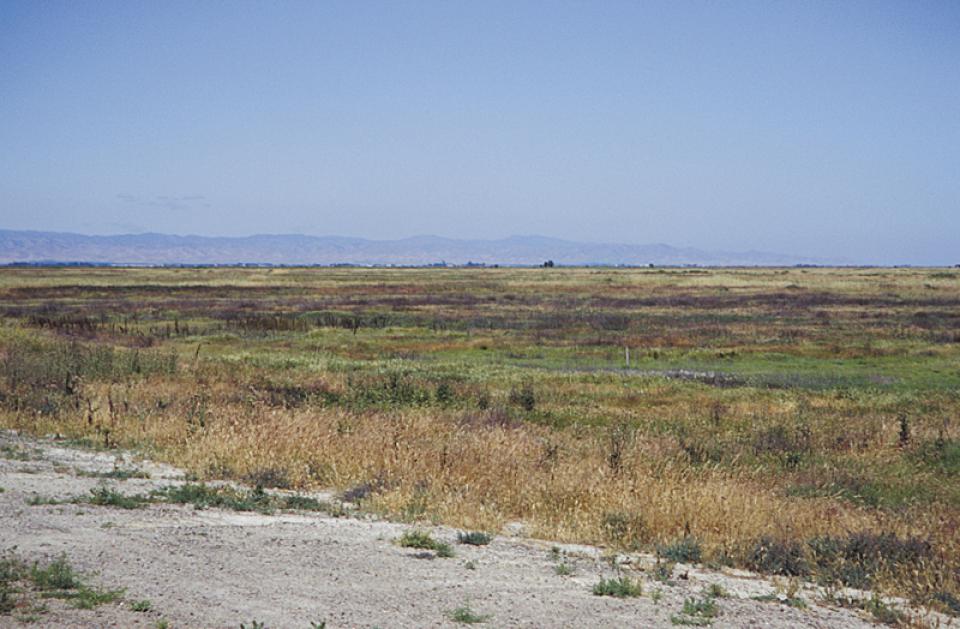 The San Luis Drain centers on the controversial idea of funneling agriculture drainage water for discharge in the Sacramento-San Joaquin Delta.

The San Luis Drain dates back to the 1960s, conceived as an offshoot of the Central Valley Project in the San Joaquin Valley. Initially, the project was to have included a 290-mile drainage canal to the ocean.  Today, that plan exists as an approximately 85-mile stretch just south of the  Sacramento-San Joaquin Delta.

Plans to complete the drain were stalled by field observations made by U.S. Fish and Wildlife Service in 1983. At that time, scientists discovered a very high incidence of deaths and deformities among water fowl at shallow storage ponds known as Kesterson Reservoir (where the San Luis drain ended at that time). The deformities revealed a new drainage problem— the effects of toxic concentrations of trace elements on the environment.  The drain was closed in 1986 under an agreement between federal Department of Interior and other officials, but not without resistance from affected landowners in the Westlands district.

Landowners sued because they were promised drainage service and in 1994 Federal District Court Judge Oliver W. Wanger ruled that the Bureau of Reclamation’s failure to provide drainage to the San Luis Unit is in violation of the San Luis Act.

In his opinion, Wanger said completion of the drain to Chipps Island or the Martinez region of the Sacramento-San Joaquin Delta, necessary drainage collector systems on farm lands, treatment facilities to remove or reduce selenium and other contaminants in the drainage effluent, and operation of the drain are “economically and physically feasible.”  [See also Agriculture Drainage and Environmental Impacts.]

Wanger ordered Reclamation to pursue a discharge permit for the San Luis Drain. The Bureau appealed the ruling, but also began discussions with the State Board to obtain a discharge permit, which is necessary under California law to build and operate drainage facilities.

In early 2000, the 9th U.S. Circuit Court of Appeals ruled that the federal government must do something to dispose of the drainage water but did not specifically endorse a drainage canal and discharge into the Delta.

Among those alternatives is completion of the San Luis Drain, discharging into the Delta, which would cost an estimated $500 million to $13 billion. Environmentalists and the Contra Costa Water District were among those opposed to this proposal based on potential significant impacts to the Delta and drinking water supplies. Farmers say completion of the drain needs to be explored as a means to sustain agriculture in the valley.