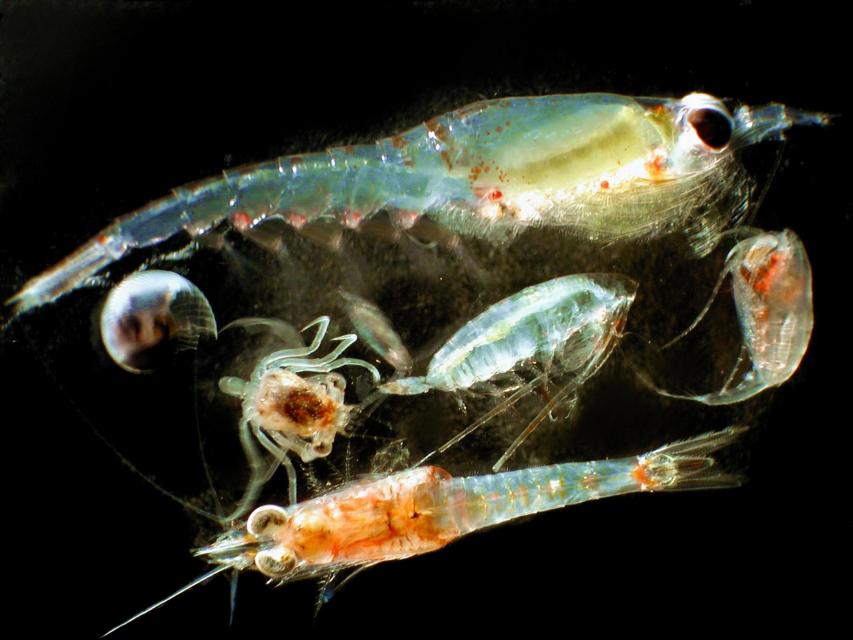 Zooplankton, which are floating aquatic microorganisms too small and weak to swim against currents, are are important food sources for many fish species in the Delta such as salmon, sturgeon and Delta smelt.

Unlike most other microorganisms, zooplankton are technically heterotrophic animals – meaning they cannot produce their own food. Instead, they feed upon phytoplankton like algae and help to keep those populations under control. Zooplankton are an integral part of both fresh and saltwater ecosystems. They are useful in studying ecosystem response to climate variability because, with their short life cycles, their populations respond to and reflect short-term and seasonal changes in environmental conditions and are sensitive to the magnitude of environmental change.

The gradual warming of the top layer of water has reduced the nutrients available for phytoplankton to photosynthesize. Without this food source, zooplankton populations have plummeted; off the Southern California coast, numbers dropped by 80 percent between 1970 and 1990 after a 1.4 degree Celsius temperature rise in the surface waters.

Since 1972, the Zooplankton Study has been monitoring these organisms’ populations throughout eastern San Pablo Bay, Sacramento-San Joaquin Delta and Suisun Marsh. The project is a joint effort between the California Department of Fish and Wildlife, Department of Water Resources (DWR) and the Bureau of Reclamation with the goal of overseeing existing populations and any effect which those artificially-introduced might have on the ecosystem.

Zooplankton scarcity has tremendous impacts on the already endangered Delta smelt, which relies on zooplankton as a primary component for nutrients. Additional factors in zooplankton habitat have exacerbated their survival struggle, particularly the introduction of overbite clam, which feed on them more competitively than Delta smelt.

Toxic algal blooms and dangerous pollutants have also killed significant numbers of zooplankton. As an important staple in the lower levels of the food chain, zooplankton’s population dynamics have far-reaching consequences for the health of aquatic ecosystems.