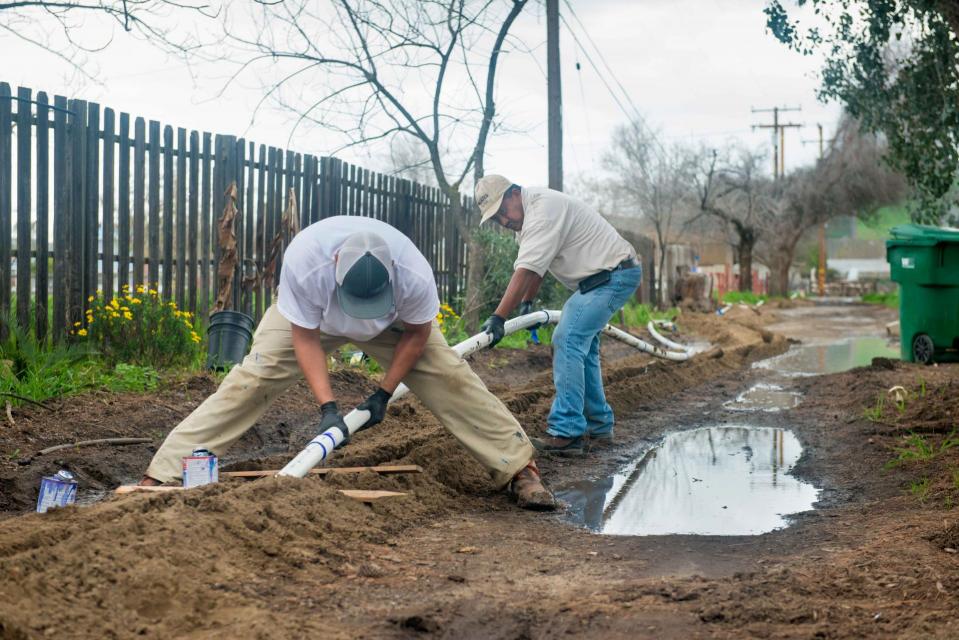 Disadvantaged communities are areas throughout California that are affected most by economic, health and environmental burdens. These burdens include poverty, high unemployment, increased risk of asthma and heart disease and often limited access to safe and clean drinking water.

An estimated 1 million Californians are served by water systems with unsafe drinking water, according to the State Water Resources Control Board. In many of these communities, people often buy bottled or filtered water to avoid drinking contaminated tap water.

Furthermore, they are subject to lost water supplies from wells running dry, especially during drought when groundwater is relied on more heavily and the water table drops.

The California Department of Water Resources defines a disadvantaged community as one with an annual median household income of less than 80 percent of the statewide annual figure — or about $54,191 for 2016.

While disadvantaged communities are spread across California, they are concentrated in the San Joaquin Valley.

During the 2012-2016 drought, the unincorporated community of East Porterville in Tulare County was especially affected by lack of water. The community of about 7,500 people, many of whom are low-income Latinos, relied on groundwater from private wells. As many as 300 wells went dry during the summer of 2014 and other wells in the area have tested positive for nitrates. By early 2018, a partnership of state and local agencies had connected 755 homes in the community to the city of Porterville’s municipal water system.

The plight of disadvantaged communities and their struggle for clean water is the subject of ongoing efforts to help remedy the problem.

In 2012, Gov. Jerry Brown signed the Human Right to Water law, which declared it the policy of the state that every human being has the right to clean, affordable and accessible water for human consumption, cooking and sanitary purposes.

With the passage of Proposition 1 in 2014, Integrated Regional Water Management plans now include efforts to more effectively engage members of disadvantaged communities to assess their water, wastewater and stormwater needs and wants, and to begin to provide effective assistance to meet those needs.

California’s  Safe and Affordable Drinking Water Fund, enacted in 2019, provides about $130 million each year until 2030 to support safe drinking water projects in vulnerable communities. However, the State Water Board estimates there is a substantial need for funding to help vulnerable water systems obtain safe and reliable water. Meanwhile, there is an effort to figure out how to provide low-income water rate assistance for all Californians.