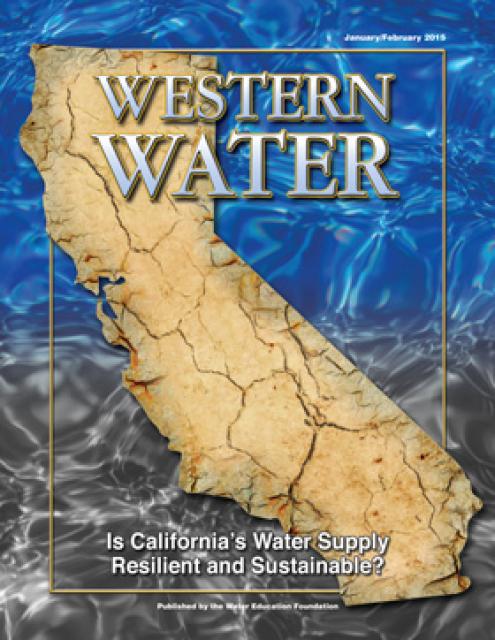 California’s most recent drought has reinforced the volatility that surrounds its water supply outlook from year to year. It also highlights what sustainability and resiliency mean to a state with a growing population and water needs that stretch from bustling cities in the north and south to the rich agricultural fields of the Central, Imperial and Coachella valleys and Central Coast.

Sustainability and resiliency may seem like abstract, academic-themed notions. But they have existed as long as water development began on a large scale for people and crops. More recently, they’ve become the latest buzzwords in planning documents and even legislation as water purveyors, government officials, planners and others try to develop a vision for the future of water in California.

Sustainability is “a somewhat flexible term,” said Felicia Marcus, chair of the California State Water Resources Control Board (State Water Board). To Marcus, the key to evaluating it in California “is looking at what’s coming at us” in the coming decades in order to become resilient.

“People don’t realize what a precious resource they have,” she said.

Preparing for the future means understanding that the Sierra snowpack that California depends on for so much of its water supply may not be as robust and that adapting to that predicted future of more rain and less snow is crucial.

“Even if you take the current population and the current storage levels/capacity in the state, if you didn’t add a single person, we would be in a world of hurt with that loss of snowpack,” Marcus said. “We would have flooding in the winter and springtime and we would have more water shortages in summer and fall because we won’t have that natural storage that we rely on now to hold that moisture until halfway into the year when it’s most used.”

Today, sustainability and resiliency are associated with a landscape characterized by a breadth of challenges, including climate change.

“It does get talked about a lot and I think while everyone has a general concept of what sustainability means, when it gets down to putting it into practice it’s going to be different for the individuals and entities that have to manage water resources,” said Anthony Saracino, a hydrogeologist and member of the California Water Commission.

Water sustainability means having an accurate water budget – knowing all inputs and outputs to the region being managed – “ideally at a watershed scale,” and “clearly defined objectives and targets” for all components of the system, including groundwater levels, instream flows and ecosystem needs, Saracino said.

Sustainability is vital to California’s agricultural industry, which manages water for farming, wildlife refuges and managed wetlands, the enhancement of salmon habitat, recreation and cities and rural communities.

“These are all important to sustainability in the Sacramento Valley, which is why we devote so much energy to preserving and managing the water within the region, as well as exploring opportunities, such as Sites Reservoir, to change the timing of water availability to benefit all of these beneficial purposes,” said David Guy, president of the Northern California Water Association.

For decades, water agency resource planners in the urban and agricultural sectors have confronted supply reliability and the shortfalls in their system. The Sustainable Groundwater Management Act taking shape in 2015 presents a challenge for many basins that for the first time will have to bring supply and demand into balance.

Prior to the law, “very few” basins had a budget that understood the amount of water coming in and leaving the system as well as “responsible oversight,” said Lester Snow, executive director of the California Water Foundation (CWF). CWF was a major proponent of the new law.

Saracino is among those who have long advocated for California to better manage its groundwater. “For the longest time there was not enough thought given to the fact that groundwater levels are going to drop,” he said. “There was probably the expectation they will recover or maybe in some cases [users] would take advantage of the ability to mine groundwater for the next couple decades and when they can no longer do that pack up and move elsewhere.”

Managing California’s water is a complex process because so many things have to be accounted for, said Jonas Minton, water policy advisor for the Planning and Conservation League and a former high-ranking official at the Department of Water Resources (DWR). Salinity controls, instream flow requirements, requirements to maintain the cold water pool at Lake Shasta for migrating salmon, water rights obligations and navigation needs are among the factors that confront water managers.

“There are so many needs, literally thousands, and they are all surrogates for some value society has expressed and the beneficiaries expect it to be maintained,” Minton said.

Sustainability “is about meeting today’s needs while still maintaining the values for use in the future,” he added, noting that “that is not to say we will manage water the same ways in the future.”

“In California, we try to freeze things based on our imprecise recollections of how we thought things used to be,” Minton said.

Improved water use efficiency and the realization of the fragility of supplies have spurred impressive innovation in stretching water supplies beyond what could have been realized 30 years ago. Water users dependent on imported supplies have aggressively diversified their portfolios to remain sustainable and resilient.

In Los Angeles, where water use has stayed flat for more than 20 years while the population has grown, the city is looking to curb water use even further through such measures as greater financial incentives for turf removal.

“We are trying to respond to the drought but also understand this might be our new normal,” said Nancy Sutley, chief sustainability and economic development officer with the Los Angeles Department of Water and Power (LADWP). She previously headed the White House Council on Environmental Quality during the Obama administration. “The other thing is we are really looking to reduce our dependence on purchased water. Mayor Garcetti has set a goal for us to reduce our purchased water by 50 percent by 2025.”

LADWP’s Stormwater Capture Master Plan says reaping the reward of local rainfall “is an important element of [the] overall plan to enhance our local water supply.”

“Today, on average, more than 27,000 acre-feet (more than 8.8 billion gallons) of stormwater is captured each year at centralized spreading grounds where it recharges groundwater,” the plan says. “Stormwater runoff that cannot be contained at these facilities is discharged to the Pacific Ocean via the city’s rivers and tributaries. We can certainly do more to capture and fully utilize this precious resource. Large scale stormwater capture projects like new and enhanced centralized spreading grounds and smaller ones like rain gardens, rain barrels and permeable pavers can help capture more stormwater for groundwater recharge or direct use.”

Plans are also underway to clean up contaminated groundwater in the San Fernando Valley and return it to use.

“It’s a Superfund site,” Sutley said. “The last 25 years there’s been some amount of cleanup, but not the level we need to fully use that storage for indirect potable reuse as well as to just fully utilize our pumping rights.”

The emphasis of Los Angeles’ water conservation is shifting to reduced outdoor irrigation, with the city in the second phase of a mandatory water conservation ordinance that includes bans on watering more than three days a week, with no watering on Saturdays, watering between 9 a.m. and 4 p.m., hosing off sidewalks and driveways and washing vehicles without a shut-off nozzle.

Environmentalists say Los Angeles’ efforts demonstrate the degree to which urban water use can be sustainable.

“LADWP is a good example of how a water agency has embraced, by necessity, the three legs of water supply sustainability – economic, ecological and quality of life,” said Peter Vorster, hydrogeographer with The Bay Institute. “What was once considered a highly reliable supply from the LA Aqueduct, providing 80 percent of its supply, became very unreliable providing half that amount because of the legal requirements to restore fishery flows and Mono Lake levels and mitigate air quality impacts from the dried up Owens Lake.”

There is a bigger picture in terms of stressors affecting water supply sustainability and that is the “lack of understanding and the lack of collective intent to make a decision about the gap in demand and supply of water,” said Abdul Khan, supervising engineer with DWR.

“There has been an evolution in the thought process by water managers and people understand that you cannot manage the thing you do not know about,” he said. “Sustainability, this word, we did not use it before 2005 because that was an anathema to a lot of stakeholders.”

This issue of Western Water looks at sustainability and resiliency and what the terms mean for California’s water. 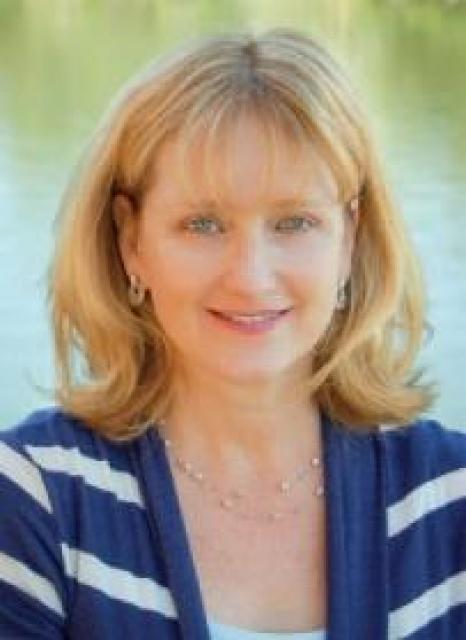 When Sue McClurg, deputy executive director at the Water Education Foundation, first pitched an issue of Western Water magazine on sustainability, I was intrigued. The catch phrase is used everywhere, from sustainably grown produce available at the supermarket to sustainably built communities that have less of an impact on the environment. In the water world, sustainability has become a more frequent term and goal in recent years when applied to water management. Agencies and districts even have jobs with titles such as “sustainability officers.”

The term really took center stage as the thrust behind last year’s groundwater legislation and took on a larger meaning with the name of the new law: The Sustainable Groundwater Management Act.

As we mulled over the idea of building an entire issue around this term, Gary Pitzer, our writer, chimed in with “resiliency,” which is also being used more frequently. It was a theme we used and heard a lot during the Santa Ana Watershed Conference last October in Riverside.

As former newspaper reporters, all three of us were intrigued by the idea of exploring the meaning of these two terms as they relate to water. But would every­one else be as interested? Well, we hope so. This issue of Western Water delves deep into sustainability and resiliency, and as Gary went about his reporting he discov­ered that Lester Snow’s group at the California Water Foundation is devising a sort of water sustainability report card for use by water agencies and others.

It seems a good idea to be focused on these terms and their meanings as the state is facing a fourth consecutive year of drought. Operating sustainability means being responsible with a precious resource that sustains us all, grows our food and nourishes our environment.

We hope we are doing our part by educating the public through our magazine and other publications, tours and events that explore key water policy questions. And, we hope that we are helping to educate future leaders in the water world with our annual Water Leaders class. The one-year program, designed to educate up-and-coming community leaders from diverse backgrounds and stakeholder groups about water issues, began this January. The theme this year is Managing Drought for the Economy and the Environment, meaning they will focus their efforts on crafting policy recommendations for this ever-challenging balance of water supply and use. The program also strives to enhance individual leadership skills and prepares participants to take an active, collaborative approach to decision-making about water resource issues. Collaboration, if nothing else, is key to our future sustainability.