Teaching About Water on the Other Side of the World 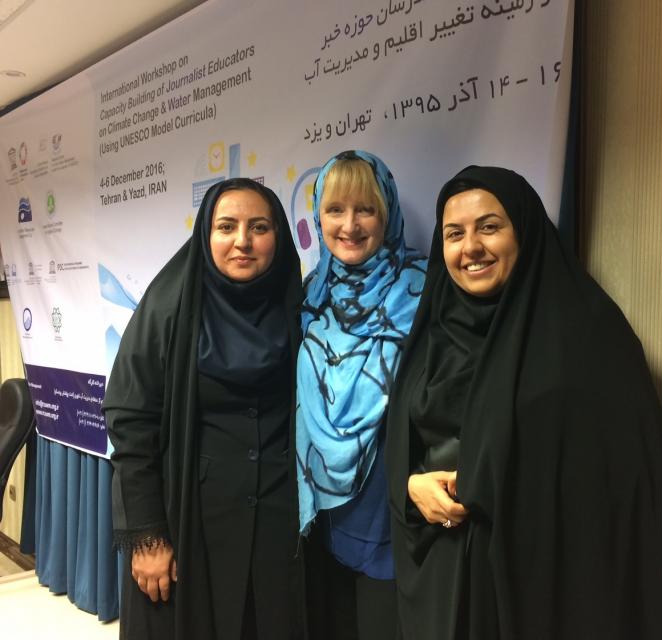 About this time last month I was on the other side of the world, leading an international journalism workshop on how to cover water issues. I didn’t think I’d ever go to Tehran, but when UNESCO (United Nations Educational, Scientific and Cultural Organization) called, I didn’t hesitate.

Helping journalists and others better understand water issues is a hallmark of the Water Education Foundation and its mission. While we do that mostly in California and across the Southwest, we are also known to host international groups – including agricultural students from Chile most summers – at our Sacramento office, where we give a rundown of water issues in the state.

This time, it was different: I would be the one making the international trek to Iran. I went there to share my expertise in journalism and water. In turn, I would receive a crash course on how water moves through many parts of Iran in ancient underground tunnels. Accompanying me on this journey was my fellow workshop teacher Elizabeth Miller, a documentary filmmaker and communications professor at Concordia University in Montreal. 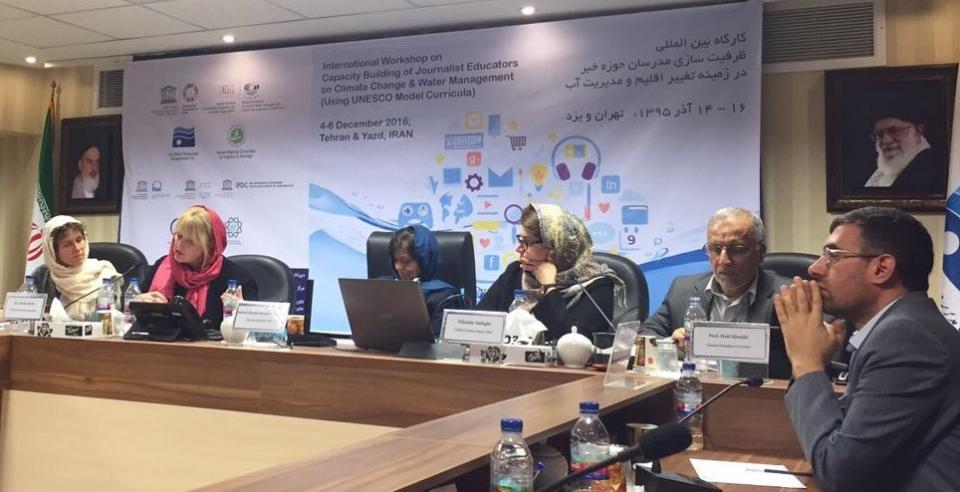 The two-day workshop in Tehran with the tour on the third day of the water tunnels known as qanats (yes, a tour, just like the Foundation does!) was an amazing and enlightening experience.

At the workshop, journalists, journalism professors, public information officers and even water engineers from Malaysia, Pakistan, Turkmenistan, Oman, and, of course, Iran sat around the table. English, Russian and Farsi were all spoken, prompting the need for headphones at times to understand the various languages as their words were translated into English, and my words translated into their language.

The workshop opened with formal addresses by UNESCO officials and a senior adviser to the Iranian energy minister (water policy and regulations issues are handled by the Energy Ministry unlike our Interior Department). All of the top officials spoke about the need for sustainability and how water amounts to a social issue that cannot be separated from the environment. The ongoing drought faced by Iran, where rainfall has been one-third of normal, has spurred a larger focus on water issues, much like in California.

According to the Los Angeles Times, Iran’s Meteorological Organization in June said 72 percent of the country’s 80 million people were living in “prolonged drought” conditions. Lakes were drying up and cities like Tehran were considering rationing water.

“Without any doubt, climate change is the reason for this,” Mohammad Nasiri, the energy adviser told workshop participants. Interestingly, he did not hesitate to say that climate change was caused by “inappropriate human activities.”

The UNESCO and government speakers said it was important to have journalists educated in water issues so they could better inform the public about the importance of the resource and its limited availability.

For my part, I explained the key elements of water that any reporter in any country needs to know about. We talked about social media and investigative journalism. I also mentioned how the drought in California led the governor to impose the first-ever mandatory water restrictions in 2014. They seemed interested in that; in fact some of the journalists in the audience tweeted about it in Farsi.

I also told them how, in addition to journalists, nonprofits like the Foundation and water associations such as the Association of California Water Agencies and water districts themselves were also spreading the message of conserving and making the public more aware about water resources. After all, even as we seem on the edge of crawling out of our prolonged drought in California, water will always be a limited resource here. 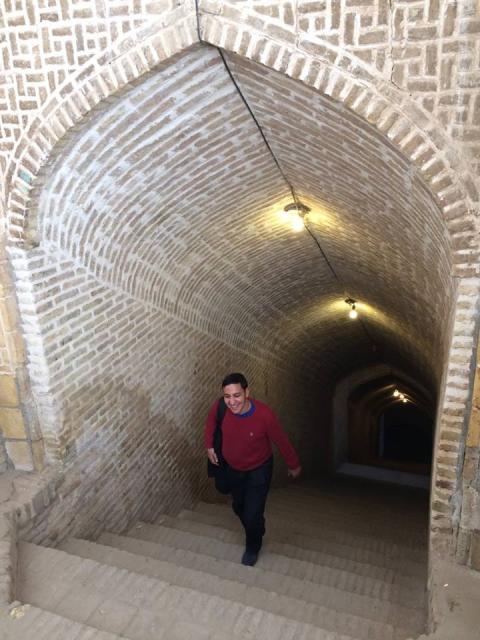 On the third day, we left behind the urban congestion of Tehran via a one-hour flight to the wind-swept desert of Central Iran. There, we toured the region’s water system dating back more than 2,000 years, and still in use today. (And we think our infrastructure is old in California!). 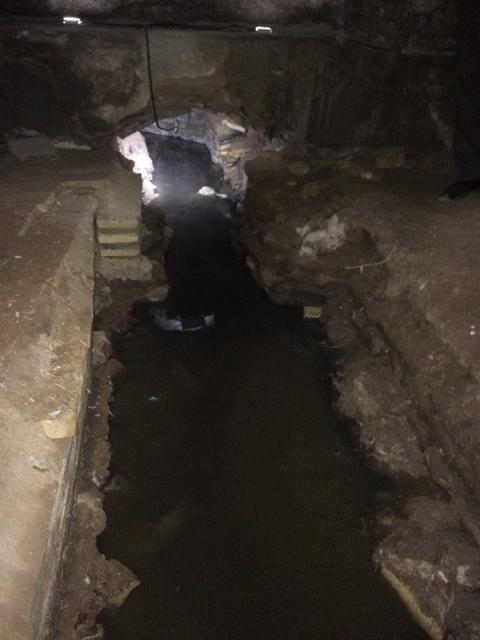 We landed in the ancient city of Yazd, starting out at a water museum then walking through the narrow paths and climbing down the stairs to the water tunnels below. The underground tunnels start miles away in the desert where they tap groundwater beneath mountains. A gently sloping dirt tunnel carries the water to the cities and farms, and, in some cases, people take water from the qanat based on a time frame; for instance, the volume of water that passes in 11 minutes.

Some of the homes built on top of the qanats, like the museum we visited, featured jacuzzi-sized pools in the basements where the water would rush in one side and out the other. People would not sit inside these pools but rather use the rooms for entertaining in the hot summers with the rushing water a cool and pleasant sound. 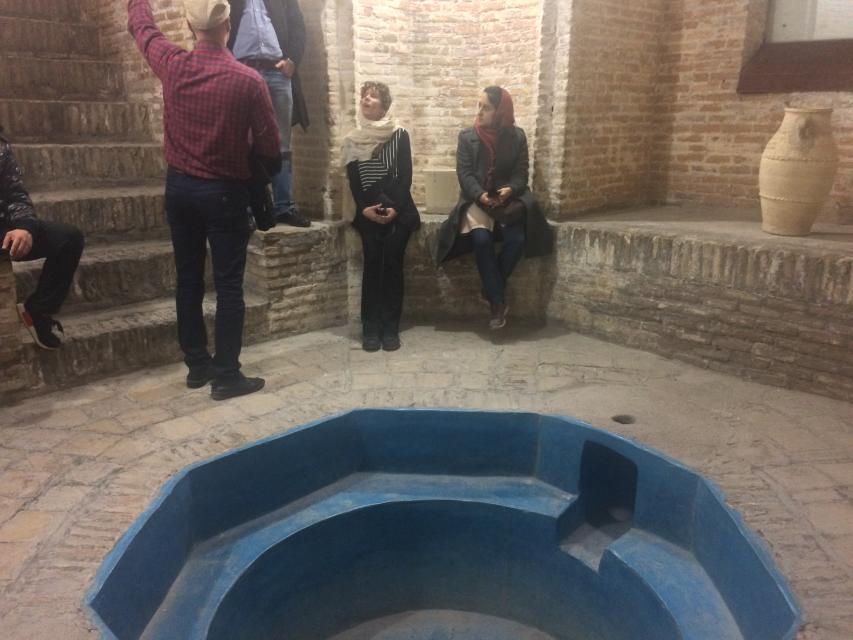 In Yazd alone, some 3,000 tunnels still wind their way below the city, not all in straight lines. Across Iran, there are more than 37,000 qanats. While the similar technology is used in some 30 countries like Oman, it is believed to have been developed in Iran by the Persians in the 1st Millennium BC.

We then drove beyond Yazd and into the desert scrub close to where the tunnel begins, and found an opening in the landscape that led to a short set of stairs down to the rushing creek below. We filled our water bottles to taste it, and it was good.

As we followed the tunnel’s path to where it surfaces as an open canal, we saw men, women and children – who apparently don’t have running water in their homes – wash their cars, clothes and dishes with the canal water as well as fill plastic jugs to bring back to their homes.

The scene underscored the notion that, no matter where you are in the world, the story of water starts with where it comes from and how it gets to where it needs to go, and perhaps more importantly, what happens in between. 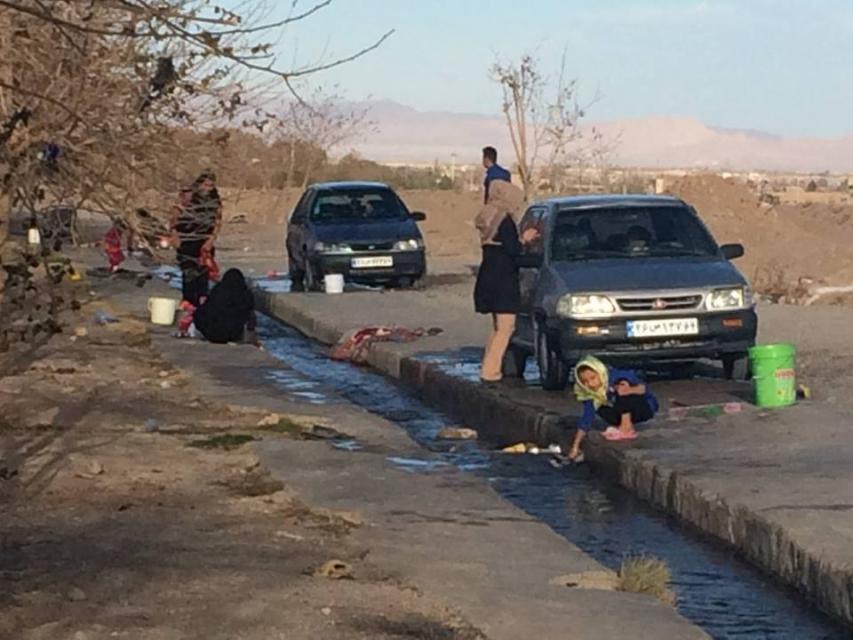 Although I asked several questions about the qanats during the tour, I left having a lot more. For instance, how long do they last before they cave in? What kind of treatment, if any, is needed for the water?

But we were already at the airport to grab our flight back to Tehran and three more to get back to California. Luckily for me, the qanat expert and our tour guide, Majid Labbaf Khaneiki, pulled out a book he co-authored, “Veins of Desert,” as we scrambled to get our luggage and get into the airport.

I hope to find my answers in the pages of his book!