Commentary: Tainted Water and the Tijuana River — A Border Tragedy

As I walked along the ocean at Imperial Beach enjoying the sun casting shadows on the waves, several families were wading into the water seemingly not noticing the patrolling lifeguard warning them that the water was too polluted for swimming. I wondered if some swimmers heard the warning so many times – often over 200 days a year – that they became immune to the notice. After all, there was no smell and the ocean looked normal. 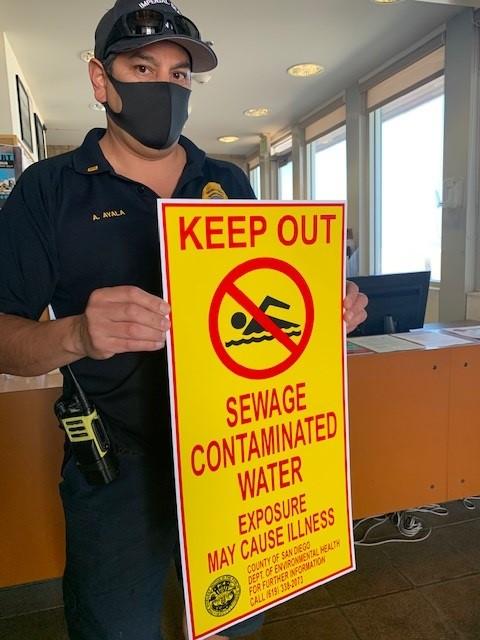 What had gone so wrong that we could not swim in the ocean in an American city? The problem of Mexican sewage-tainted water polluting southern San Diego County beaches has been going on for decades. What was once viewed as an environmental problem has become a public health issue.

Controversy has raged for decades on the cross-border sewage issue. A country with plenty of financial resources borders a country with less resources. The fast-growing city of Tijuana cannot keep pace with the sewage from the city’s population explosion.

The Tijuana River is one part of the problem. It has been functioning as a wastewater channel for more than 100 years and is sometimes called “a toilet flushing into the U.S.” Millions of gallons of sewage water enter the U.S. and flow through the Tijuana River Valley and estuary before entering the ocean north of the border. 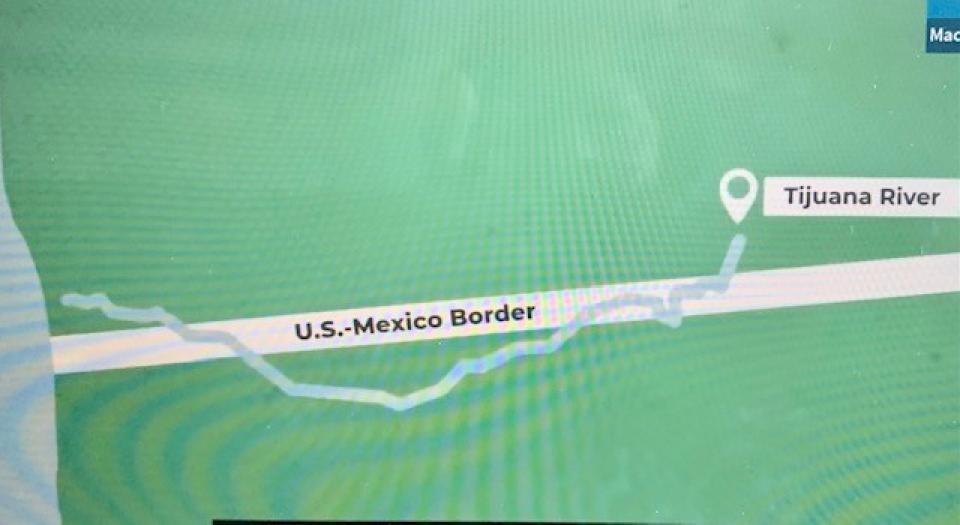 The river actually flows on both sides of the border. A tributary of the river starts in the arid mountains of San Diego County where it is dammed a couple of times for local water supply. The river then crosses the border into Mexico where it picks up trash including old tires, a tremendous number of plastics and raw sewage that empties into the Tijuana estuary on the U.S. side. When rains arrive, the problem of sewage and trash going into the estuary is worse, affecting the largest remaining salt marsh and bird refuge in Southern California. It’s been the Mexican government’s official position that once the sewage spills over to the U.S. side, it’s out of their jurisdiction.

The other part of the sewage problem, unrelated to the Tijuana River, is a Mexican treatment plant that often has been broken during the past 10 years. Whenever it does work, the Punta Bandera plant, six miles below the U.S. border, creates a discharge that doesn’t meet Mexican water standards and certainly not U.S. standards. Eyewitnesses describe “pools of poop” escaping from the broken plant and flowing through a canyon and into the ocean. That sewage can pollute beaches all the way north 20 miles to the famed Hotel Del Coronado.

A brief look at the history of the people on both sides of the border shows Americans and Mexicans are very connected. The arbitrary line creating this international border was drawn after the U.S. defeated Mexico in 1846 claiming America’s “Manifest Destiny” to control the continent from coast to coast. The Americans got San Diego Bay and a line was drawn several miles south of the Bay, intersecting the Tijuana River. For many decades, people and goods moved fairly freely across the border area. Just look at old movies showing the easy passage of people and talk to Mexican and American families, like my own, who went back and forth across the border for shopping and tourism.

The problems with cross border sewage didn’t happen overnight and involve both Americans and Mexicans in the business and cultural life of the border. Americans flocked to Tijuana after the advent of the U.S. Prohibition law when the city was open to bars, gambling and other activities. Mexicans from the interior began crowding Tijuana for work opportunities, overwhelming the city’s sewage system.

Explosive growth continued and the population of the city grew 10 times between 1940 and 1960. Part of that growth involved cross-border employment. Early in World War II, the U.S. needed workers to harvest crops, so a “bracero” program was created allowing up to almost half a million Mexicans to work as contractors in the U.S. and cross the border back and forth before the program was discontinued in 1964. Still the border area kept growing.

Since the 1970s, Mexican workers have been assembling American-made products in Mexico. With the creation of NAFTA in 1994, more American companies moved below the border. By 2000, Tijuana contained about 2 million people compared to San Diego’s 1.5 million. Tijuana is the fourth busiest land border crossing in the world.

Beginning in the 1930s efforts have been made to solve the Mexican sewage problem. First the Mexicans piped their sewage out to sea. This only worked until the early 1950s when U.S. health officers strongly objected to this method and the Mexicans began to treat their raw sewage with chlorine before putting it in the ocean. By the early 1960’s, an emergency link from Tijuana to a U.S. treatment plant was completed to treat millions of gallons a day. Through the years, the U.S. has treated Mexican sewage in varying amounts.

A cycle began of building improved treatment plants on both sides of the border only to have them overwhelmed. Two treatment plants now exist on the border, one run by local U.S. authorities and one international plant built in 1998 on the U.S. side of the border. Both plants suffer periodic breakdowns and need increased maintenance. 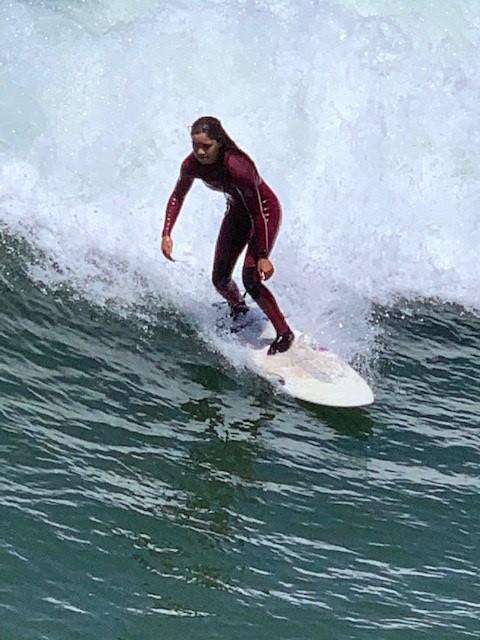 Beach closures continued mainly due to the broken Tijuana treatment plant at Punta Bandera. Disaster was compounded in 2017 when a Mexican sewage pipe broke and was not reported or quickly fixed. The mayor of Imperial Beach called the Mexican spill “a tsunami of sewage.” By this time, several dozen U.S. Customs and Border Protection agents, surfers and untold numbers of migrants were affected by contact with sewage. Finally in 2019, a powerful group of city and county, regulatory and interest groups sued the International Boundary and Water Commission, a U.S. and Mexican governmental organization.

A flood of attention came in February 2020, just before the pandemic hit, after the CBS television program “60 Minutes” examined the problem on both sides of the border. Five retired Navy Seals talked about being seriously affected by the polluted water at their training site just north of Imperial Beach. Many believe the unexercised Navy power could go a long way to solving this problem. The training beach is prime real estate and that may be the reason the Navy brass told Congress that the problem is “infrequent and short term.”

While it’s common for Americans to blame Mexico for the border sewage problem, both sides have benefited from a strong transborder economy and will benefit from solutions. After San Diego politicians and community leaders strongly lobbied Congress, $300 million was allocated in 2018 to the U.S. Environmental Agency (EPA) to study and solve cross border sewer pollution. Already, critics say the plan is $100 million short of what’s needed. In fact, one study estimated almost $700 million is needed for a comprehensive fix.

While the $300 million is not enough for a total fix, it is a start and the interests have not given up on getting additional funding. The latest word from Washington sources says the money has shrunk $100 million. The $300 million – now $200 million – is part of the United States-Mexico-Canada Agreement – replacing the 1994 NAFTA agreement. The money comes with a request for some of the funding to solve the problem at the source on the Mexican side – at Punta Bandera and other locations.

While this makes some sense, U.S. authorities are concerned that, even with U.S. help, Mexico will not be able to maintain the improved systems, a past recurring problem. San Diego-area Congressman Scott Peters says he is not averse to spending some money on the Mexican side of the border but asks the Mexican officials, “What are their plans? What are their commitments? We want to know that they will be able to maintain it and money won’t disappear.” Currently maintenance problems continue. About 1.8 million gallons of untreated sewage and urban runoff spilled across the border in the Tijuana River on Aug. 17 after a pump station on the Mexican side broke.

Unpaid taxes in Mexico both by American, foreign and Mexican companies also have hampered the Mexican government’s ability to build the necessary water infrastructure by collecting the revenue they need. Dr. Gabriela Munoz Melendez, professor and researcher for the Mexican think tank COLEF notes, “There are many American companies that were not paying a thing or very little for water.” 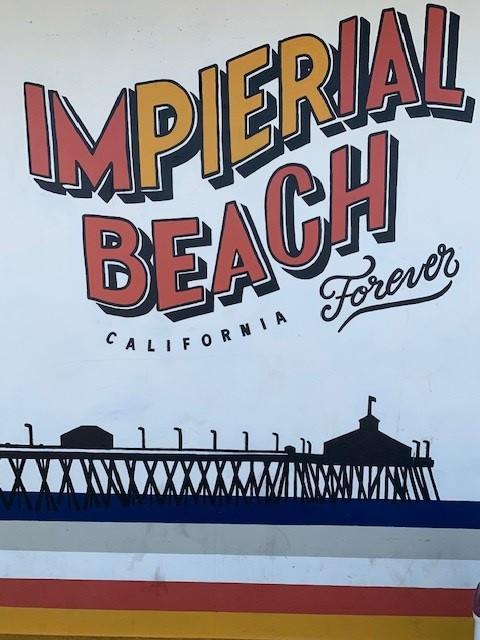 Fay Crevoshay, policy director of WILDCOAST, a nonprofit border environmental group, agrees. “Some people (in Tijuana) don’t pay taxes including 65,000 squatters living with no services.” Although Mexico has very many good environmental laws on the books, there is little enforcement and only a few companies comply with environmental regulations, according to Crevoshay. “Mexico has laws up the ying yang but no application of laws – people making it a live document,” she said. Unlike in the U.S., where citizen and third parties have often successfully taken polluters to court, these types of lawsuits are not allowed under Mexican law.

Another issue is that water also has been used for political and election issues, according to Vincente Calderon, editor of Tijuanapress.com. “Public services have been used as petty cash for political campaigns,” Calderon said. He said that of the approximately 1,000 maquiladoras (foreign companies operating in Mexico with duty- and tariff-free imports and exports, usually to the U.S.) only a fraction of them are socially responsible and compliant with laws to treat water.

In a July discussion moderated by reporter MacKenzie Elmer of the investigative news service Voice of San Diego, long-time observers from U.S and Mexican interest, press and governmental groups discussed solutions. These experts all agreed that open communication and transparency is necessary in deciding how to spend the money appropriated by the U.S. Congress. The difference between the ways the Mexican government functions – top down – and the way the U.S. government works – more bottom up – was noted as part of the challenge of working together. Even with all the obstacles to better water quality on both sides of the border, the experts agreed that progress would be made when potential projects finally are selected by the U.S. EPA.

An innovative partial solution could be recycled water. Water reuse of Mexican sewage can be used as an irrigation source in Baja’s Guadalupe Valley wine growing region. This would also help solve the problem of scarce and increasingly expensive water in Baja, which gets only about 15% of Mexico’s allotment of Colorado River water.

Hopefully the millions in U S. funding and some additional Mexican funding can make significant progress solving the cross-border sewage problem. In the future when we seek the next fix of this border pollution, Americans and Mexicans might look at casting a larger net to catch funding from those businesses benefiting from prosperity on both sides of the border. Congressman Peters says the U.S. and Mexican partnership should be a business agreement, “This is what I need from you and this is what you can expect from me. Our future is bound together with Tijuana and San Diego. We have to get this right.”

Rita Schmidt Sudman, former longtime executive director of the Water Education Foundation, is author of a book on California water issues, Water: More or Less. She lives in San Diego.