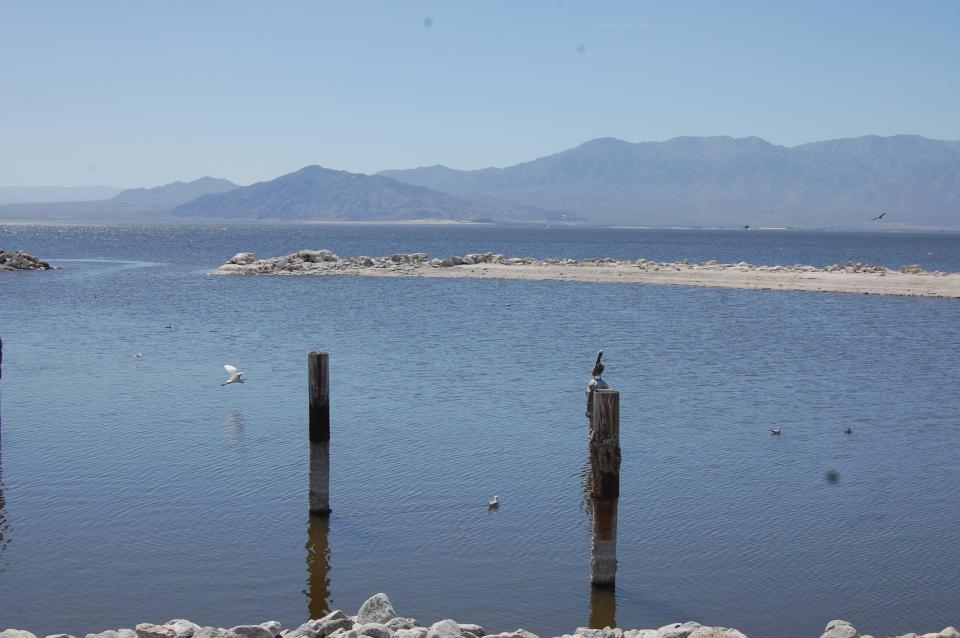 Fearing an imminent public health threat, the director of the University of California, Irvine’s Salton Sea Initiative said the State Water Resources Control Board should step in and regulate the rate of water transferred from the Imperial Valley to coastal California as part of the Quantification Settlement Agreement.

Tim Bradley, speaking recently before the State Water Board, said while there is “no question” about the right of the water transfer, “the question is does the withdrawal of water seriously affect the health of California?” He cited as an example Mono Lake, in which the city of Los Angeles’ rate of water conveyance through its aqueduct had to be weighed against public health and environmental issues.

Bradley’s comments came Aug. 16 as the State Water Board was updated on the status of the state’s Salton Sea Management Program. The sea, a terminal body of water straddling Riverside and Imperial counties that is becoming hypersaline, presents several problems due to a decrease in agricultural runoff because of the water transfer to San Diego. Those problems range from the loss of vital species habitat to the drastic degrading of air quality coming from increasingly exposed playa.

“The concerns at the sea are real but I think overall we are not surprised at what we are seeing,” said Bruce Wilcox, assistant secretary for Salton Sea policy at the California Natural Resources Agency. He previously was manager of environmental and Salton Sea programs at the Imperial Irrigation District (IID), overseeing mitigation and restoration efforts.

Wilcox’s agency and others are looking for ways to forego the adverse environmental and public health effects of a receding sea. More than a dozen workshops in Southern California have sought public comments on the best way to proceed. While the sea’s plight has been known for quite some time, Wilcox said he was “surprised by the lack of understanding and knowledge” by some people in Southern California of the situation.

“We need to do a better job of outreach,” he said, adding the most common question was why the state’s efforts are taking so long.

Habitat restoration projects at the Salton Sea include those for shallow and deep water. Immediate plans target about 1,100 acres, including Red Hill Bay at the southeast edge. Long-term, the sea will keep getting saltier because it is a terminal water body fed mainly by agricultural runoff. It’s expected to reach 60 parts per thousand by 2018 (seawater salinity averages 35 ppt).

The magnitude of the sea means solutions have to be focused.

“We can’t turn the whole sea into a habitat area,” Wilcox said. “We have to partition it in some fashion.”

State action on the Salton Sea has been spurred by IID, which petitioned the State Water Board in 2014. IID General Manager Kevin Kelley told board members that water transfers “have to be reconciled with the open question of what’s going to happen at that Salton Sea.”

“We want a simple road map for the next 10 years,” he said. “I don’t have confidence the state can meet that.”

In a June letter to Gov. Brown and the Legislature, the Little Hoover Commission said a state of emergency could be declared at the Salton Sea “to protect the health and safety and preserve the lives and property of the people of the state.”

Short of that, the Commission wrote that “the governor’s office should take a play from its own playbook and ensure that the assistant secretary and the Salton Sea Task Force replicate the speed and authority once given to the governor’s senior energy advisor for renewable energy who led the Renewable Energy Action Team.

“This senior official was given the authority to shepherd dozens of projects through federal, state and local bureaucratic hurdles to get the state on track to achieve its renewable energy goals, mainly by bringing key players into the room,” according to the Commission. “As told to the Commission, that model was simple: ‘Get everyone together. Cut through the red tape to get it done.’”