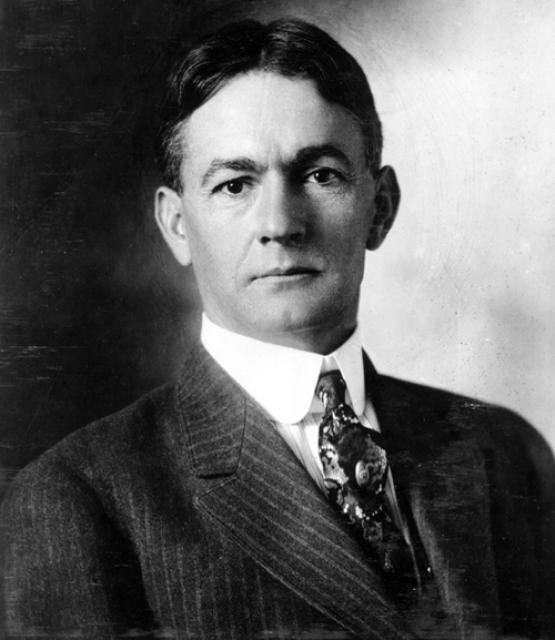 Robert B. Marshall (1867-1949), whose career at the U.S. Geological Survey culminated in 1908 when he became chief geographer for the entire USGS, first proposed the concept of a statewide water plan for a series of dams, canals and aqueducts to bring water to California’s Central Valley.

As a result of his 1919 Marshall Plan, he earned the nickname of “Father of the Central Valley Project.” According to the California Department of Water Resources, the Marshall Plan became the precursor of the first State Water Plan in 1930.

The key role Marshall played following the 1906 earthquake was detailed in the publication, “Facing the Great Disaster: USGS Responds to the Earthquake.” Marshall, who was the geographer-in-charge of the USGS Topographic Mapping Office in Sacramento, took charge in organizing supplies and bringing them to San Francisco.

During World War I he was a topographer with the U.S. Army, earning the rank of colonel. Click here for more information.