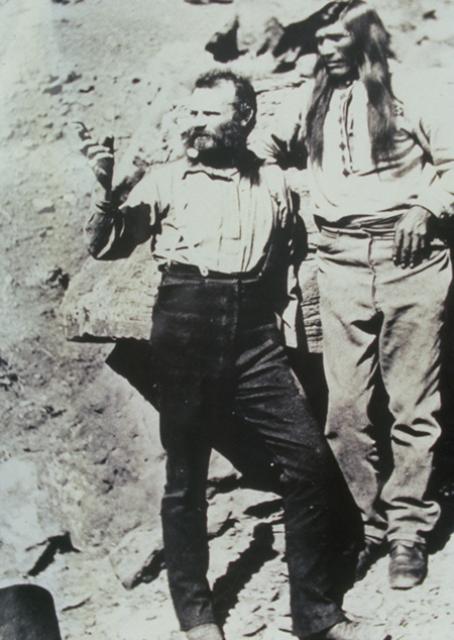 John Wesley Powell (1834-1902) was historic and heroic for being first to lead an expedition down the Colorado River in 1869. A major who lost an arm in the Civil War Battle of Shiloh, he was an explorer, geologist, geographer and ethnologist.

After further explorations of the Southwest, he published his views in the “Report on the Lands of the Arid Regions of the United States” (1878). According to an excerpt from Water Education Foundation’s Water & the Shaping of California, “Powell made three recommendations: Sell no more farmland that doesn’t have access to water; set property boundaries to encompass natural watersheds to avoid competition for streams; and do not rely on private water companies to develop water projects.

“Although Powell’s ideas were generally rejected at the time, the essence of his recommendations was later incorporated into the federal reclamation program established by Congress in 1902.” In 1881 President James A. Garfield appointed Powell as the second director of the U.S. Geological Survey (USGS), which his efforts helped establish in 1879. During his tenure as head of USGS, he backed a nationwide program of topographic mapping, promoted systematic studies and data collection in hydrography and advocated conservation and careful planning in the use of Western lands, according to USGS online accounts.

In 1894, due to political controversies over his views on the settlement of the West, he resigned.