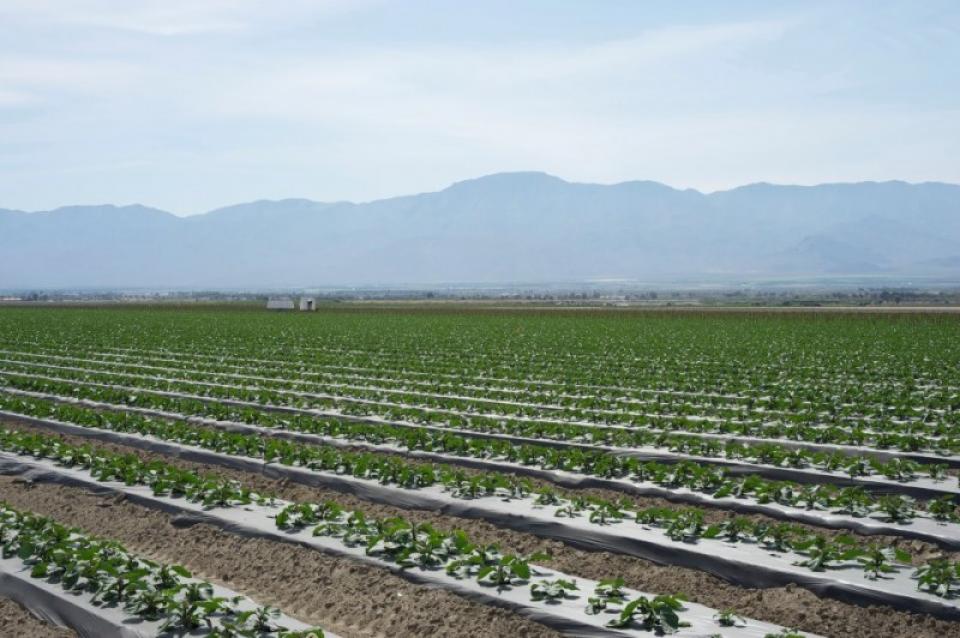 The Coachella Valley in Southern California’s Inland Empire is one of several valleys throughout the state with a water district established to support agriculture.

Like the others, the Coachella Valley Water District in Riverside County delivers water to arid agricultural lands and constructs, operates and maintains a regional agricultural drainage system. These systems collect drainage water from individual farm drain outlets and convey the water to a point of reuse, disposal or dilution.

Irrigation—particularly from the All-American Canal in the 1940s—enabled the Coachella Valley to become an agricultural oasis. The region supplies 95 percent of the United States’ date crop, having installed more than 2,000 miles of subsurface on-farm drains to serve approximately half the valley’s 78,500 irrigable acres. An estimated 85,000 acre-feet of drainage annually flows into the Salton Sea—a nearby large saltwater lake in deteriorating health—from the Coachella Valley [see also Agricultural Drainage and the Imperial Valley].

Some of the flows originate from three water reclamation plants, with the rest coming from irrigation water imported from the Colorado River or pumped from below ground. Through the years, large concrete pipes were installed underground to replace most open ditch drains. The underground pipes allowed additional cropland to be put into production. They also reduce operation and maintenance costs, and help to prevent the contamination of drain waters by fertilizers and pesticides that more readily contaminate water in open ditches than in underground pipes.

Apart from irrigation, the Coachella Valley benefits from a massive underground aquifer, one that could supply centuries of fresh water, but also could be coveted by water-hungry communities nearby.

In 2013 the Agua Caliente Band of Cahuilla Indians sued The Desert Water Agency and the Coachella Valley Water District, alleging that the two agencies pumped too much water from the aquifer and used salty Colorado River water to replenish it.

The case made its way to the 9th U.S. Circuit Court of Appeals, which had ruled the tribe has a right to groundwater dating back to the federal government’s creation of the reservation in the 1870s. The U.S. Supreme Court in 2017 said it would not hear an appeal by the two water agencies of the lower court’s decision, possibly paving the way for the clarification of further Indian water right claims.