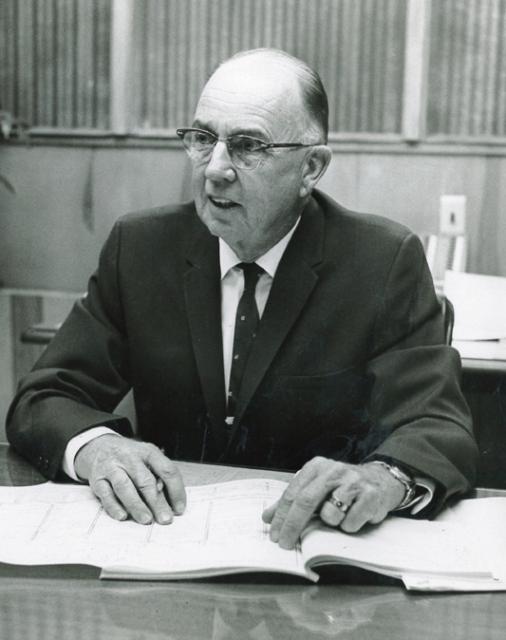 Clair A. Hill (1909-1998), a self-made engineer nicknamed “California’s Mr. Water,” built from the ground up an engineering firm that would merge to form the global consulting firm of CH2M HILL.

In 1938 in his hometown of Redding along the Upper Sacramento River in Northern California, he founded Clair A. Hill & Associates. Before merging with CH2M in 1971, the two firms had collaborated on many projects together, including the Lake Tahoe Advanced Wastewater Treatment Facility — the first of its kind in the world.

An internationally renowned engineer, he was recognized as a major contributor to California’s water supply planning and management. He had a 32-year tenure on the California Water Commission, serving 18 years as its chairman, and was named an honorary life member. While on the commission, he signed California’s original state water plan. In his honor, the Central Valley Project’s Clair A. Hill Whiskeytown Dam is named after him.

In 1992 he was interviewed for the Water Education Foundation publication, “Memories of the Early Days of California Water Development.” To encourage young people to become involved in water issues and begin water careers, he endowed a scholarship that is given annually by the Association of California Water Agencies (ACWA), the largest statewide coalition of public water agencies in the country.