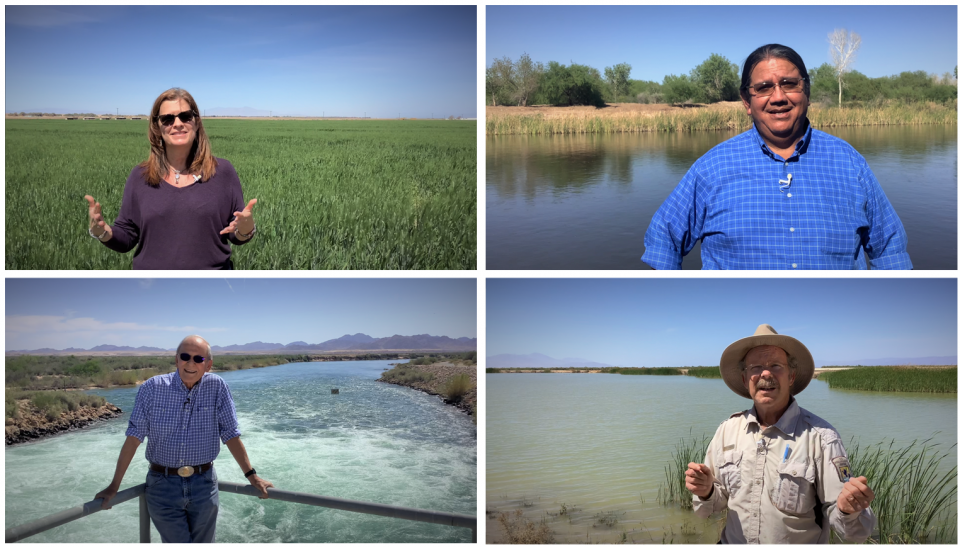 Hear directly from a range of experts offering a variety of perspectives on our May 20 virtual Lower Colorado River Tour as they put into context the 20-plus year drought on what is the most contested and meticulously managed river in the United States.

Among the experts featured are farmers, tribal representatives, and managers from wildlife agencies, water districts, the Bureau of Reclamation and others who will discuss drought impacts, habitat projects, farming and restoration efforts at the Salton Sea.

The 1,450-mile Colorado River is a lifeline to 40 million people in the Southwest across seven states and Mexico, and this tour will focus on how the Lower Basin states of California, Nevada and Arizona use and manage the river’s water.

The highest priority water rights on the river are held by agricultural users, but a chronic drought has dropped water levels in Lake Mead and Lake Powell — the river’s largest reservoirs — so storage levels and recent changes in water allocation rules will be among the topics of discussion.

The three-hour virtual journey will include:

As part of the event, participants will receive a copy of our Layperson’s Guide to the Colorado River and be entered into a drawing to win one of the Foundation’s beautiful water maps.