Water-Starved Colorado River Delta Gets Another Shot of Life from the River’s Flows WESTERN WATER NOTEBOOK: Despite water shortages along the drought-stressed river, experimental flows resume in Mexico to revive trees and provide habitat for birds and wildlife 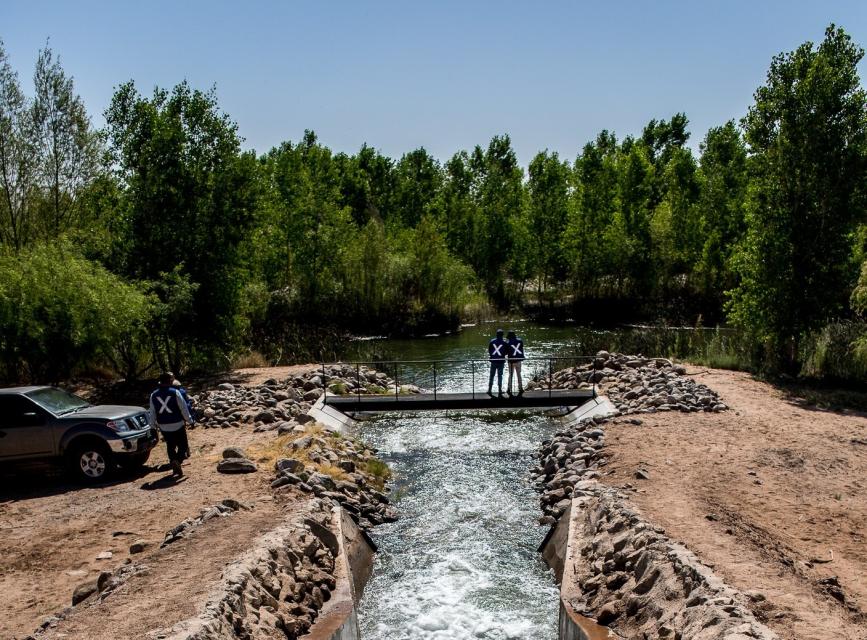 Water is flowing once again to the Colorado River’s delta in Mexico, a vast region that was once a natural splendor before the iconic Western river was dammed and diverted at the turn of the last century, essentially turning the delta into a desert.

In 2012, the idea emerged that water could be intentionally sent down the river to inundate the delta floodplain and regenerate native cottonwood and willow trees, even in an overallocated river system. Ultimately, dedicated flows of river water were brokered under cooperative efforts by the U.S. and Mexican governments.

The first intentional flows happened for about eight weeks in 2014. This year, the flows will be much longer despite an ongoing drought that sparked first-ever declared shortage on the river earlier this month. The flows started May 1 and will continue through October. They are supported by myriad groups, including the International Boundary and Water Commission (IBWC), created by the two countries 132 years ago.

“The United States is committed to meeting its environmental commitments to Mexico,” Daniel Avila, the IBWC’s acting U.S. commissioner, said in a statement. “I’m pleased to see the environmental water deliveries this year as part of our effort to improve wildlife habitat in the region.”

“As a result of the binational coordination and collaboration that has developed, we were able to design a creative solution to maximizing the benefits of the environmental water available.”
~Amy Witherall, binational program manager with the U.S. Bureau of Reclamation

Avila’s counterpart in Mexico, Humberto Marengo, said in a statement that environmental cooperation on the Colorado River in Mexico is very important for both countries, as reflected by the agreed-upon use of water to help replenish parts of the riparian corridor leading to the Gulf of California.

It’s an audacious experiment, part of a multifaceted agreement that helps the two countries share the river. But it comes this time despite shortages elsewhere on the drought-stressed Colorado River, which supplies water to millions of people in the Southwest and large swaths of farmland in the U.S. and Mexico.

Amy Witherall, binational program manager with the U.S. Bureau of Reclamation, said the current flow for the delta has a lower peak volume and is spread across a longer time period than the 2014 experimental flow. And by using Mexico’s irrigation canals, water is moving more effectively to restoration sites.

“As a result of the binational coordination and collaboration that has developed, we were able to design a creative solution to maximizing the benefits of the environmental water available,” she said.

Learning from the Flows 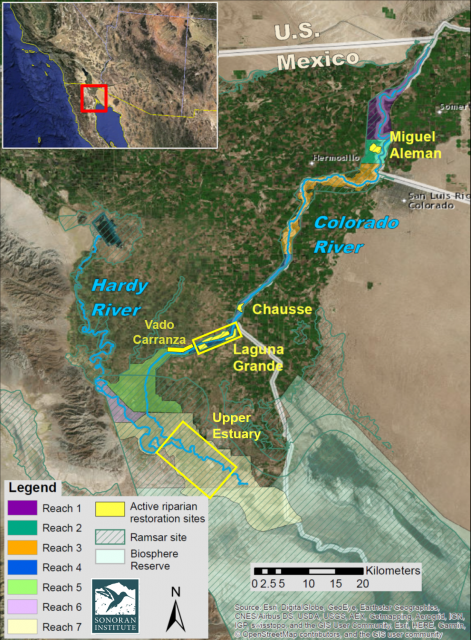 The dedicated environmental flows delight conservation advocates who see ample opportunity to bring back some of the ecosystem benefits for birds, plants and wildlife.

“One really interesting thing to report is that it’s working,” said Jennifer Pitt, Colorado River program director with the National Audubon Society. “There’s definitely been reports and visual confirmation of the connection of those flows to the sea.”

Raise the River, a partnership of six U.S. and Mexican nongovernmental organizations (NGOs), is leading the work to reimagine parts of the Colorado River Delta to establish pockets of wildlife-friendly habitat and recreational opportunities for local communities. It’s an iterative process that reveals how the landscape responds when it gets water from the Colorado River.

It’s likely the lessons learned from the coming months will influence how water is applied during a future flow release – sometimes through the dry reaches and sometimes around them. “We are going to collect data and have lots of conversations about the tradeoffs,” Pitt said.

The flow that began this year will be one in a series of rewatering efforts on the delta’s riparian corridor through 2026. The U.S. and Mexican governments provide the water in tandem with coalition of conservation groups. From the time the first flows began in 2014, those living near the river have been profoundly affected.

“I have grown up watching a river die and today I see a river revived,” Antonia Torres Gonzalez, a member of the Cucapá tribe indigenous to the lower Colorado River, said in a video produced by the Sonoran Institute of Mexico, one of the NGOs involved with the river. “We have been taught that the river is like a person that we have to love and respect.” 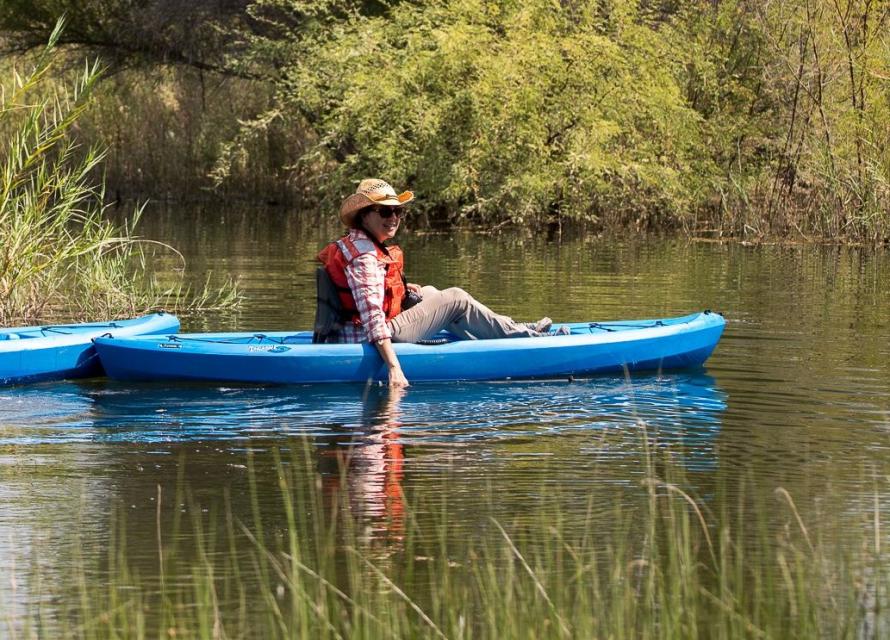 Even with a drought-stressed Colorado River on the brink of severe use restrictions that limit water for all purposes, water is flowing to restoration sites and will continue to do so under addendums to an international treaty. Still, those restoration flows are expected to be pared back – though not halted – next year as a result of the Bureau of Reclamation’s Aug. 16 declaration of a shortage in 2022 that will reduce water supplies for Arizona and Nevada.

“You can’t just sort of take one part of it and say, oh we’re going to do this part, not this other part,” said Karl Flessa, professor of geosciences at the University of Arizona who closely monitors the delta flows. With Reclamation’s shortage declaration, “Mexico is going to share that shortage and there’s going to be a comparable shortage or sharing of the water that goes towards the restoration projects.”

Bringing Back the Delta

Across the Colorado River Basin, climate change is upending the expected patterns of hydrology. Reduced Rocky Mountain snowpack and rising temperatures are stressing the system, leaving less runoff flowing downstream to reservoirs, farms and cities. Those working to restore delta habitat using river flows hope that their efforts will help. 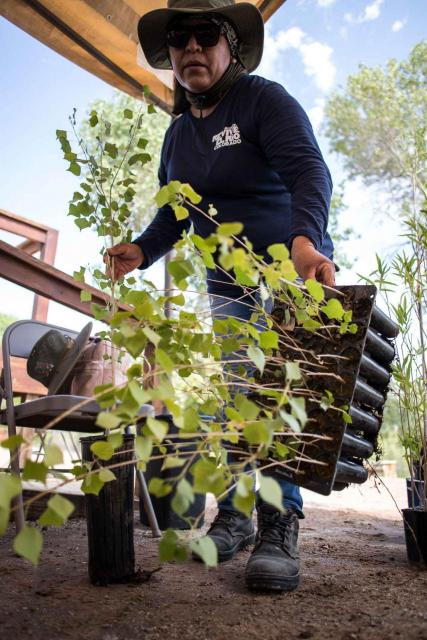 “We are trying to mitigate [climate change] in the areas with restoration, as we help to lower the temperature with the trees planted,” said Gabriela Caloca Michel, restoration project coordinator with Pronatura Noroeste, the oldest and largest conservation nonprofit in Mexico that manages several restoration sites.

The Colorado River once traveled all the way to the Gulf of California – an estuary of about 2 million acres. Dams and aqueducts moved water to irrigate farms, including those in Mexico and seven western U.S. states, and provide drinking water. As a result, the river made it all the way to the mouth of the estuary only during high flow years.

But people have come to realize that it’s possible to bring back a portion of the Colorado River Delta with relatively small contributions of river water. The first experimental pulse flow of Colorado River water – 105,000 acre-feet of water in total – into the delta was delivered to mimic the flood flows that used to naturally reach the delta with spring snowmelt. Some water was routed to established restoration sites along the river corridor to nurture newly planted native trees, such as cottonwoods and willows.

Much was learned from that 2014 flow. Even though the river would sometimes flood the delta, the 2014 release helped foster knowledge about water movement (including infiltration) that is aiding the current effort.

Pronatura’s Caloca Michel, who has worked on the delta since 2015, said the aim with the 2021 water release is to carefully map out the design of restoration sites, factoring irrigation infrastructure, plant selection and local nursery production, soil type and water table and water rights to be able to irrigate.

Getting To the Green-Up

Under the terms of a 2017 agreement, the United States, Mexico and the coalition of NGOs each agreed to provide one-third of the 210,000 acre-feet of water for environmental purposes in the delta through 2026. The NGOs have provided 26,369 acre-feet of water between 2018 and 2020. 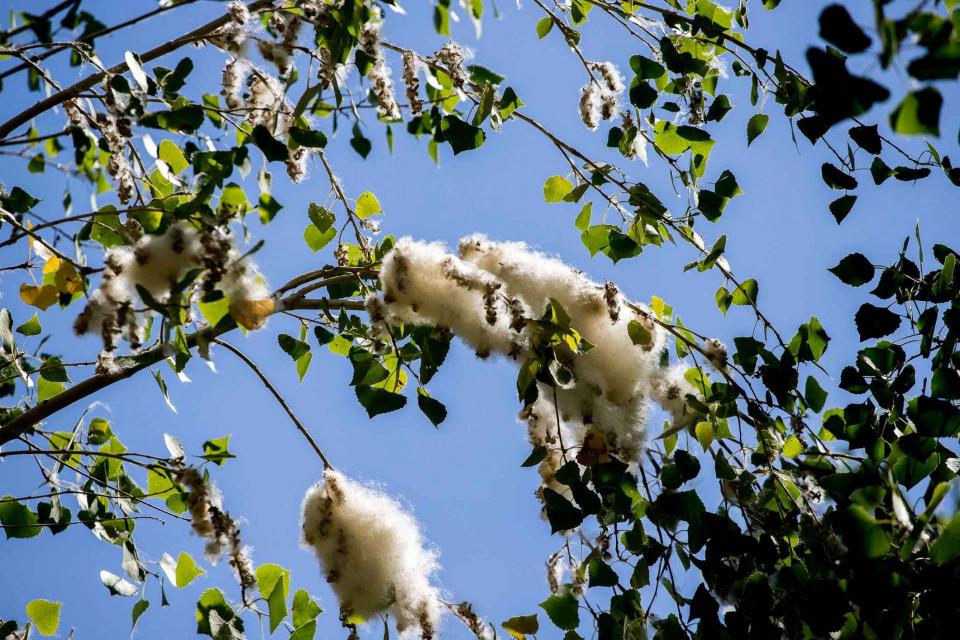 The plan is to move water to different locations at different rates and times to realize the most ecosystem advantages. It’s a give and take between providing open water habitat for birds and moving releases to specific restoration sites that have been cultivated with native vegetation. Some flows are carried via established irrigation canals to limit the amount that seeps into the ground.

Infiltration of the flows into the ground isn’t a loss, Flessa said.

“If you’re pumping groundwater or a Mexican farmer, that’s a good thing. Groundwater does sustain a lot of vegetation along the way,” he said. “But if you want to deliver water to some of the more downstream restoration sites you really need to find a way to make sure that you maximize the efficiency of the water delivery so you don’t lose as much of the delivery as you would by putting water in the main channel.”

Teams constantly measure how the flows affect the groundwater table, the established vegetation and the new acreage plots established by the conservation groups.

Having water available through summer helps, given the harsh desert heat.

“It is a pretty stressful time for everybody,” Flessa said. “For the plants, if there is lack of irrigation or lack of support, those trees don’t like it.”

“I see a very big impact that the ecosystem is working well and the work we do has paid off.”
~Celedonia Alvarado Camacho with the Sonoran Institute

A common refrain is the surprise about how quickly vegetation such as cottonwoods and willows respond to what Pitt called “a drink of water.” But it’s not just water. The foundation established by conservation groups provides jobs for the community and re-establishes a connection to the riparian environment.

“I see a very big impact that the ecosystem is working well and the work we do has paid off,” said Celedonia Alvarado Camacho, who supervises tree preparation and planting for the Sonoran Institute.

Long-term, the question remains how to reimagine the delta with relatively small amounts of water. The flows were included as part of a pair of recent amendments to the 1944 Water Treaty with Mexico. Conservationists expect that a commitment for environmental flows will be included in future treaty agreements.

“I have every reason to believe an environmental program will be part of [a new agreement], in part because we had it in the last two …  and because both countries have made enormous investments in restoring habitat,” Pitt said.

Still, a sense of perspective is needed for the ancient delta. “We are not going to bring the whole river delta back, that’s for sure,” Flessa said. “But I do think we could sort of get a green ribbon from the border to the Gulf of California.”

Please send any comments on the article to Doug Beeman, Deputy Director, News & Publications. Know someone else who wants to stay connected with water in the West? Encourage them to sign up for Western Water, and follow us on Facebook, Twitter, LinkedIn and Instagram. 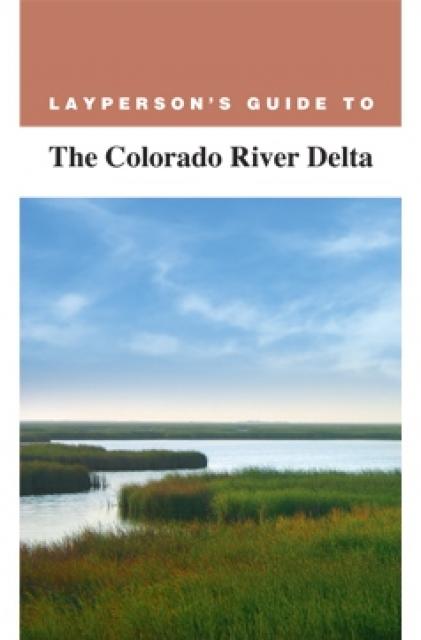 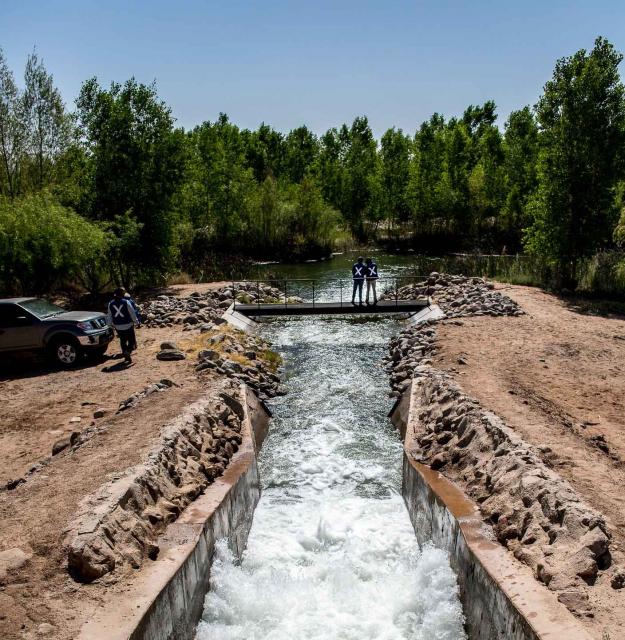