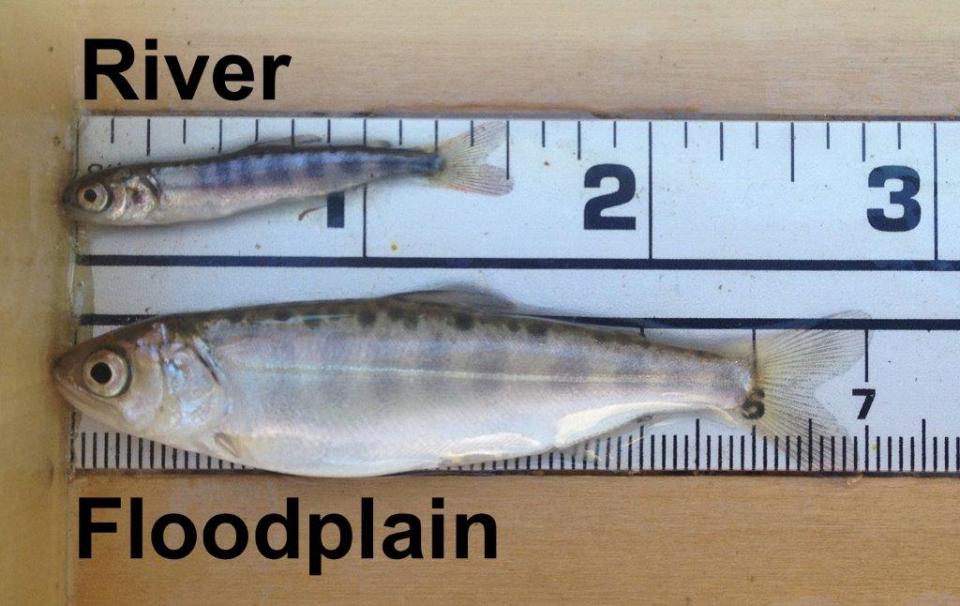 Biologists have designed a variety of unique experiments in the past decade to demonstrate the benefits that floodplains provide for small fish. Tracking studies have used acoustic tags to show that chinook salmon smolts with access to inundated fields are more likely than their river-bound cohorts to reach the Pacific Ocean. This is because the richness of floodplains offers a vital buffet of nourishment on which young salmon can capitalize, supercharging their growth and leading to bigger, stronger smolts.

Proof is in the pictures – notably the well-known photos Carson Jeffres, a biologist with the University of California, Davis Center for Watershed Sciences, took in 2014 of two salmon smolts side by side. One fish was large, healthy and fattened by weeks spent on a flooded rice paddy near Woodland, the other short and scrawny after rearing in the mainstem of the Sacramento River. Jeffres said an otolith (ear stone) analysis showed the larger of the fish to be only about three days older than the smaller one. The takeaway: Floodplains and the riches they offer do wonders for small salmon. 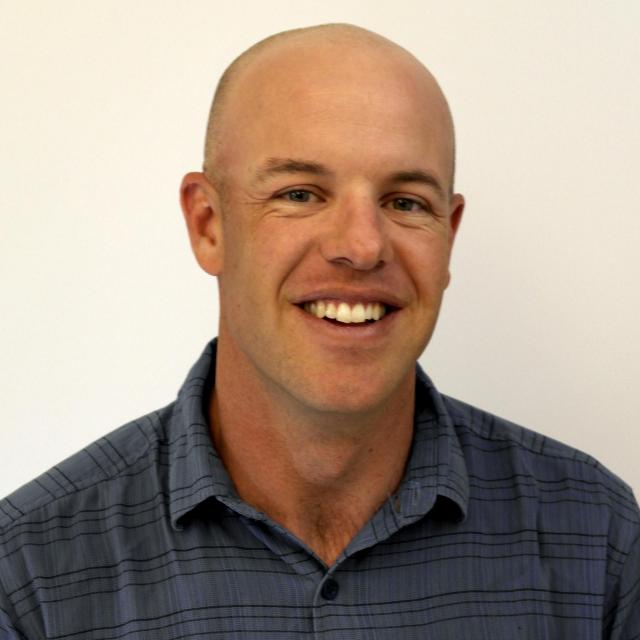 Recent research has produced even more convincing evidence that functioning floodplains can improve lifelong survival rates in chinook salmon. A salmon’s eyes are composed of layers, each one corresponding to a period of time in the animal’s life. The surface layer of a fish’s eye was formed most recently, the deepest layers years before, when the fish was still a smolt. As it happens, each layer bears isotopic traces of the food the fish was eating at the corresponding stage of its life. By analyzing the eyes of adult winter-run chinook salmon collected in the Sacramento River, Jeffres and colleague Rachel Johnson, a biologist with NOAA’s Southwest Fisheries Science Center, concluded that, in some years, most of the salmon had found their way onto floodplains as juveniles.

“A majority of them had a floodplain signature,” Jeffres said.

These findings have made scientists, conservationists and fishery advocates optimistic that relatively simple levee and landscape modifications that increase the frequency and duration of floods could spark a rebound in the Central Valley’s imperiled salmon runs.