ON THE ROAD: Cosumnes River Preserve Offers Visitors a Peek at What the Central Valley Once Looked Like Preserve at the edge of Sacramento-San Joaquin Delta includes valley oak forests and wintering grounds for cranes 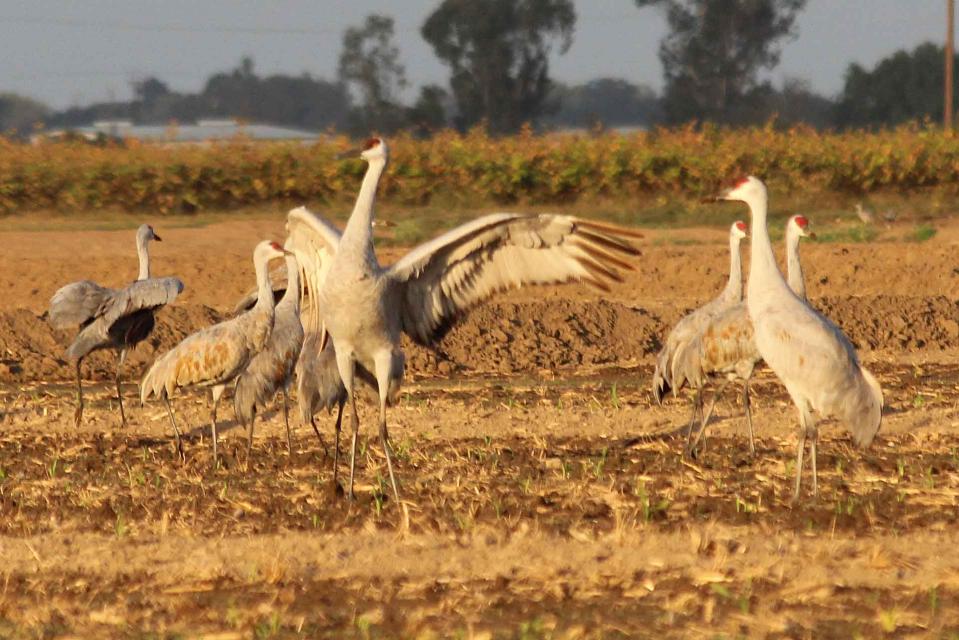 Deep, throaty cadenced calls — sounding like an off-key bassoon — echo over the grasslands, farmers’ fields and wetlands starting in late September of each year. They mark the annual return of sandhill cranes to the Cosumnes River Preserve, 46,000 acres located 20 miles south of Sacramento on the edge of the Sacramento-San Joaquin Delta.

The Cosumnes River is said to be the last free-flowing river from the Sierra Nevada to the Central Valley, and offers visitors a chance to peek at what the Central Valley once looked like. The preserve is home to more than 250 bird species, more than 40 fish species, and 230 plant species, including small but significant stands of valley oaks that were once ubiquitous across the Central Valley. Birds that migrate throughout the Pacific Flyway make the preserve a stop on their journey.

The lesser sandhill crane and the greater sandhill crane, listed by the state of California as threatened, winter here by the thousands. The species has stabilized over the past two decades thanks to crane-friendly farm practices that enhance fields to serve as important wintering habitat. 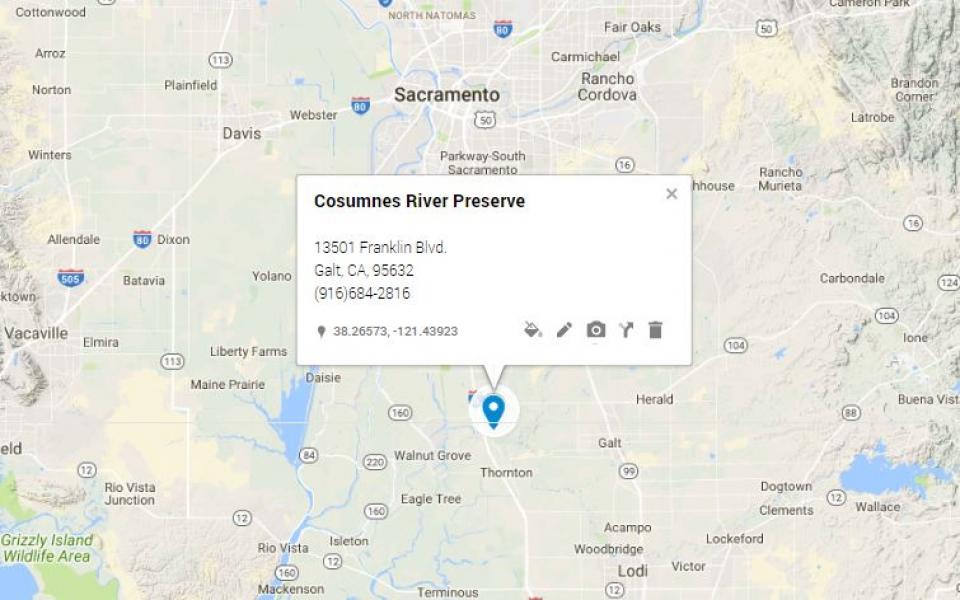 The large gray birds — they stand up to 5 feet tall — sport bright red caps and have a wingspan of 6 to 7 feet. During the day, they patrol fields to feed, rest and dance (it’s a mating ritual). At dusk, the flock flies into wetland areas for protection from predators, standing in several inches of water as a deterrent.

A growing attraction at the preserve is watching the nightly fly-ins of the cranes. Well before any birds appear, their trumpeted calls, which can be heard up to 2.5 miles away, signal the mass arrival to the selected site. Then, one after another after another, the birds land, squawking and splashing, much to the delight of onlookers gathered to bear witness to the amazing cacophony of nature. 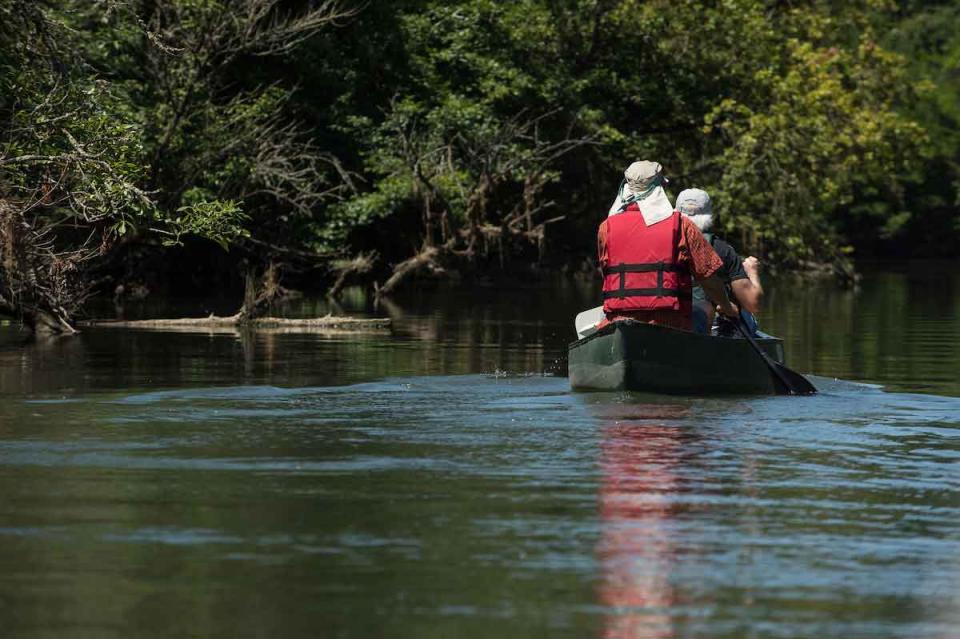 Visitors to the preserve can join in photography walks, cultural history hikes, nature walks, even bird and butterfly surveys. There are several trails, including an Americans with Disabilities Act-compliant wetlands trail, and a visitor center off Franklin Boulevard.

The preserve also features a dock from which visitors can launch a canoe or kayak, one way to get a closer look at and appreciation of the diverse flora and fauna of the Cosumnes River Preserve.