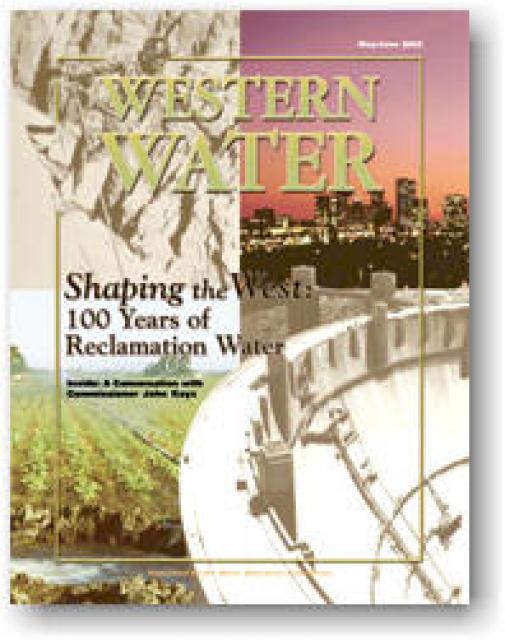 The Reclamation Act of 1902, which could arguably be described as a progression of the credo, Manifest Destiny, transformed the West. This issue of Western Water provides a glimpse of the past 100 years of the Reclamation Act, from the early visionaries who sought to turn the arid West into productive farmland, to the modern day task of providing a limited amount of water to homes, farms and the environment. Included are discussions of various Bureau projects and what the next century may bring in terms of challenges and success. Also included is a two-page interview with Bureau Commissioner John Keys III conducted by Foundation Executive Director Rita Schmidt Sudman.