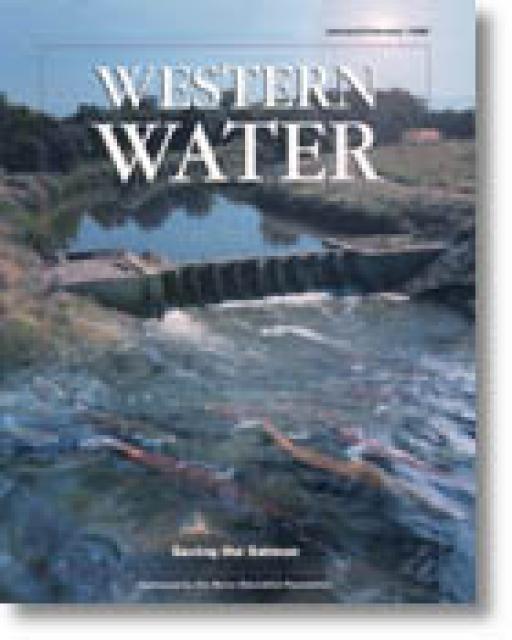 The salmon’s natural river-to-ocean, ocean-to-river life cycle has become a source of conflict in recent years as efforts to restore and enhance their populations have brought reductions in fresh water supply and restrictions in the commercial ocean salmon fishery. A combination of legal mandates and stakeholder consensus have generated an extensive effort to restore salmon populations, but not all runs are showing signs of improvement. This issue of Western Water updated the ongoing efforts to restore chinook salmon populations in the Sacramento River system – including information on programs being implemented under the Central Valley Project Improvement Act (CVPIA) and CALFED Bay-Delta consensus effort – and coho salmon populations in coastal streams. Chinook salmon covered include the endangered winter-run on the Sacramento River and spring-run in Sacramento River tributaries – the focus of major habitat restoration projects.