On the Edge: Defusing Tensions on the Colorado River July/August 2005 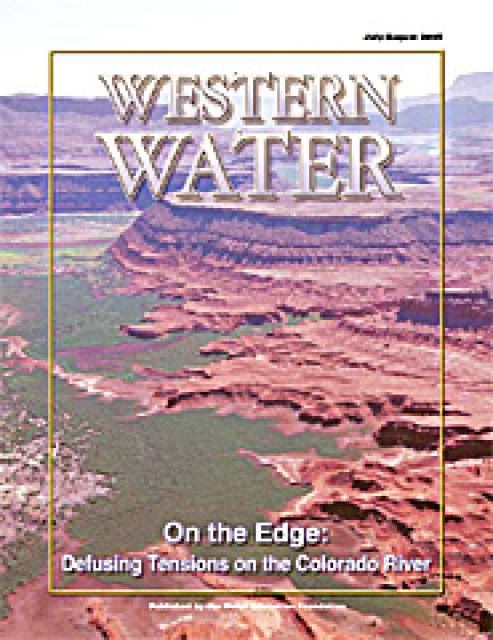 With interstate discussions of critical Colorado River issues seemingly headed for stalemate, Secretary of the Interior Gale Norton stepped in May 2 to defuse, or at least defer, a potentially divisive debate over water releases from Lake Powell. In a letter to governors of the seven Colorado River Basin states, Norton preserved the status quo of river operations for five months, giving states and stakeholders a chance to move back from the edge before positions had hardened on two key issues: (1) shortage guidelines for the Lower Basin and (2) Upper Basin/Lower Basin reservoir operations, particularly at Lake Powell. But Norton served notice that she wants discussions on those two issues to continue. This issue of Western Water explains Secretary Norton’s decision and what it means for the Basin states and stakeholders.