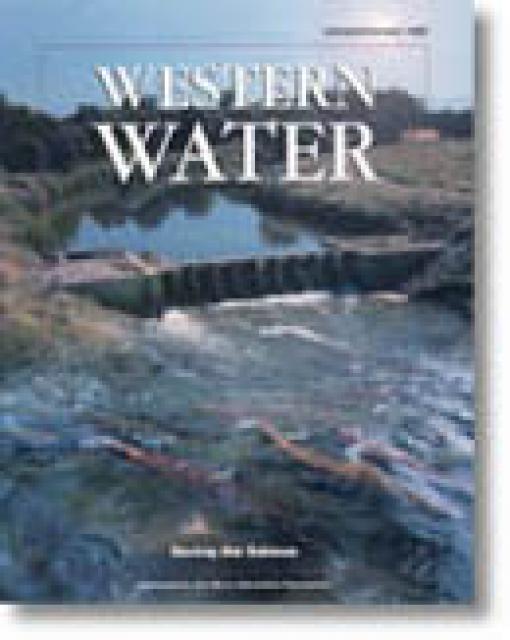 Fresh from the ocean, adult salmon struggle to swim hundreds of miles upstream to spawn — and then die — in the same stream in which they were born. For the salmon, the river-to-ocean, ocean-to-river life cycle is nothing more than instinct. For humans, it invites wonder. The cycle has prevailed for centuries, yet as salmon populations have declined, the cycle has become a source of conflict. Water users have seen their supplies reduced. Fishermen have had their catch curtailed. Environmentalists have pushed for more instream flows for fish.

In recent years, a combination of legal mandates and stakeholder cooperation have generated an extensive effort to restore salmon populations. Yet while it appears efforts to restore the Sacramento River winter-run chinook show some promise, other salmon runs are declining throughout the Pacific Northwest, and officials are considering further ESA listings.

As of October 1997, five Pacific Coast salmon runs, including the winter-run, were listed as endangered under the federal Endangered Species Act (ESA). Seven, including California’s coho salmon and Central Coast steelhead populations, were listed as threatened. The National Marine Fisheries Service (NMFS), which oversees efforts to recover endangered marine and anadromous species, is now reviewing all 19 Pacific Coast chinook salmon populations to determine if further action is warranted. In California, the state Fish and Game Commission has until June 13, 1998, to determine whether the spring-run chinook, a candidate species, should be listed under the state ESA.

“An ESA listing is complex. It can become very limiting. Each time another stock is listed, it’s another constraint,” said John Coon, salmon management coordinator for the Pacific Fishery Management Council (PFMC), which regulates salmon fishing. “Each time there’s another constraint, you have to reduce the fishery somewhat.” Commercial fishermen have been actively involved with landowners on several Sacramento River tributaries to improve spring-run chinook habitat, in part to increase populations and forestall an ESA designation. In recent months the Sacramento Valley’s Butte, Mill and Deer creeks have received billions of dollars in federal, state and local funds to screen and combine and even remove some water diversion facilities and diversion dams.

“The salmon restoration effort in California is unprecedented in terms of its scope and magnitude,” said Rich Golb, executive director of the Northern California Water Association, a membership organization of Sacramento Valley water purveyors. “Hopefully, we’ll see the benefits of this tremendous effort.”

Salmon recovery efforts are not confined to California — Oregon has initiated a coho restoration program and Columbia River interests continue to search for solutions to salmon declines in the Columbia-Snake system. Indeed, since the late 1980s, the region’s salmon resource has been at the heart of some of the larger water policy and political deliberations, including application of the federal ESA and California’s ongoing debate of how to “fix” the Delta.

Yet the Sacramento River system is unique. With four runs, salmon are found year-round within the system. The runs are designated by the approximate timeof year — fall, late fall, winter and spring — they pass under the Golden Gate Bridge on their upstream migration. Salmon restoration decisions cannot be made in isolation. Somehow, the various local, state and federal efforts for all runs must be coordinated because an action to improve conditions for one run could impact another. Delta water exports, for example, are restricted to 35 percent of inflow during spring months — a key period in the life cycle of the winter-run. During the fall, however, Delta exports can increase to 65 percent of inflow, raising concerns for juvenile spring-run chinook salmon moving through the system.

While much of the current salmon story focuses on habitat restoration, the battle over instream flows for fish has not ended. Such flows help juvenile salmon reach the ocean and maintain water temperatures and levels for eggs and fry. How much water is needed, where and when are all issues facing the CVP as officials implement the environmental water requirements of the 1992 CVPIA.

The act required the annual dedication of up to 800,000 acre-feet of CVP yield for fish and wildlife. Five years after the law’s passage and two years after a multi-stakeholder consensus effort, the Department of the Interior released its “Final Administrative Proposal on the Management of Section 3406(b)(2) Water”, commonly referred to as the B-2 decision, an adaptive management approach in which the amount of instream water for fish will vary given hydrological conditions and fish demands. The proposal, released Nov. 20 by Deputy Secretary John Garamendi, has been criticized by environmentalists and CVP water users and is now the subject of ongoing state-federal negotiations and a lawsuit.

The suit is illustrative of an overriding question — does cooperation or legal mandate hold the best future for restoring salmon? Although the Bureau began modifying CVP operations in 1986 for the winter-run, fishery and environmental interests contend it was not until the fish was listed under the ESA and NMFS developed a biological opinion that wholesale changes necessary to its survival were made. Water users, on the other hand, favor a collaborative approach as developed by CALFED, pointing to Category III habitat projects as the most promising salmon restoration efforts to date.

In the case of coho, Oregon restoration efforts will be driven by a cooperative agreement between the state and NMFS. While NMFS did not list the Oregon coho population under the ESA, it has declared three separate California coho populations as threatened. California officials are now working to develop their own coho-NMFS cooperative plan.

Even as work continues on instream habitat improvements, biologists know that’s only half the salmon story. The other half isoceanic conditions; salmon spend their adult lives in the ocean. While recent oceanic conditions have been good for salmon, the warm waters that accompanied the 1982-1983 El Nino caused a high mortality rate in salmon populations, and biologists are closely observing the effects of today’s El Nino.

This issue of Western Water provides an update of California’s efforts to restore winter-run and spring-run chinook and coho populations, and includes coverage of fishing restrictions and the B-2 proposal. Additional salmon information can be found in the July/August 1994 and November/December 1992 issues of Western Water.

Please contact the Foundation to purchase a full copy of this magazine.

We were pleased to be honored as a 1997 recipient of the Governor’s Environmental and Economic Leadership Awards. California Gov. Pete Wilson established the awards in 1993 to recognize outstanding achievements by organizations, individuals and programs that successfully balance environmental protection with sustainable economic development. The Foundation was one of two honorees in the category of Environmental and Economic Partnerships, recognizing our efforts to forge private-government partnerships to educate people about water issues.

The new year brings a new partnership, a new documentary and a new opportunity to focus public attention on flood issues, in particular northern California — hard hit by last New Year’s storm. The Foundation has formed a public-commercial television partnership to produce a television program about options to handle flooding on the American River. The program, Safe and Sound, will begin airing mid-January in northern California. Call us for dates and details. Another documentary our television producer, Sue Pearson Atkinson, and I are developing is about the Bay-Delta starring thirtysomething and Field of Dreams star Timothy Busfield. Tim married into a Delta farm family involved in water issues and has graciously agreed to narrate and host the production. As you may have heard, CALFED recently decided to postpone its decision on a preferred Delta “fix” from February to sometime this summer. Instead, CALFED will release in February a detailed analysis of the final three options for public review and debate, selecting one in the summer. We think our television documentary will go a long way, as CALFED’s Lester Show put it, to help more than the 150 people now involved really understand the options.

In addition to these projects, Colorado River problems will be a bigger focus for us in 1998. We plan to produce some briefings, newsletters and tours dedicated to lower and upper basin environmental, tribal and Mexican water issues — and of course, water transfers. I recently returned from Interior Secretary Bruce Babbitt’s annual address on the state of the Colorado River where work on the California Plan and the Imperial Valley-San Diego transfer was the issue (see Colorado River Update).

We thank you for your support and interest in our growing program and offer best wishes for the New Year.