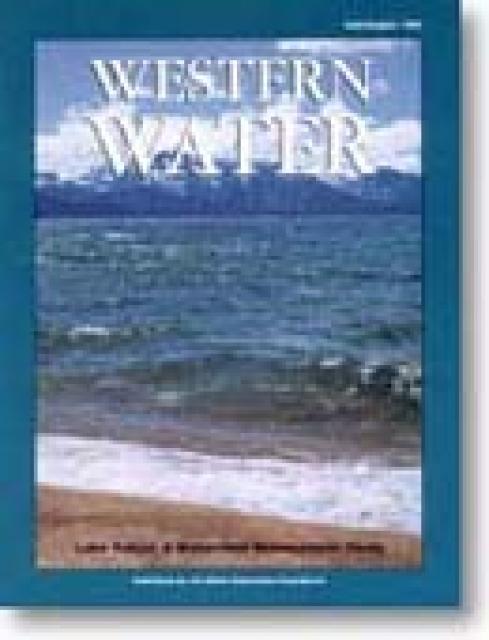 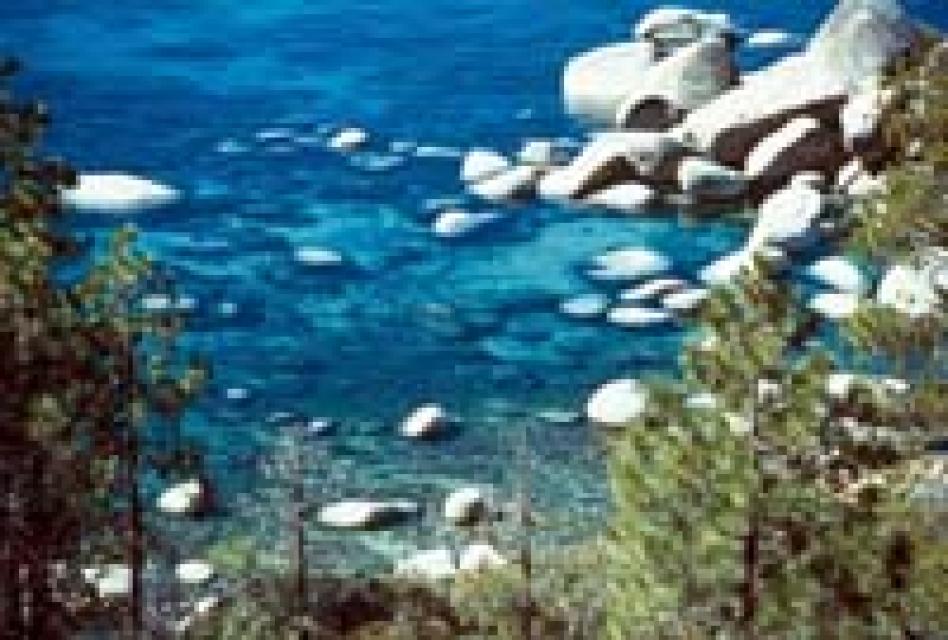 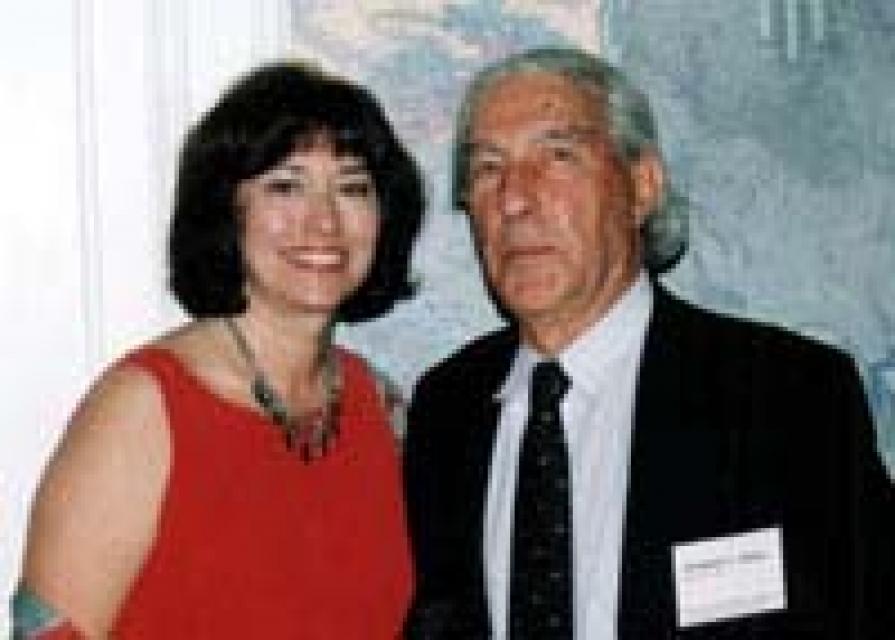 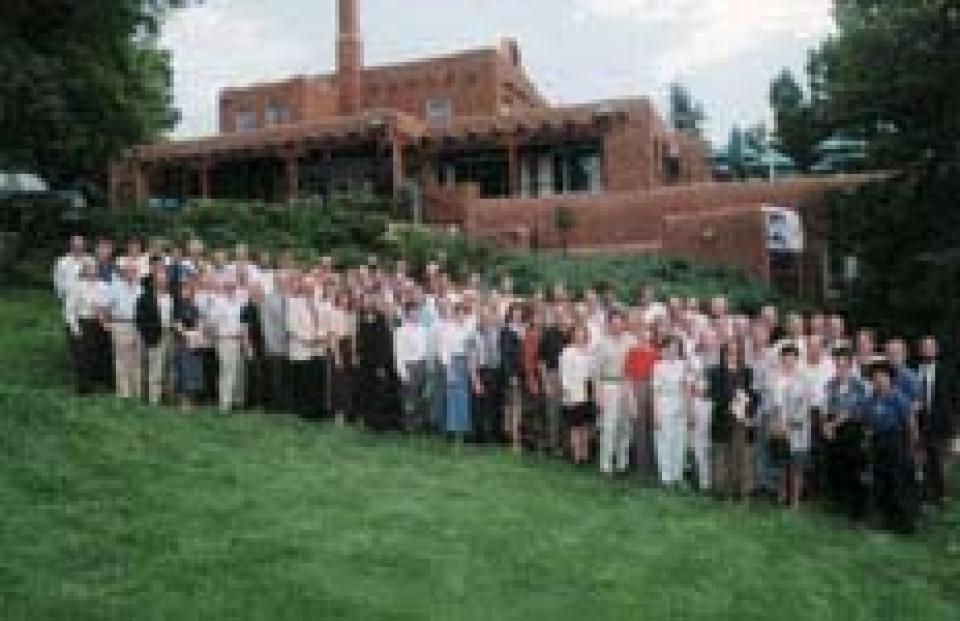 Lake Tahoe is one of the Sierra Nevada’s crown jewels, renowned for its breathtaking clarity. The high-altitude, clear blue lake and its surrounding basin, which lie on the California-Nevada state line, is a spectacular natural resource that provides environmental, economic, recreational and aesthetic benefits.

The rapid commercial and residential development of the Lake Tahoe Basin since the 1950s, however, has adversely impacted the pristine waters of the deep alpine lake, which Mark Twain described in Roughing It as, “not merely transparent, but dazzlingly, brilliantly so. All objects seen through it had a bright, strong vividness, not only of outline, but of every minute detail.”

Lake Tahoe’s transparency and cobalt blue color are attributed to the lake’s historically low nutrient levels and corresponding minimal algae growth. However, the lake’s clarity, viewed by many as the indicator of the health of the basin’s ecosystem, has been diminishing at a worrisome rate. About one and a half feet of transparency have been lost each year since the early 1960s.

“We are at a critical stage, and if we don’t do something within the next 10 years the lake will be lost,” said Jim Baetge, executive director of the Tahoe Regional Planning Agency (TRPA), a bi-state agency that regulates land use and water quality in the basin.

Because time is considered of the essence, a presidential forum will be held July 25-26 to focus attention on protecting and restoring the lake before it is too late. “Our economic well-being is inextricably linked to a healthy environment,” said U.S. Sen. Harry Reid, D-Nevada. Reid initiated the high-level forum and expects it to be as significant as the 1993 presidential Northwest forest summit.

The forum is strongly backed by a public-private partnership that includes regional, state and federal public agencies, businesses, environmental groups and the Washoe Nevada/California Indian Tribe. The partnership hopes the summit will result in needed funding for agreed-upon environmental improvement programs to restore the lake.

“The lake is in the early stages of eutrophication [over enrichment of the lake] and if it continues, it will be a very ordinary lake in 20 to 40 years,” said Charles Goldman, University of California, Davis (UCD) professor of limnology, the study of inland waters. Goldman has studied the lake since 1959 and is the director of the Tahoe Research Group, which has extensively monitored the lake and its tributaries.

Development of the basin’s fragile and erodible land and the construction of highways, streets and logging roads, as well as traffic fumes, send phosphorous and nitrogen compounds into Lake Tahoe, which spur algae growth. Algae and suspended sediments cloud the lake and reduce its transparency.

The situation is aggravated by the loss of wetlands and marshes, which catch sediments and minimize the amount of nutrients hitting the lake and provide habitat for more than 260 wildlife and fish species. More than 75 percent of the basin’s marshes, 50 percent of its meadows and 35 percent of its riparian areas are gone. The dredging and development of Tahoe Keys Ð a commercial and residential South Shore development Ð destroyed what was once one of the largest wetlands in the Sierra Nevada, the delta of the Upper Truckee River (see page 10 for more information). It was a critical loss, according to Charles Goldman.

Research and monitoring, land use regulations that slow the pace of growth and prohibit development on sensitive lots, acquisition of fragile parcels and restoration of degraded land are tools used to control the deterioration of Lake Tahoe. The years of efforts to protect and restore the lake’s exceptionally high water quality have curbed threats from spiraling population growth, tourism and the accompanying development and increased local traffic emissions, but the lake’s clarity and quality continues to decline.

“Efforts to protect Lake Tahoe have done a lot of good, but the degradation of water quality is continuing unabated,” said Thomas Cahill, head of UCD’s Air Quality Group. “The task of stabilizing the lake is daunting.”

Two years ago, after nearly 150 years of battle over the private and public use and abuse of Lake Tahoe’s resources, a public-private partnership was formed to try and resolve the loss of water clarity. The first major fight was over the basin’s forest, much of which was cut down between 1860-1890 for the Comstock silver mines in Virginia City, Nev.

Near the turn of the century, the lake become a prime recreational area. According to historian John Sears, “Nineteenth century tourists came to Lake Tahoe to experience its restorative powers, to see it sights, and to be spiritually uplifted amidst its well known beauties.”

Lake Tahoe was proposed as a national park in 1900, 1912 and 1918 but never attained that status primarily because of opposition from local government and major landowners Ð particularly the railroads Ð and forest degradation. Since that time, private landowners have maintained considerable clout and public access to the lake has shrunk significantly although millions of people visit the basin every year. Less than one-third of the shoreline and about one-half of the suitable beaches are in public ownership.

In 1969, California, Nevada and the U.S. Congress created TRPA, the Tahoe bi-state regulatory planning agency. TRPA released a regional plan in 1984 that set environmental standards for the basin, but it was challenged in court by environmentalists and the state of California for being inadequate. Private property-right representatives also sued, contending that the regulations improperly infringed upon landowners’ rights.

After working in a broad-based consensus group, TRPA released a revised plan in 1987 to protect the lake, a precursor to ecosystem-wide management. TRPA was sued once again by several hundred landowners for its land use restrictions.

On May 27, the U.S. Supreme Court ruled in favor of a Tahoe landowner, Bernadine Suitum, who had been prohibited from building on her lot because it is a wetlands. The court unanimously held the property owner can go to trial and contest the value of the transferable development rights attached to her property.

According to a voluminous 1996 report by the Sierra Nevada Ecosystem Project (SNEP), “Conserving Lake Tahoe is very expensive, time-consuming, and complex because it is a highly disturbed and fragmented watershed due to a history of early clear cutting and recent rapid urbanization, and because of the pattern of mixed ownership of land.”

Because of the long-term scientific monitoring and studies of Lake Tahoe, lessons learned from the regional watershed and ecosystem management programs can provide valuable insight into sustainable management of other threatened regions, particularly the Sierra Nevada, also adversely impacted by population growth and harmful resource use and extraction practices.

This issue of Western Water will look at past and present uses of Lake Tahoe and the basin, their impacts on water quality and clarity, the upcoming presidential Tahoe forum, measures to protect the lake and ongoing land-use controversies.

We recently sponsored a major seven state symposium to recognize the 75th anniversary of the Colorado River Compact and examine key issues and directions for sharing the river today. About 120 invited water leaders gathered at Bishop’s Lodge in Santa Fe, New Mexico, to analyze the compact, which divided the waters of the Colorado River between the upper and lower basins. The compact was negotiated in 1922 at Bishop”s Lodge under the leadership of then-U.S. Commerce Secretary Herbert Hoover. The compact marked the first time in U.S. history that more than three states had sought to solve a problem among themselves by treaty. The compact made possible the Colorado River’s many dams and aqueducts.

However, at the symposium we learned that the compact has its flaws. The document revealed a generation little concerned with American Indian water rights and hoping to ignore Mexico’s Colorado River rights. And the framers of this 1922 document would prove more interested in using nature than preserving it. In spite of these oversights, 75 years later the compact remains one of the most significant documents in the “Law of the River.” The men who framed the document in Santa Fe left a legacy from their actions that challenges the men and women of today to find solutions to fit this time.

There were some memorable moments during the two and one-half day symposium. Historian Dan Tyler’s full-dress impersonation of Ward Banister, a contemporary of the compact framer Delph Carpenter of Colorado set the tone for understanding the times in which the compact was negotiated. Kennedy-Johnson administration former Interior Secretary Stewart Udall’s speech at the Friday banquet, covering his career triumphs and regrets, kept the audience on the edge of their seats. Interior Secretary Bruce Babbitt made a special appearance to introduce Udall, whom Babbitt had not seen since he became Interior secretary in 1993. At the closing panel, the eyes of the other state representatives were on California’s David Kennedy, who, with the four major southern California water purveyors, presented a draft water budget for California to live within its 4.4 million acre-feet Colorado River apportionment Ð as requested by Secretary Babbitt last year.

California will receive $780 million in emergency federal funding to repair damage wrought by the New Year’s floods under a bill signed by President Bill Clinton June 13. The January storms killed eight people, forced the evacuation of 120,000 people and caused nearly $2 billion in damage.

The emergency disaster relief bill, which was delayed by bipartisan controversies over non-related flood matters, provides money for levee repair, road work and repairs at Yosemite and to agricultural land.

Gov. Pete Wilson has asked the state Legislature for nearly $31 million over the next two years to improve the Central Valley’s flood management system battered by the historic January deluge. Wilson is seeking funding for structural and nonstructural flood control measures recommended by his Flood Emergency Action Team’s (FEAT), in its final report released June 6.

“We can’t control what Mother Nature has in store for us but we can take decisive steps to ensure that we’re not left out in the rain,” said Wilson, who created FEAT on Jan. 10 to recommend short-term and long-term flood protection improvement measures.

The FEAT report recommends 65 actions to improve floodplain management and emergency response and calls for additional studies, including comprehensive watershed management studies of the Sacramento and San Joaquin rivers.

However, the most contentious flood management issue Ð building in undeveloped floodplains Ð is not addressed in the report. Instead, Wilson will appoint a Floodplain Management Task Force to examine the issue. The FEAT report asks this task force to evaluate land use policies in undeveloped floodplains, develop nonstructural management strategies, consider mandatory flood insurance and make recommendations by March 1, 1998.

A possible funding source for the $31 million request is a proposed bond measure before the state Legislature that would finance flood control and prevention programs. The legislation tracks FEAT recommendations and includes financial incentives for floodplain management. On the Senate side is SB 312 by Sen. Jim Costa, D-Fresno, and on the Assembly side is AB 254 by Assembly- member Mike Machado, D-Linden. If successful, the measure would place a general obligation bond of approximately $600 million on next June’s ballot.

In a closely watched case on flood district liability, the California Supreme Court ruled May 8 that districts are not automatically liable for flood damage caused by a breach in their flood control systems. In Bunch v. Coachella Valley Water District the court held that liability should be determined by a test of reasonableness, balancing the public need for flood protection against the private harm caused by flood control improvements that fail.