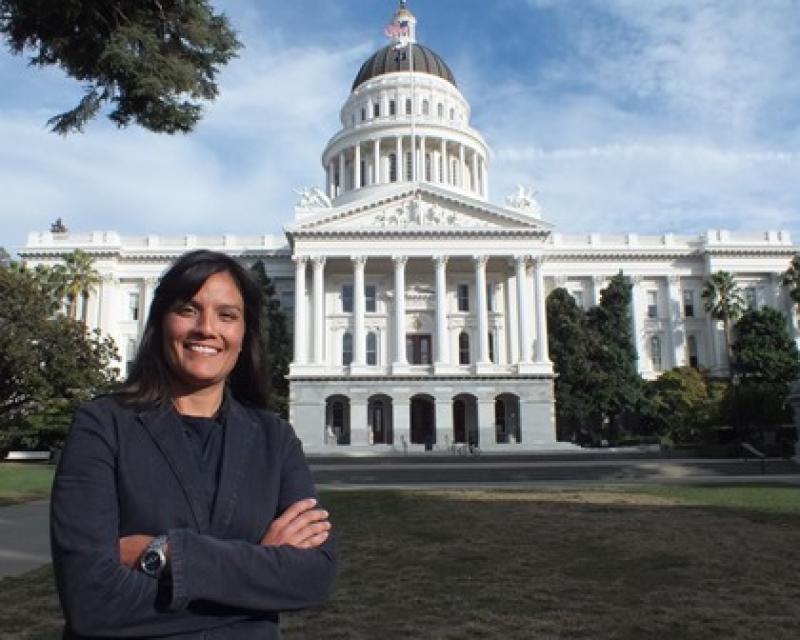 What was your job when you were in the Water Leaders class? Legislative Coordinator for the United Farm Workers (UFW) AFL-CIO covering labor and environmental issues.

What do you do on a day-to-day basis?

I advise the governor on legislation involving water and other environmental issues. The biggest thing I do is recommend whether he signs or vetoes a bill. (Editor’s Note: about two months after this was published, the governor appointed Guzman Aceves to the California Public Utilities Commission)

What is the most pressing water issue that you are dealing with?

There’s not just one. The San Joaquin and Sacramento river flows, the water infrastructure needed in our state, particularly the WaterFix and drinking water in terms of access to affordable and safe drinking water. The Salton Sea is also a big one; the Colorado River users need to step up on the Salton Sea.

The first two are so inter-related with having a healthier water supply in the state that’s not actually inherently hurting fish, but being smarter and more modern with our whole infrastructure. And those are two major pieces that have been happening over the last two years that reflect a bigger issue on how we operate our water systems.

Did you learn anything during the Water Leaders class that is helping you now?

Absolutely! Just the core knowledge and foundation of Water 101 in California. I had a focused knowledge on drinking water in rural California at United Farm Workers, but I didn’t know about, for in­stance, the tributaries for the San Joaquin River. So I definitely learned a lot about baseline physical knowledge of water infrastructure in California.

Who was your mentor and what valuable advice did you get?

I had Fran Spivy-Weber; she was an amazing mentor. At the time, she was head of the Mono Lake Committee and she took me to the annual board meeting out of Bishop and I saw Mono Lake and got the whole history of that experience. That really helped me later in my career with the IID-San Diego water transfer. There’s nobody who taught me more about working with partnerships, from low-income communities in East Los Angeles, and tying it back to the rural communities. She also had a very diverse board at the time; they were Republicans, Democrats, conservationists, builders.

What was it like seeing Mono Lake for the first time?

It was amazing. It was literally seeing another landscape that was completely foreign.

What advice do you have for young professionals in the water world?

I think that moving forward, management is only going to get harder. We’re going to have less snow, we’re going to have to break the old paradigm, and we can do that without displacing how our econo­mies are based. It doesn’t mean the end of agriculture or anything; we just really have to be thoughtful about how we deal with this reality. It’s going to cost money and how best do we finance these things, especially when most users of water in California are not necessarily ready to pay more for water? We really need their fresh minds on this issue to deal with these really big changes in our water supply. No pressure, they just have to save the world