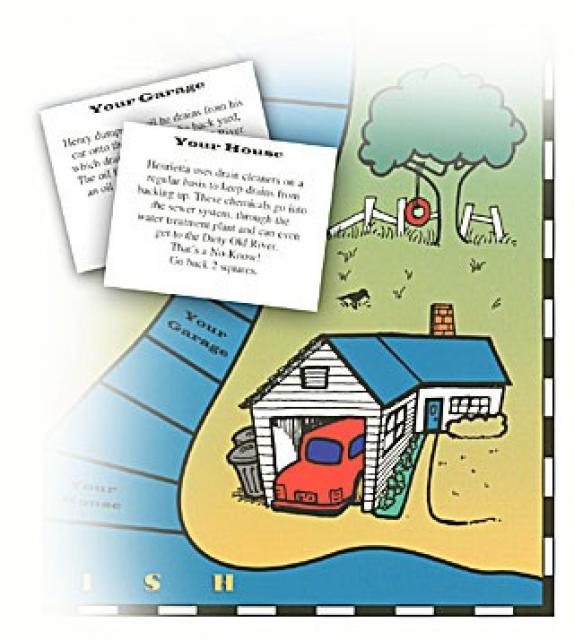 Types of nonpoint pollution that ultimately end up in our waterways include used oil poured into storm drains, soil washed from construction sites, grease from restaurants, paint brushes cleaned in the street, or fertilizer and pesticides washed off farm fields and city lawns. That’s why it is so important for all of us to clean up our act and learn how to prevent such pollution.

The Foundation’s “No-Know Game” can help you learn about bad pollution practices and how to prevent pollution. Consider these two examples from Your Garage:

“Henry dumps the oil he drains from his car onto the ground in the backyard, which drains into the Dirty Old River. The oil from 1 engine can produce an oil slick of 8 acres on the river! That’s a No-Know. Go back 2 squares.”

“Henrietta recycles the oil and antifreeze by placing them separately in clean plastic containers and taking them to the recycling center and local gas station. Put-’er-there, Pard!”

Once you play this game, you’ll never be able to say, “Oh no! I didn’t know,” again. 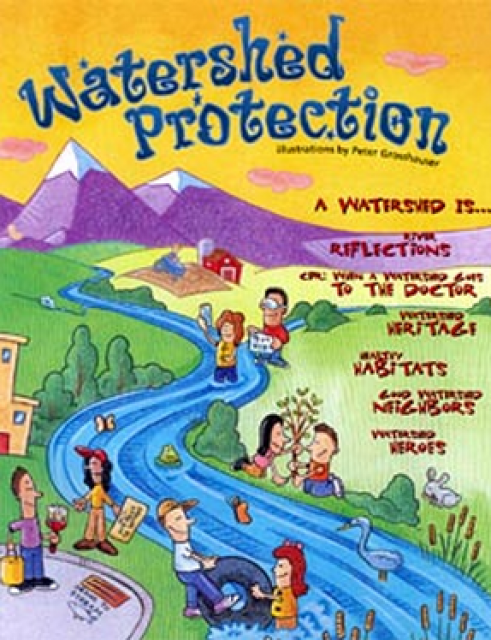 For grades 4-7, this colorful, 16-page, interactive booklet helps children learn the answers to a host of questions. What is a watershed? How can you protect a watershed using simple, everyday actions? Who manages a watershed? What watershed habitats support different plants and animals? Kids can even become a certified Watershed Hero! 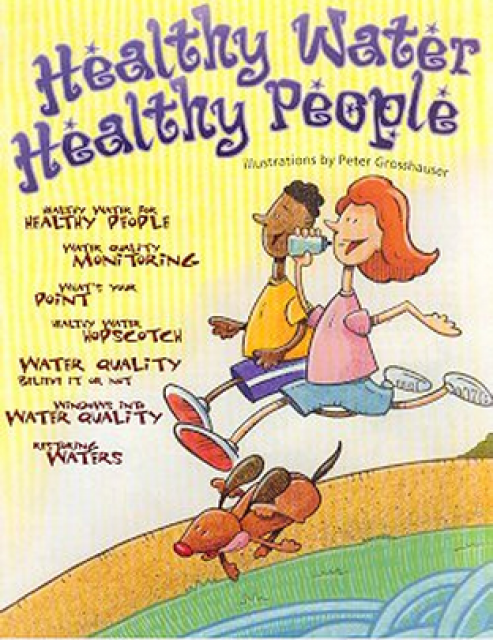 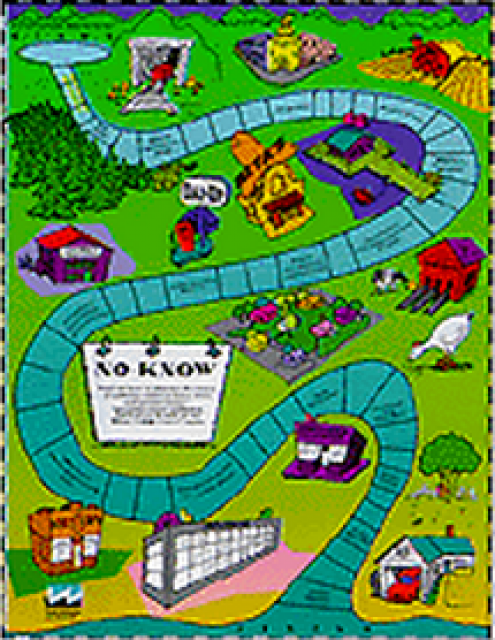 Plastic mounted board game that teaches children – and adults – about the source of their drinking water, what pollutants water may encounter as it moves through the watershed, and how to avoid contributing to nonpoint source pollution. Durable 17×22 inch game board. Game comes with four playing pieces, die and 64 game cards.