Dry, Wet or Average? The Challenges for Water Project Operations 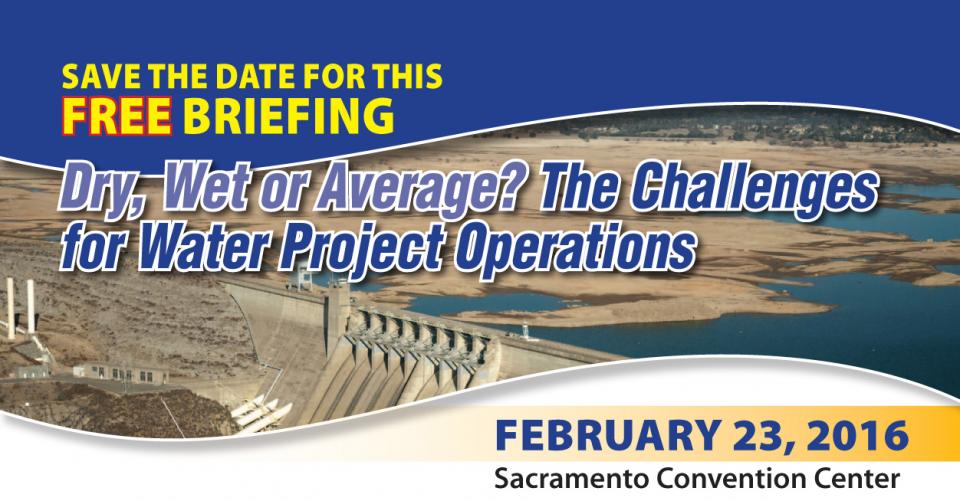 Water year 2016 began with the potential for heavy El Niño rains that captured the attention of the public. State and federal officials knew that California’s drought-stricken reservoirs would not recover that quickly.

Hydrologic conditions, precipitation patterns, the need for fishery flows, and forecasts of state and federal water project operations were all discussed at a special FREE briefing held February 23, 2016. Sponsored by the California Department of Water Resources and the Water Education Foundation, the briefing was held at the Sacramento Convention Center, Room 202.

This foundation event has been archived and may contain content that is out of date.
Foundation Event February 23, 2016
Sacramento Convention Center
1400 J Street, Room 204
View map
Back
This item appears in:
Footer pod May 20, 2014