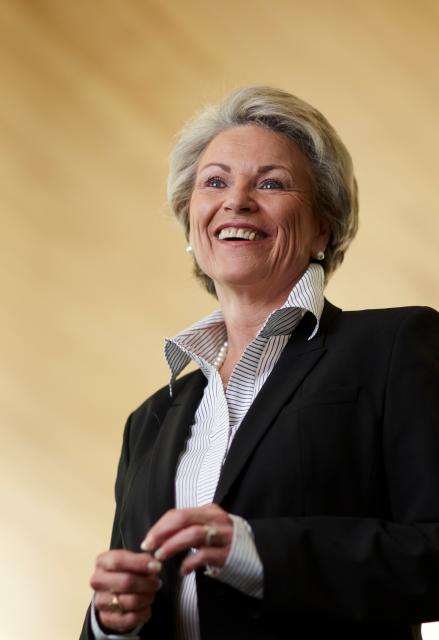 Pat Mulroy, a leading figure in Western water and the former general manager of the Southern Nevada Water Authority who oversaw the agency during a major period of growth and drought, was the guest speaker at the 2016 Anne Schneider Lecture on April 6.

Ms. Mulroy spoke on “Interdependent Resilience: Beyond the Doctrine of Prior Appropriation.” The event was held at the Crocker Art Museum in Sacramento. You can read a blog item here about her lecture.

She is a founding chair of the Western Urban Water Coalition, and she was a founding member of the Water Utility Climate Alliance.