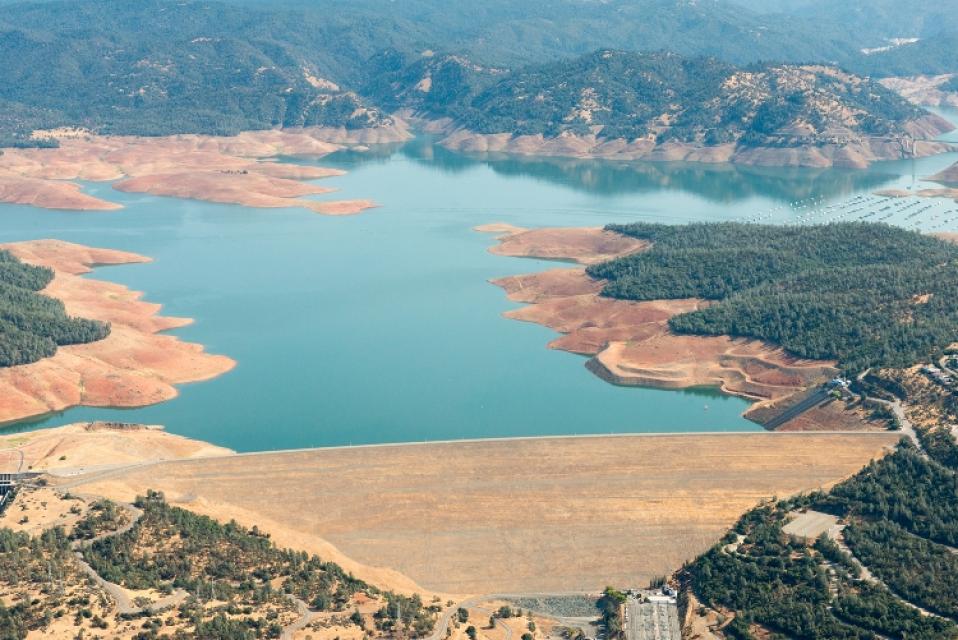 Michael Dettinger, research hydrologist with the U.S. Geological Survey, said parts of California have fallen more than two years behind where they should be in terms of receiving “normal” precipitation. The situation augurs what would be expected under projected climate change conditions as average annual temperatures warm and the snow level declines.

“We have in the midst of this drought an idea of what future droughts might look like,” Dettinger said. He is co-author of the upcoming chapter, “Climate Change and the Delta,” published as part of the 2016 State of Bay-Delta Science. Dettinger’s Sept. 7 presentation, “Deconstructing the Current California Drought,” was part of the Delta Science Program’s continuing series.

Cumulatively, the lack of precipitation translates into 313 million acre-feet less water flowing into what Dettinger termed the “Delta catchment” between 2012 and 2015. The period between January 2013 and January 2014 was record-breaking, with total precipitation a paltry 35 percent of normal, beating the next lowest stretch by almost 20 percent.

Sierra Nevada snowpack totals are more than two years behind from where they should be as well. Others barometers analyzed by Dettinger indicated tepid streamflow and total reservoir storage struggling to stay at 50 percent of normal.

As expected, outward flows from the Delta have dropped, though Dettinger noted the data from the current drought “doesn’t stick out as sore thumb.” The overall trend the past 30 years  is downward compared to the historic normal with occasional wet years, he said.

The failure of storms to emerge from the Pacific is to blame but so are warming temperatures, which draw moisture from vegetation and the ground in a process called evaporative demand. “The last couple of years have left the historical record behind,” Dettinger said. “Temperatures have been record-breakingly high.”

The drought’s effects are two-fold: the obvious lack of rain and clear, hot skies baking the landscape to a crisp, a trend that is increasingly more problematic. Evaporative demand has “just pushed aside the precipitation deficit in the San Joaquin and southern Central Valley,” Dettinger said.

The 2015-2016 water year (the water year runs from Oct. 1, 2015-Sept. 30, 2016) was marked by some reprieve in Northern California while Southern California, where predictions of an El Niño-fueled weather pattern fell short, “tanked,” Dettinger said. From a statewide perspective the water year “wasn’t anywhere near normal,” with warm temperatures eating away at the snowpack.