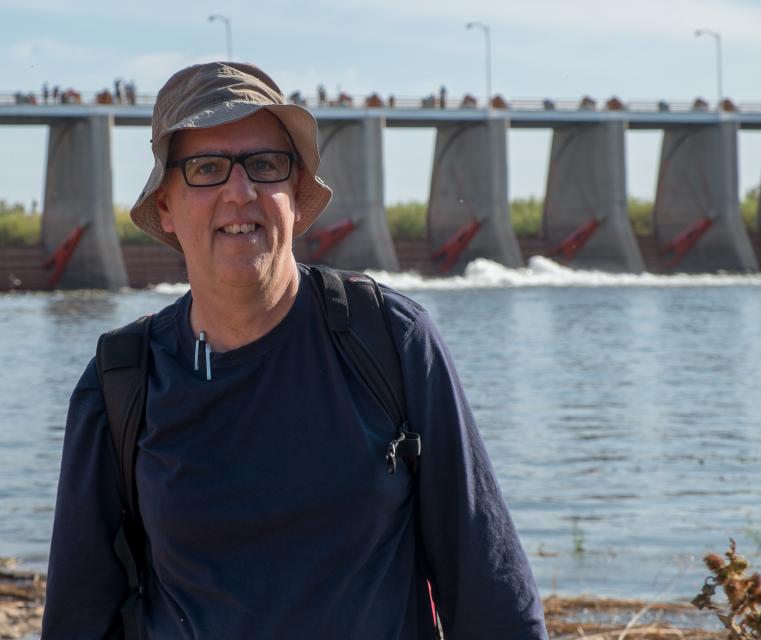 John Fleck has spent a lifetime covering Western water issues. For 25 years, he reported on science and the environment for The Albuquerque Journal.  Since 2000 he has penned the acclaimed water blog Inkstain while working as the writer-in residence at the University of New Mexico’s Water Resources Program. This year he was appointed as director of the university’s program, and just released a new book: Water is for Fighting Over: and Other Myths about Water in the West

Fleck took time out of his busy schedule for a Q&A about his work, his passion and thoughts about Western water.

Q: What’s the message of your new book?

A: There is a long tradition in the literature of Western water, going back to Wallace Stegner’s Beyond the Hundredth Meridian and Marc Reisner’s Cadillac Desert, of pointing out the grave problems we created over the last century by overbuilding a hydraulic society in this arid land. But there’s a transition underway in the communities of the West – away from dam 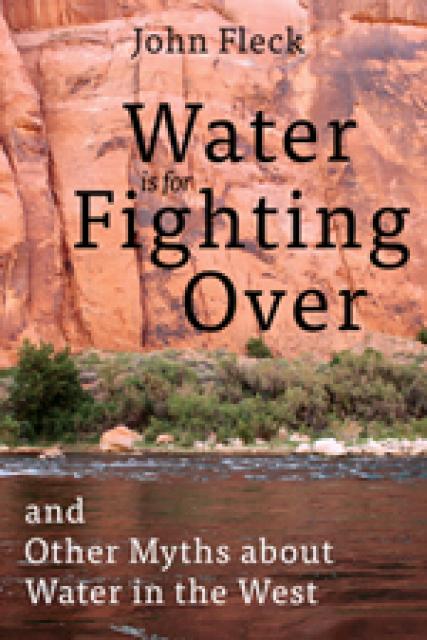 building and toward efficiency, away from conflict and toward collaboration, away from environmental destruction and toward returning water to the rivers we love. If we’re going to succeed at that transition – and I think we must – we need to move beyond the old apocalyptic narratives. For this book I sought out the places where we’ve succeeded, so we can learn from the successes as we go forward. I came away from the experience optimistic.

Q: Did you learn anything new about the river or water in general? Anything that was unexpected?

A: When I began this project more than a decade ago, I really thought we were headed for a crash. But as I traveled the West looking to document the stories of people running out of water, I found far more examples of people not running out of water, people adapting to scarcity. I came around to this slowly – journalists are by nature cynical – but I gradually realized that was the story. What’s at the root of these successes, and how can we learn from them and build on them?

Q: What will you be doing in your new position as director of the University of New Mexico’s Water Resources Program?

A: My primary job is working with graduate students who are studying water resources, helping educate the next generation of water managers. Water is a profoundly interdisciplinary topic, and the University has a terrific cadre of faculty members who work on water issues, from law and public administration to engineering, biology and hydrology. I see students as one of the keys to connect UNM’s scholarship with the real world problems of water management.

Q: With your new job, are you going to keep Inkstain going?

A: Inkstain will live on. Between the new job and the rollout of the book, I haven’t had as much time as I’d like for blogging lately, but it’s a key part of who I am and what I do. As an old newspaper beat reporter, I’m used to writing day by day, and the blog form is perfect for that.

Q: What’s the goal of the blog?

A: The goal? Hmmm. My late father was an artist, and he always had sketchbooks going, where he would just noodle around, working out his ideas. Inkstain is that, except that it’s sketching in public. I’ve always found that writing in public clarifies the mind. So it’s really a personal project, done for my own benefit without a lot of thought about who the audience is. But in recent years Inkstain has become popular and pretty well read in western water policy circles, so I try to take advantage of that, to use it as a platform to share my ideas about issues I think are important.

Q: How did you get into writing about water issues? What’s the appeal to you?

A: I’ve been writing about water since I first started newspaper work in Southern California in the late 1980s. I’ve always been fascinated as a writer by society’s connective tissue – power grids, highways, sewer systems, things that are crucial but don’t get a lot of attention. Water, I realized early on, is the most important of these.

Q: What’s your take on how to inform people about water issues? Is the general audience ‘getting it,’ do you think?

A: There’s no one right way to inform people, because the audiences and their interests are so diverse – different “general publics”, farmers, city folk, water managers of all different stripes.

I’m never sure if folks “get it”, but I think the California experience over the last five years is instructive. If you look at the per capita water use numbers, and the remarkable conservation success, the answer seems to be “yes”. In an unprecedented drought, most communities conserved a lot of water, and while there are notable and serious exceptions, the vast majority of communities as a result didn’t run out of water.  That’s a measure of widespread changes in public behavior. The groundwater problems in California’s Central Valley suggest there’s still a long way to go, but I think we’re making progress.

Remember, I’m the optimist in the room.